Donut King makes you the chef

As countries around the world have been locked down we have seen amazing creativity, hilarious memes and some inspirational quotes about what is important in life. When it comes to what is important to the Long family, particularly Trev, it is Donut King.

Donut King we love you, there is pretty much nothing you do the Long family doesn’t love. EFTM regulars will know cinnamon donuts for Trev rank higher than me. Disappointing but true.

Last week we discovered an awesome new product from Donut King Richmond Marketplace. My collegue from work text to say she was dropping over a treat and to check my front door. The kids and I found a box of do-it-yourself donuts. Kids super excited. Text Trev, he was excited too.

Basically you get a bunch of plain donuts, a couple of options of icing, lollies and sprinkles. You just need to zap the icing in the microwave till it is runny and let the kids go wild.

Our little sugar addict Victoria had more lollies than donut. Harrison was a little more reserved until he saw Victoria’s and his second donut was heavily loaded with lollies. Jackson was arty and made his look good for his new found photography obsession (thanks for taking these shots Jacka!).

We got ours from Andrew from Donut King Richmond Marketplace who is more than happy to help you out. Check out his Facebook page for some cute ideas on decorating donuts for Mother’s Day. However, you can ask your local donut king, lots are offering this as an option.

We’ve seen other Donut King stores offering the same thing – so call your local store to find out if they can offer the pack!

A cute idea for Mother’s Day fun, a top idea for iso birthday celebrations or you might consider getting a few boxes and delivering them to put a smile on friends faces. You won’t be disappointed. 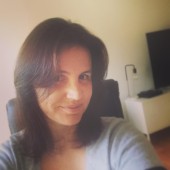 Backcountry Boiler is a compact water boiling solution for hikers