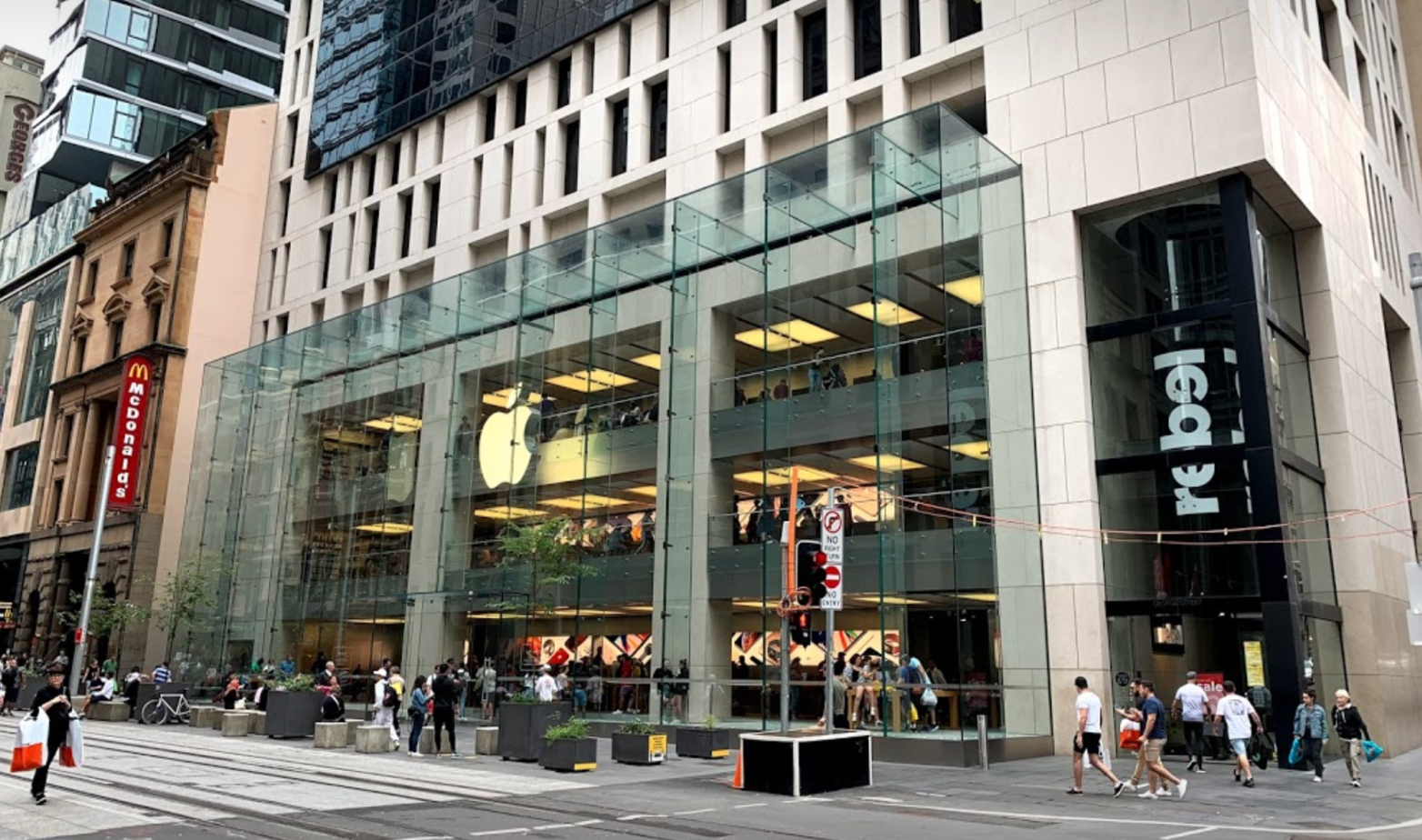 Apple’s first retail store in Australia opened in June 2008 in the City of Sydney on the corner of George and King Streets, and now, twelve years later it is opening again this Thursday after a long period of closure for renovations.

Being so old – by Apple’s terms, the Sydney store, while iconic in its own right had grown out of touch with the new style of stores Apple are building.

Today, their iconic stores have a “forum” and are much more of a welcoming “space” than a sales driven environment.

The renovations will bring the Sydney store closer to the standards of a flagship Apple Retail store.

Apple’s Senior Vice President of Retail Deirdre O’Brien says of the re-opening “We are excited to reopen Apple Sydney and welcome back the customers we’ve so missed during the renovation. The landscape we open in today is very different than when we closed in January. Our top priority is the health and safety of customers and employees, so we’ll reopen with several enhanced measures in place including social distancing, temperature checks and face-coverings. In every store, we’re focused on limiting occupancy and giving everybody lots of room, and renewing our focus on one‑on‑one, personalised service at the Genius Bar and throughout the store.“

“Since Apple Sydney opened almost 12 years ago our team has helped introduce Australians to iPhone and iPad, welcomed millions of visitors and helped countless customers with advice and support at the Genius Bar. It’s a great privilege to serve the city’s community, and we look forward to the return of our Today at Apple program of free and inspirational events, labs and workshops in the future.”

The store opens it’s doors at 10am this Thursday and will be a welcome addition to the “support” booking page for those with Apple devices needing some genius attention.

Expect temperature checks and limitations on the number of customers entering the store for some time.

The “Forum” features a 5K video wall, which is where all the “Today at Apple” sessions will kick off, while the Avenues with Living Walls and a new Boardroom will be there for lots more engagement with staff and customers.