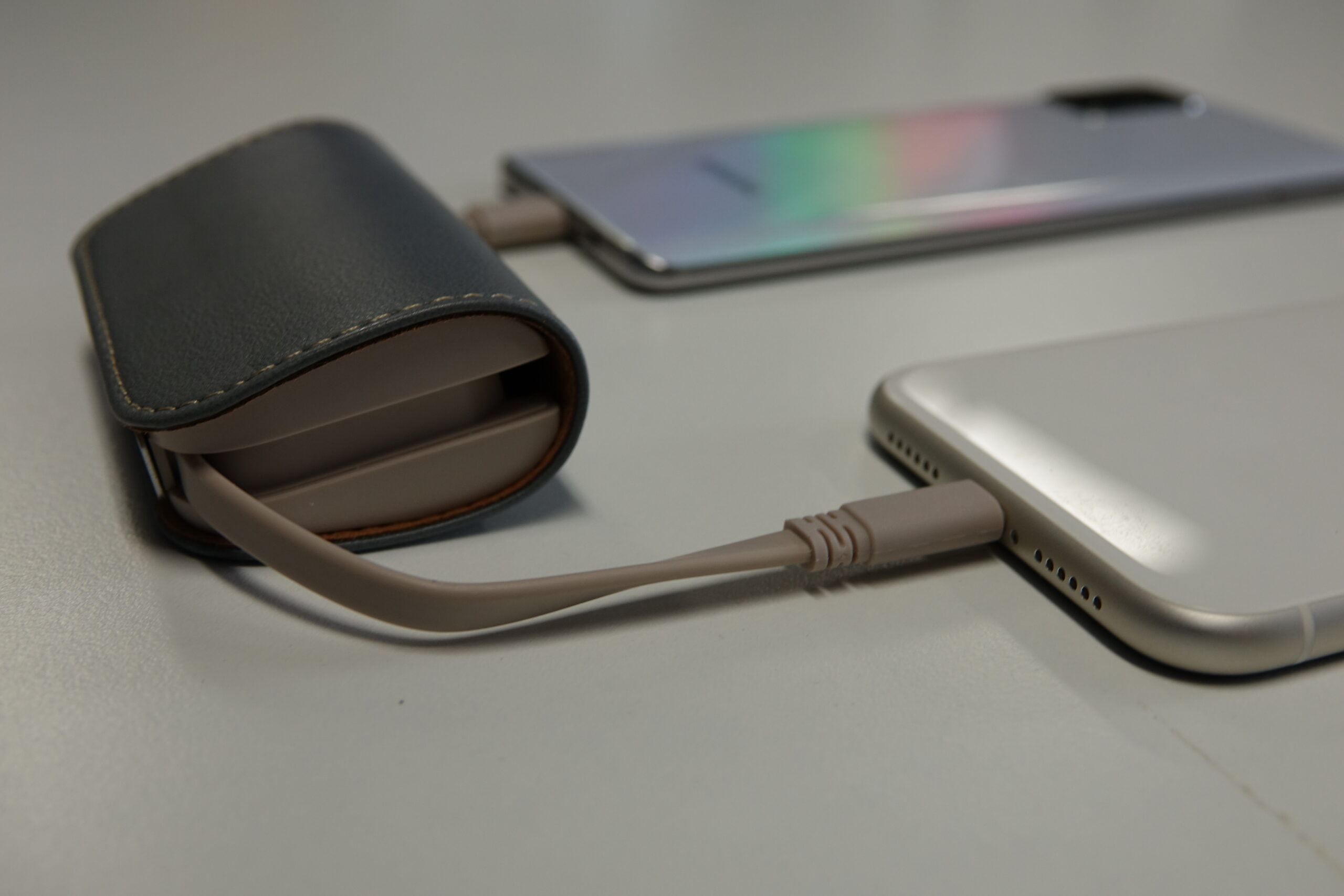 There’s plenty of portable battery chargers out there, I get that. But this one is different.

Firstly, built in cable for your phone. That’s also not new, but it is a tick from me.

Here’s the thing. Sometimes there’s more than one person sucking the juice from your battery pack – do they both have iPhones? Not always. The Moshi IonGo 5K Due has a lightning cord and USB-C cord built-in.

With a 5,000mAh battery you’ll juice up a couple of phones.

Plus, with a USB Wall plug you can even do a passthrough to your iPhone direct from the wall.

It’s also got fast charging, 15W output on USB-C and 12W on Lightning that’s faster than your average charger.

And here’s another reason to look at the bigger established brands like Moshi – over and above your cheap and nasty ones. Moshi have built-in a low internal resistance and low self-discharge, so a fully charged IonGo will provide some juice even after more than two years in storage.

It’s new, but expect it in-stores soon. Right now you can grab it for a bit over $100 on Amazon