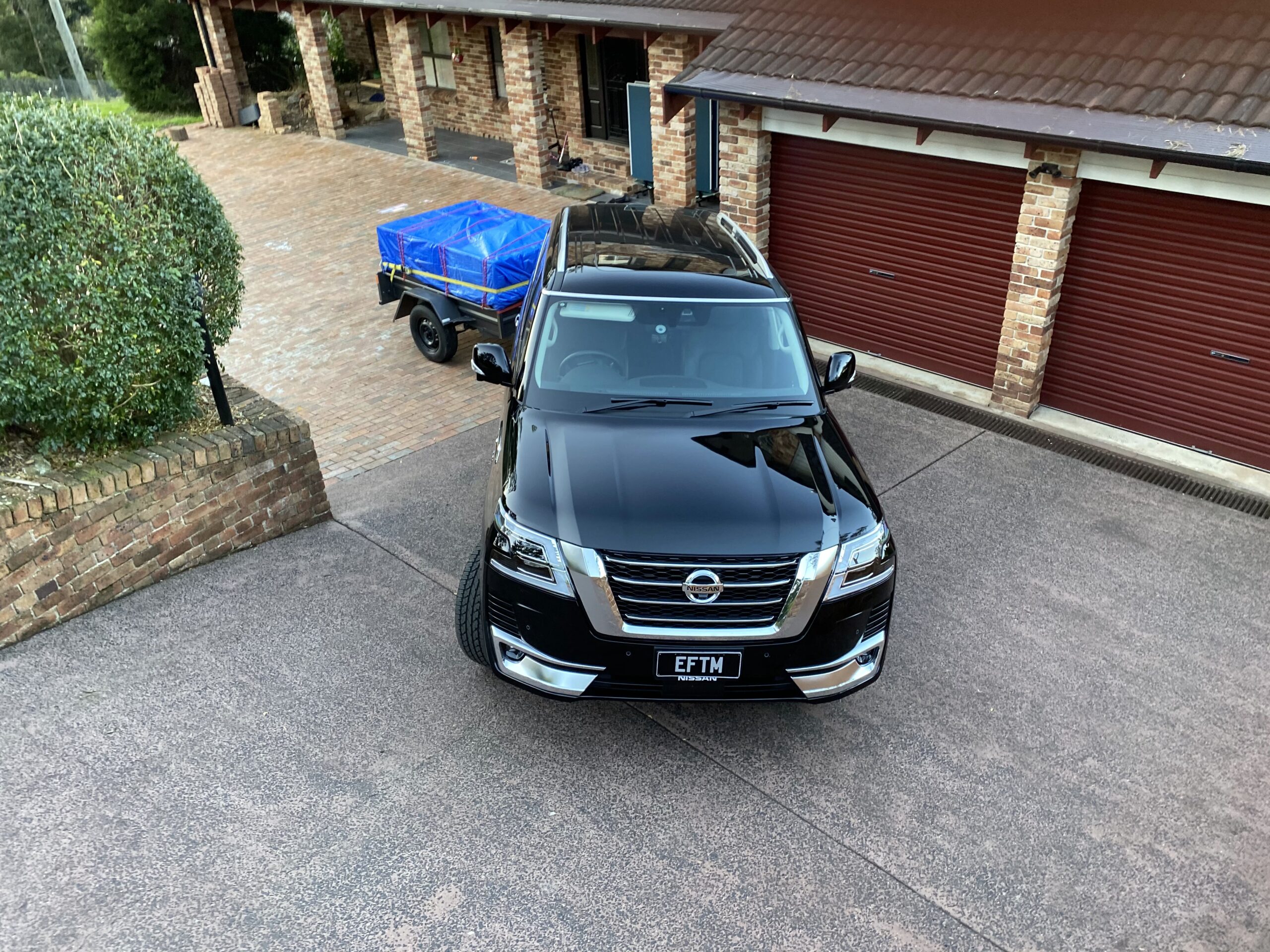 With COVID looking done and dusted, Mrs Flipsy and I started to plan for a little drive in the country to spread some much needed tourist dollars and to blow away the cabin fever we’ve all been feeling. Of course, these early plans didn’t count on the Mexicans stuffing it up for the rest of us!

We had originally planned a trip to Tibooburra to check out the new sealed road running from the little outback outpost to Broken Hill. Admittedly, not much of a big deal to us here on the east coast, but a bloody big deal to the 150 or so people who call it home.

A quick run on the remaining unsealed section up to the QLD/SA border would have been the cherry on the cake. Still, with Victoria shutting down quicker than Gowings and uncertainty all around, we thought it best to stay a little closer to home, without weakening the spirit of what we were hoping to achieve.

Our companion for this drive was Nissan’s superb and recently upgraded Patrol Ti-L. We decided to travel a circular route from Sydney to Taronga Western Plains Zoo.Travelling north to the small township of Uralla on the New England Highway, via the spectacular The Bucketts Way, we then turned due west through the Warrumbungle Shire and some of the most beautiful countryside you’re ever likely to see, before hitting the Zoo in Dubbo.

The home run would see us knock out a quick lap of The Mountain (at a double demerit point friendly 60kph!), before tackling Friday afternoon peak hour on a wet M1. All in all, a great test of the big Nissan if ever there was one.

The Nissan Patrol is really in a class of two; it and its arch nemesis, the Toyota Landcruiser. Both are now quite dated, enormous and brilliant at covering vast distances comfortably and confidently. The RAM 1500 is equally enormous, but only a five seater.

For this considerable outlay, regardless of your choice of manufacturer, you get unparalleled off road ability, superb long distance cross country comfort and unrivaled road presence. Where these two differ is in their choice of fuel type – the Patrol is exclusively petrol while the Landcruiser is exclusively diesel.

Traditionally in this type of car, diesel would be your only sensible choice, but with the ever increasing complex (and expensive to repair and service) nature of modern diesel engines, there is a very good argument to go petrol. I know this is going to be controversial, but I’m going out on a limb here.

Personally, I’d rather save $10k on the initial purchase and pocket the $8k needed every so often for diesel injectors and happily pay a bit more at the pump on every refill. I think, in the long run, it’d be a close run thing. The icing on the cake is having a punchy and silky smooth drivetrain. For me, it’s petrol over diesel everytime.

The exception to this rule might be if you are often towing a big weight, but I’m going to go out on another even longer and thinner limb now. If you’re traveling this wide, brown land towing something that is close to the Landcruiser’s or Patrol’s maximum 3500kg towing capacity, you’ve got rocks in your head and you really need to consider your life choices – whatever you’re towing is just too big and too heavy. Now that I have alienated most of the grey nomad community, let’s look more closely at the Patrol Ti-L.

The Patrol is fitted out with all of the usual passive safety features, such as 360 degree bird’s eye camera, lane departure warning and smart braking. The infotainment system is dated and not especially intuitive, but works bloody well. In the Ti-L for example, the rear entertainment screens can display different inputs all while being controlled from the front.

Similarly, the included wireless headphones are a treat. Of course, all this can be achieved with a couple of iPad mounts and the kid’s own devices, but it’s really nice to have it all factory integrated. The real kick in the teeth though is the absence of Apple CarPlay. This will be a deal-breaker for some.

Comfort is a given in the Patrol. The seats are wide and supportive and, in the Ti-L, heated and cooled. Leather is a given, but I’d like to lodge a vote for high quality velour/alcantara, at least as an option. This minor quibble certainly isn’t limited to the Patrol; I’m just not convinced that leather is the right material for long distance comfort.

The centre seats recline and provide enormous legroom. They don’t, however, slide forward and back, restricting the flexibility of the rearmost seats. Importantly, with the rearmost seats occupied there is still reasonable luggage space; a welcome side effect of a vehicle that takes up as much real estate as the Patrol does.

Inner city driving isn’t what the Patrol is designed for and if you force it into this foreign land you will be relying on the plethora of parking cameras and sensors to make it through unscathed – it’s a big car. In more familiar suburban landscapes the size of this beast isn’t such an issue. Out on the open road, its natural habitat, the big Nissan is superb.

Sure, with various off-road modes and diff locks and the like, its ability to handle rough terrain is no doubt impressive, but who really coughs up $100k to bush bash? Put this off road ability to the back of your mind and revel in what the Patrol really excels at – soaking up huge country miles in superlative comfort.

Cruising through the spectacular scenery of the Warrumbungles, for example, allowed me time to ponder. Here, the magnificent 5.6 litre V8 is purring contentedly, sipping around 11L/100km, the active cruise control is being rarely confused by too much traffic or the poor lane discipline of other drivers, the kids are snoozing in reclined seats, the quality Bose branded stereo is crisp and clear and I’m pondering… this is exactly what the 2020 Ford Fairlane and Holden Statesman should have been; big, comfortable, safe cars that excelled at clicking over huge distances. With the Fairlane and Statesman sadly now long gone, we have to be content at relying on the Japanese manufacturers to give us what we always use to be able to provide for ourselves.

So, where does that leave the big Nissan? In a bit of a confused space, actually. It’s certainly more accommodating and punchy than Toyota’s diesel only Prado (one of my all time favourites and a benchmark for 4WD wagons). It’s significantly cheaper than the comparable diesel only Landcruiser, although, as previously mentioned, thirstier and not as strong in resale.

It is bigger than Volkswagen’s five-seat only Touareg while sporting most of the equipment and most of the handling ability with an added degree of bush-ability. Finally, it is light years ahead of any of the ‘ute based’ 4WD wagons in suspension sophistication and comfort while not being much more expensive than the higher-spec models of this breed.

Ultimately, by the end of the trip, the big Nissan and I had really bonded. I can forgive the lack of CarPlay (just), I’m in love with that sweet, sweet V8 and I adore the space available for the kids and their paraphernalia. Honestly, before you spend big on an Everest, Prado or Touareg you have to at least check out the Nissan if only to remember just how good petrol can be.