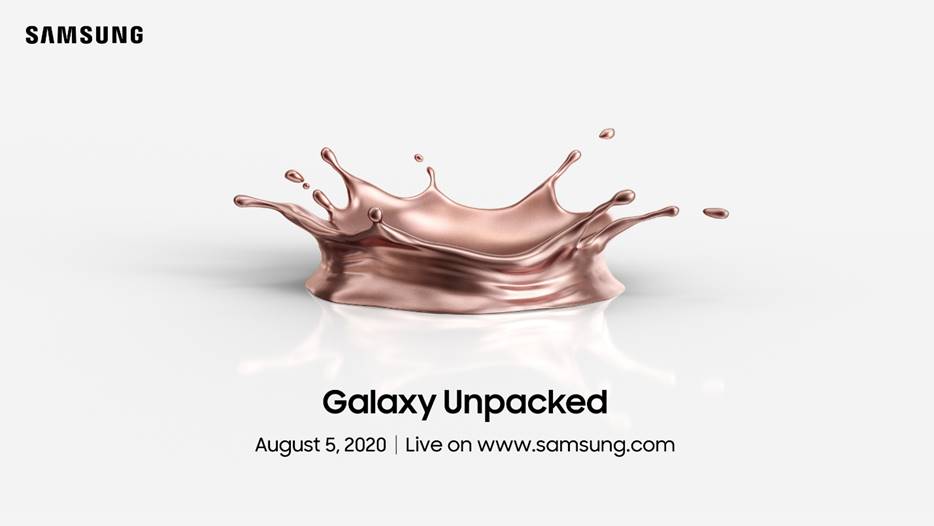 After recently leaking their next phone themselves, Samsung has officially announced the next Galaxy Unpacked 2020 event will take place on August 5th.

Like many events these days, the Galaxy Unpacked 2020 event will be live-streamed on Samsung’s YouTube channel, with proceedings kicking off from midnight on August 6th AEST.

The event is primarily for the Note 20 phones – which will come in two sizes: Note 20 and Note 20+ (or Ultra) – with the invitation from Samsung included a video teaser, which includes a familiar coloured splash dripping from the nib of an S Pen.

While the Note 20 will be the focus of the launch, Samsung may also unveil the next Galaxy Fold phone, which will reportedly be called the Galaxy Z Fold 2. Samsung is also set to announce new accessories including a Galaxy Watch 3 – and maybe we’ll finally get an announcement about the Galaxy Home smart speaker powered by Bixby.

Samsung is generally prompt in launching their phones once announced, usually preferring global launches. As far as launch dates, Korean outlet ETNews recently listed August 21st as the launch date in Korea, so we should see the phone hit our shores soon after if they stick to their usual rollout schedule.

We’ll be watching on August 6th and can’t wait to talk about everything Samsung is announcing. Are you excited for the Note 20?