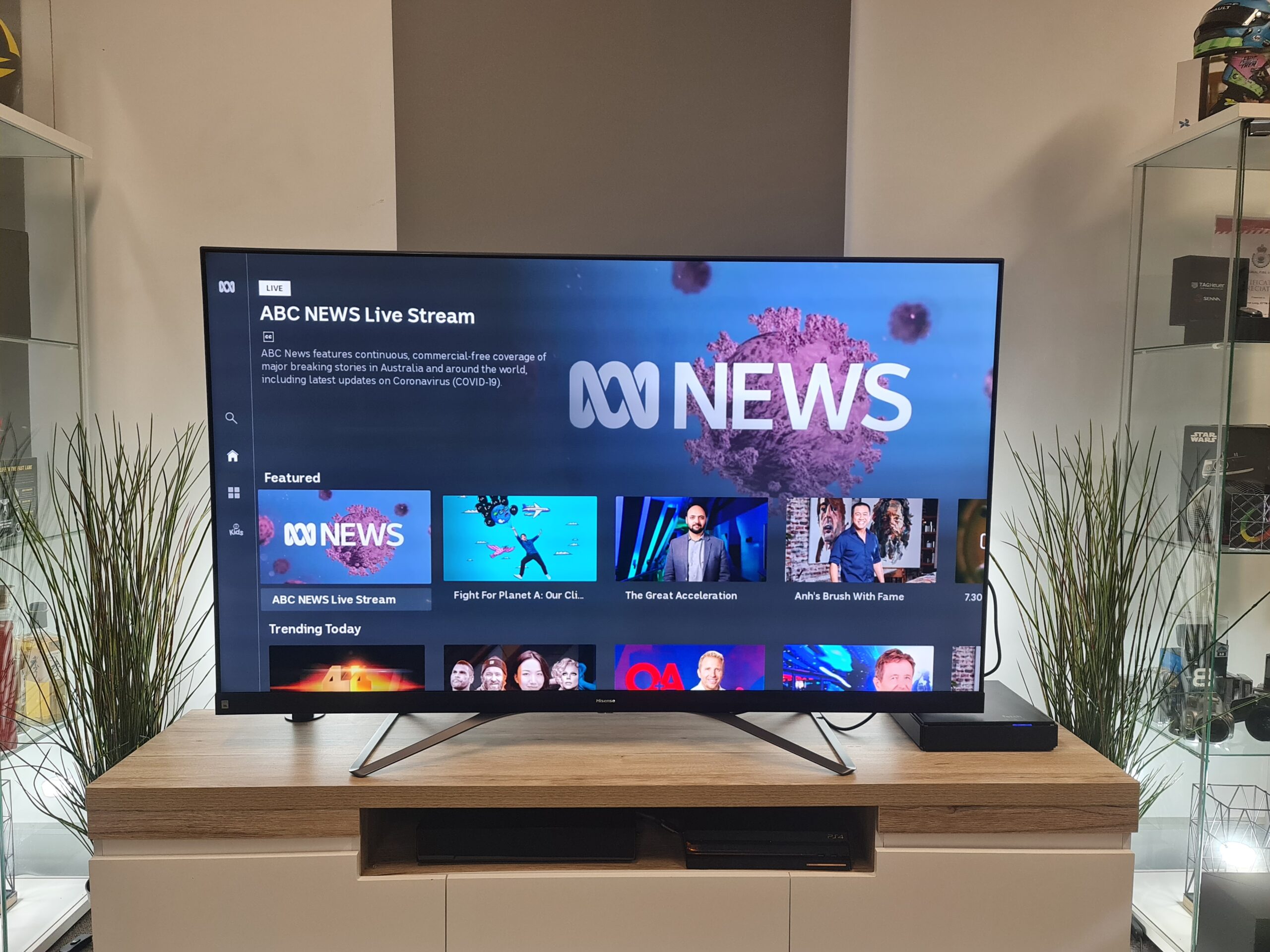 The ABC has today rolled out an update to their Smart TV app across Samsung, Hisense and LG TVs.

While a cleaner look is the visual highlight, what the ABC is really hoping is that you’ll sign up for an account.

Sign-ups are a great metric for broadcasters to measure user engagement and get deeper statistics about viewing habits and patterns.

For viewers they allow a level of personalisation which hasn’t been possible for the ABC before.

Logins are not required, and I doubt the ABC would get away with mandating it anyway, but in reality for the best user experience signing up is a great idea.

Additionally, the new app supports “Adaptive Video Streaming” which adapts the quality of the stream you are getting to the speed if your internet connection. Pretty standard stuff frankly, but – good to have it on iView.

No word officially on the quality of the streams available, here’s hoping they’ve upped it to 1080 – we’ve reached out to the ABC to confirm.

The following TVs can access the latest ABC app:

And the HbbTV (red button) app and Games Console apps will be updated too.

As a boost for the ABC, 2020 Hisense Smart TVs will now include an ABC iView button.

ABC’s Helen Clifton said: “This is a fantastic piece of teamwork. We’re continuing to strengthen the foundations for ABC iview and enhance our audience’s experience. Out of this work has come a raft of exciting new functionality such as adaptive streaming, watchlists and login on any device so users can watch ABC content from where they left off – all made available to a large proportion of our ABC iview audience.

“It means another innovative step forward for the ABC and makes our outstanding and distinctive content even more accessible to audiences.”

For those on Apple TV or Android TVs, this update will be old news – those devices got the update last year!