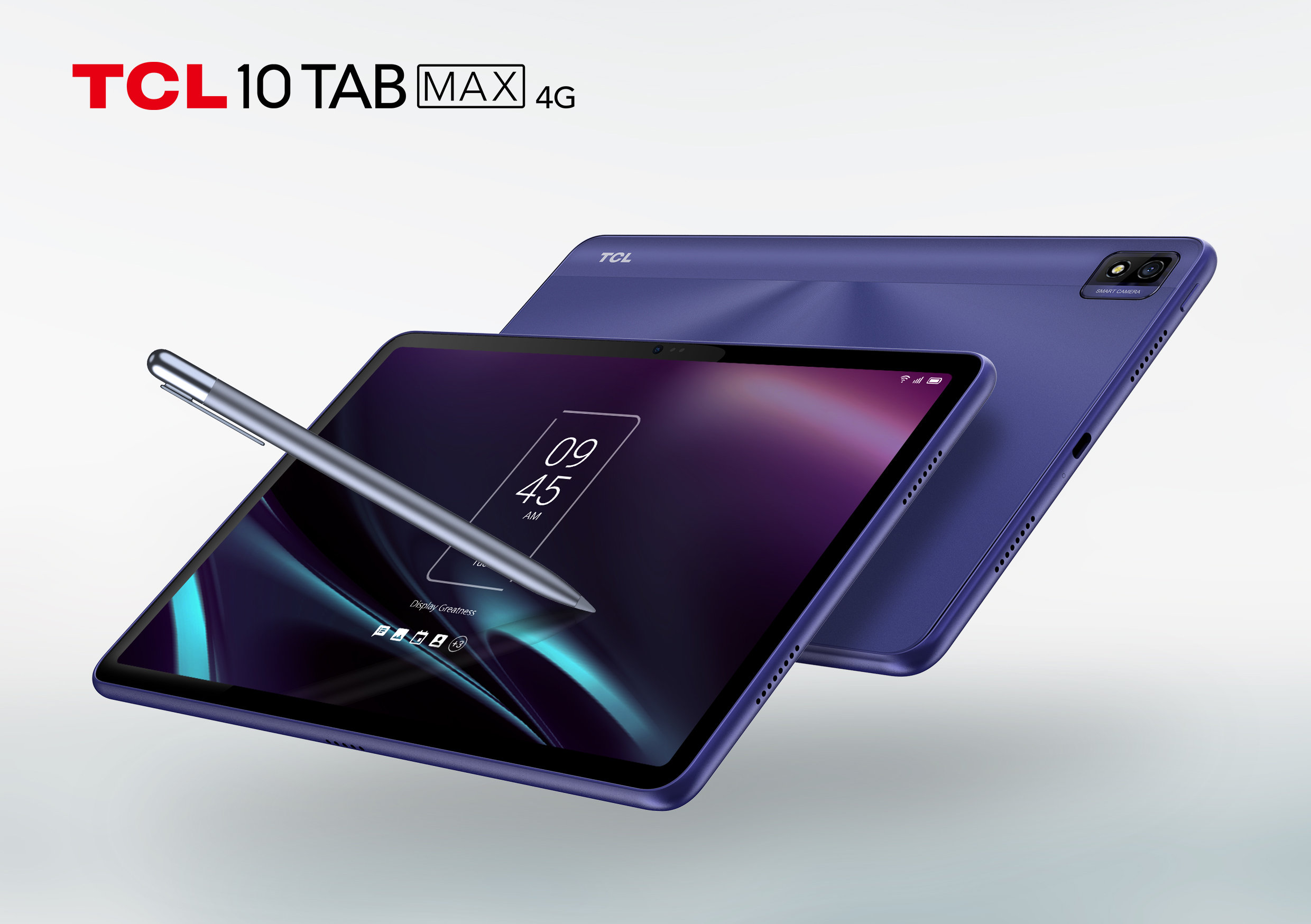 We are witnessing the rise of a new player in the consumer devices category with established Tech brand TCL doing more than just dipping it’s toe in the water, announcing new Tablets, Headphones and a Smart Watch to join it’s existing but very new Smartphone range.

While the company has a strong brand in the TV space, their entry into consumer devices is new. Last year’s TCL Plex followed by the 10 Series is the first wave of a new era for the company.

At a virtual event for IFA in Berlin, TCL today announced some very solid products.

Two new tablets will be launched, the TCL 10 TABMAX is a 10.36 inch screen device with a small bezel all the way around the screen at under 8mm.

The device has an impressive 85% screen to body ratio, and comes with a stylus.

Built to suit families, it can be used by mum and Dad for Work, taking notes and productivity apps, while the kids can jump into Kids mode – avoiding their parents apps and accessing age specific content.

It even has a sensor at the screen to detect if the display is being held too close to your face – something kids are guilty of doing – where the sensor will switch off the screen or show an alert to the user.

With an 8,000mAh battery, you should get 8 hours of video playback time on the TCL 10 TABMAX.

A slightly smaller device, the TCL 10 TABMID weighs in at just 325 grams, is just 8.5mm thin and has an 8-inch screen, making it possible to use in one hand, which is why the fingerprint sensor is on the side of the device as many smartphones do.\

It should pack a punch for most use cases, with an octa-core Snapdragon 665 and 4G connectivity.

This one also features kids-mode, and has a 5500mAh battery for all-day use.

The TCL product range already includes a smartwatch – the Movetime for kids. Already available in Australia this has been a growing market for TCL.

This year the company will expand with a new watch, the Movetime Family Watch aimed at the older generation.

With heart-rate monitoring and an SOS button for emergencies, this watch will offer peace of mind to families, and possibly independence to the elderly.

The TCL Movetime Family Watch also features Fall Detection, something you’ll find on the most expensive smartwatches, but a great feature for any watch aimed at the elderly.

Fall Detection knows when the wearer falls and sends an immediate alert (within 60 seconds) to assigned emergency contacts with the individual’s precise location.

Aiming to be a value player, not a cheap product, TCL is also hitting the audio market with the MOVEAUDIO S200 true wireless headphones.

Following the popular earbud and stalk design, these will have a snug fit to reduce noise from the environment, and feature Bluetooth 5 for the lowest latency for videos you’re watching.

They offer an IP54 rating making them splash proof and weather resistant.

In a sign of high end features at a value price, the S200s will also pause when you remove them and have a touch sensitive side stalk for volume, call and music control.

TCL S200 True Wireless Headphones will go for 3.5 hours, with almost 20 more in the charging case, and you’ll get a battery level indication on your smartphone screen.

When and how much?

No word on timing for these products, though Aussie boss of TCL Sam Skontos sees a strong market for each of them – we’ll get pricing and availability when they are announced.