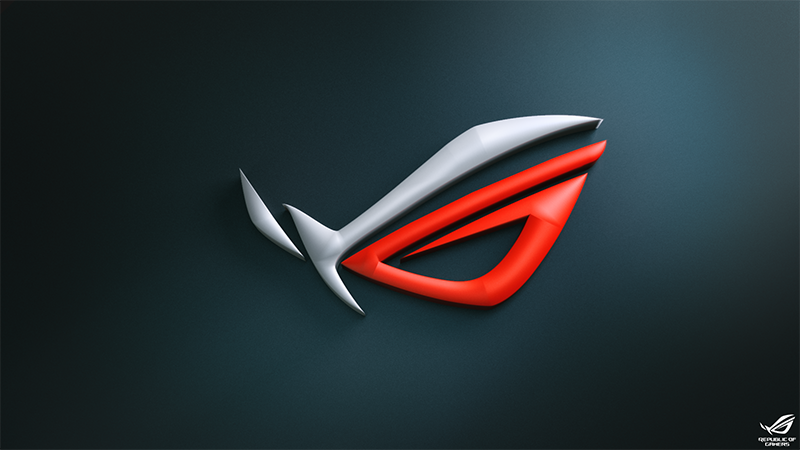 The biggest tech show on the planet continues virtually with ASUS ROG (Republic of Gaming) announcing their 2021 lineup.

Asus has made a number of improvements to their 2021 lineup, offering improvements to cooling with ASUS’ Liquid Metal technology now extending to AMD Ryzen mobile processors, and a new fan design with blades as thin as 0.1mm offering whisper quiet operation. Asus is also now offering higher resolution/refresh rate panels for their laptop up to 4K resolution at 120Hz across most of their range, giving you cheaper gaming options.

Asus has also announced that almost the entire range of ROG laptops will include 90WHr batteries, which also includes a new cell design that will allow for faster charging.

As far as charging, All Asus Zephyrus and STRIX models will come with USB-C charging, allowing you to take one charger with you when you go. ASUS has also increased the power output on their adaptors, offering 100W, giving them performance increase, but also allowing them to charge from 0-50% in just 30 minutes.

For their latest ROG Zephyrus Duo 15 Second Edition, ASUS has again included their innovative ScreenPad Plus secondary display at the top of the keyboard deck. Asus has this year begun offering the ScreenPad Plus in either 4K or 1080p resolution allowing them to offer different price options.

Asus has also updated the main 15.6-inch display, with either a FullHD resolution display that supports up to 300Hz or a 4K resolution option with support for 120Hz refresh – both at 3ms response – and of course it’s Pantone Validated.

You’ll be able to connect most things to your new Zephyrus Duo laptop with a USB-C port (USB 3.2 Gen 2) that supports DisplayPort 1.4, a HDMI 2.0b output and three USB Type-A ports.

ASUS hasn’t given any dates or pricing information for the Zephyrus Duo at this stage, but we’ll find out more later in the year.

Asus has kicked off their new models with the Flow X13 convertible, an ultra-portable that will push gaming to new limits thanks to a new eGPU designed by Asus.

ASUS has included a 62-Wh battery in the Flow X13, which they say is good for up to 10 hours of video playback. The convertible also includes a streamlined 100W USB-C charger which weighs just 300grams, making it easier to throw into a bag.

ASUS says the Flow X13 supports virtual 5.1.2-channel surround sound powered by Dolby Atmos, so you can expect to hear some great audio.

The Flow X13 convertible includes a 360° hinge for convenience, and is giving gamers more options with options for a 13” panel covered in scratch-resistant Corning Gorilla Glass. For the Flow X13, you’ll have two choices of panel, either 4K resolution at 60Hz, or FHD resolution at 120Hz.

You’ll want some power driving the display, and ASUS are offering a fair bit with an Nvidia GTX 1650 internally, but it’s the eGPU that’s got our attention.

The eGPU includes a next gen RTX Graphics card with a 280W power supply inside the eGPU chassis. The package is lightweight, weighing in at just 1Kg, and measures a fairly tiny 155x208x29mm.

ASUS hasn’t just added an eGPU for the Flow X13, instead they went to the effort of creating their own eGPU standard for connecting it to the laptop which utilises 8 PCI-Express lanes – Thunderbolt 4 is only four Lanes –  giving them 8GB per second of bandwidth to the GPU.

The eGPU can also be used as a hub with four USB ports and a HDMI 2.0b port on the rear.

At this stage, ASUS hasn’t given any dates or pricing for the Flow X13 or XG Mobile eGPU, but we’re keen to check them out when they arrive.

The new STRIX SCAR 15 and SCAR 17 introduces the world’s fastest laptop display, while the ROG STRIX G15 and G17 offer accessible gaming to everyone.

Known for their top of the line performance the STRIX SCAR 17 introduces a new top-end feature, with options to include either a 15.6-inch or 17.3-inch panel with up to 360Hz refresh and 3ms response. Overall, ASUS has also shrunk the base of the STRIX units to make them more compact, but more powerful.

There is of course two display options for the STRIX SCAR 15 and SCAR 17, depending on your budget. You can go all out with the FullHD resolution IPS display with 300Hz/3ms, or a WQHD resolution panel with up to 165Hz/3ms.

Driving the displays will be factory overclocked AMdD Ryzen 7 or RYZEN 9 CPUs with Liquid Metal Cooling, and ‘Next Gen RTX Nvidia Graphics’ – though ASUS hasn’t clarified which as yet.

ASUS will offer up to 64GB of DDR4 3200MHz RAM, and up to 1TB of M.2 SSD storage, while a 90Wh battery will keep you running  all day with up to 12 hours of video playback. Charging is a breeze thanks to the USB-C 100W charger with Power Delivery 3.0.

The same STRIX stylings will of course be there, with the laptop coming in matte black, and featuring Rubber Grey, Translucent Black, and Spangle Silver hinge caps which can be swapped out to help you define your style, or you can even 3D print your own designs.

There’s no launch dates for the ASUS ROG STRIX SCAR 15 or SCAR 17, but ASUS will let us know all that as soon as possible.

For gamers who want something to enjoy their games, but aren’t destined to become the next esports great, the ROG STRIX G15 and G17 offer a more sedate, yet still competent gaming option.

The STRIX G15 and G17 offer either 15.6” and 17.3” displays with 3ms response in either Full HD (1920×1080) with 300Hz refresh or WQHD (2560×1440) resolution with 165Hz refresh. Both models have design stylings reminiscent of the new SCAR chassis and come in either Original Black or Eclipse Gray colour options, with a special edition Electro Punk model featuring a ‘comic-book-inspired Coded Puzzle aesthetic and a speckled pink accent on the hinge’.

You’ll see plenty of options to spec up a STRIX G15 or G17, with AMD Ryzen 5, Ryzen 7 and Ryzen 9 CPU options, and the NVIDIA GEFORCE RTX graphics, with up to 32GB of memory and up to 1TB of solid-state storage offered as well.

At this stage ASUS hasn’t given us any launch dates or pricing for the STRI G15 or STRIX G17 but we’ll let you know when that changes.

EFTM’s Coverage of CES 2021 is supported by Hisense, Samsung and Powered by Telstra 5G