Molk tells us about Paramount+ – Is it worth it?

Now that Paramount+ has landed there are some obvious questions…Is it worth it? Why is it here? Who asked for another streaming service?!

Coming into Australia from the 10 Network’s parent ViacomCBS, Paramount+ replaces 10 All Access here and is full to the brim with new and back catalogue movies and hours and hours of TV.

Anything that is a Paramount film or made for US cable channel Showcase is there, like all the Mission Impossible films, all of Lord of The Rings and Harry Potter, the entire series of Californication or the CSI franchise. That Mark Wahlberg movie 10 have been promoting to death Infinite – it’s there.

Also the brilliant second season of Why Women Kill. And every episode ever of South Park, and the upcoming revival of Dexter.

Want to watch all of the original MacGyver? Or The Twilight Zone? It’s there too. Over 20,000 hours of movies and TV episodes.

Some notable titles are missing (like the animated Star Trek series Lower Decks) which appear elsewhere because they have distribution deals in Australia that pre-date this streamer.

There’s even some new Australian stuff like season two of Five Bedrooms – now a P+ exclusive – and other new commissionings coming down the pipe including John Ibrahim’s book-turned-TV-series King of the Cross and new Aussie drama Spreadsheet. Expect lots of 10’s content to slide into the library pretty quickly after it has aired on TV. 10Play won’t be your friend for more than a couple of days.

Following the lead of Stan Sport and Amazon, P+ in Australia has all the domestic round-ball football you could want including every match of the A-League and W-League, plus a heap of AFC games, and even the Socceroos domestic World Cup qualifiers up to round three for the 2022 Qatar FIFA World Cup. 10 are nosing around other sports too, so expect them to land on P+ once they sign the deals. At this stage there is no extra charge for sport (Stan Sport costs an additional $10 per month extra on top of your Stan subscription).

At $8.99 a month it’s not outrageous on the hip pocket, and it starts with a very reasonable library. Given it’s connection with a major Hollywood studio you can expect there will be exclusive movies released only on the platform (similar to Disney+) and it will be the second-window release point in Australia after cinemas…which, thanks to COVID, has now shrunk to 45 days.

No question the streaming market is congested and it can be difficult to work out which streamers to pay your hard-earneds to. You do you. One of the benefits of all these streamers is that they operate with no contract, so you can sign up and drop them in a month, and pick them up again later with no penalty. It’s not uncommon for people to subscribe to one or two annually and then cycle through a couple of other streamers every other month to catch up on the stuff everyone is talking about.

Amazon offer delivery benefits with their streaming sub; Apple have slipped their service into the Apple One bundles. There’s lots of different ways to justify how you slice this pie.
Given the proliferation of streamers, and as it’s been running in the US since March, you’d think they’d have everything worked out.

Allowing profiles for different users, or the ability to Chromecast, or even just deliver a user interface that isn’t as buggy as hell would be the minimum standard. There’s no 4K and you can only share P+ on three screens simultaneously. The more mature platforms have set the standard and P+ at launch in Australia does fall short on a couple of things. You’ve gotta weigh this up against what you’re paying, I guess.

Is it worth it? That depends on how much you need to be up to date on everything that is landing in the streaming world.

At $8.99 Paramount+ has priced itself pretty well, though it’s missing a few basics that really should have been there given this isn’t a brand new platform. That library is big, and will only get bigger. Heck, sign up and use the 7 day free trial to nose around and see if it works for you. I will be.

Update: an earlier version of this article incorrectly stated that Your Honour and Happy Days were on Paramount+ – that is not the case in Australia. 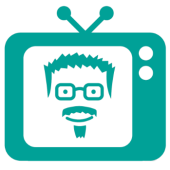 Steve Molk is the Viewer's Advocate for TVBlackbox.com.au. He likes a lot of stuff, including TV, his Harley, Lego, and Star Wars.