When it comes to choices for light, versatile computing, the Lenovo Yoga series is one of the first to come to mind.

Announced earlier this year, the Lenovo Yoga Slim 7 Pro will launch soon, with exact dates and pricing to come soon. While the AMD powered laptop isn’t quite in the market yet, I thought I’d take a quick look to get a feel for the range

This compact, light laptop is an update on last years Yoga Slim 7 Pro, though with an update to an OLED panel for the display and a current AMD Ryzen CPU for great performance.

I’ve been using the Yoga Slim 7 Pro for a week now, and here’s how it went.

The Yoga Slim 7 Pro is a lovely looking notebook in the Slate Grey colour. It’s a little different from the staid black, with a subtle sheen to it giving it an almost metallic look. It’s an instant classic colour and will fit in anywhere.

It’s got some Lenovo branding on the lid with the Yoga logo most prominent, but it’s not in your face and sort of melds with the grey colouring.

It’s light, weighing in at just under 1.4kg, and at just 14.9mm thin the laptop is easy to carry around and you barely notice it when you throw it into your bag. The smaller size also means you’re not going to have trouble slipping it into most laptop bags on the market.

The ultra-thin size still allows for a surprising amount of ports with dual USB-C ports on the left and a full sized USB port and audio combo jack for mic/headphones on the right. There’s also a power button on the right that also includes an LED indicator to show it’s on.

While there’s no fingerprint reader built-in to the power button there is a competent Windows Hello! Compatible Webcam built-in to the lid in a nicely designed indentation. The quality of the camera isn’t anything to write home about though being just 720p resolution, but it’s exceptionally fast to recognise you and log you in.

I do feel a privacy shutter would have been a great addition, though with the thin profile of the notebook it’s understandable why they haven’t.

The big change for this year’s Yoga Slim 7 Pro is the OLED panel, an update on the IPS LCD used previously offering improved image quality, deeper blacks and better contrast.

There’s some disadvantages to OLED vs LCD with the brightness tending to suffer usually, but there doesn’t appear to be any issues with the screen being able to be seen fairly well in sunlight and under normal lighting inside.

OLED doesn’t need to light up pixels to make ‘black’ so this does tend to make it look a little better when you’re watching movies or anything using black.

The screen covers 100% of the sRGB colour gamut and also Dolby Vision support for their brand of HDR support, and frankly, it looks great. The screen is 2K resolution (2880×1800), so while it’s not ‘4k’ it’s also better for the battery, though has a higher resolution than FullHD displays and it’s a good happy medium with great battery life while also looking good.

One big thing I’d like to see on next years model is the option for touch input. It’s mostly a personal choice, but if you’re used to touching the screen then this isn’t the model for you.

Lenovo has included a backlit  chiclet keyboard which is comfortable to type on. There’s just enough travel without having to really  hit the keys and it’s nicely centred, allowing you to just jump in and start typing.

There’s dual speakers on the bottom which support Dolby Atmos. The Lenovo software build also includes a Dolby Atmos app for tuning which lets you choose between several modes, Movie, Games, Music, Voice and Dynamic which offers various mixes and lets you personalise the sound on your machine fairly easily if none of those fit with a Graphic Equaliser.

Lenovo has a number of configs available in the Yoga Slim 7 Pro range, but the model they sent to me includes:

As far as performance goes, the laptop handles pretty much anything you want in terms of browsing, office work and more. What it’s not designed for is gaming, though it can get through some chunky No Man’s Sky or The Forest if you drop the graphics quality.

3D Mark for TimeSpy with DX12 is mainly gaming focused, so here’s how it went on 3D Mark

There’s little issue with performance in terms of heat, there’s a vent underneath which exhausts any hot air, and it does get a little warm in the lap, but not overly so.

The base Lenovo Yoga Slim 7 Pro OLED includes a  Li-Polymer 61Wh battery and is an all day power house.

I used the laptop all day and found I still had some life left at the end of the day. The battery indicator in Windows isn’t truly indicative as the laptop breezed past the 6 hour mark indicated and then proceeded to run for 40 minutes while declaring battery percentage at 0%. 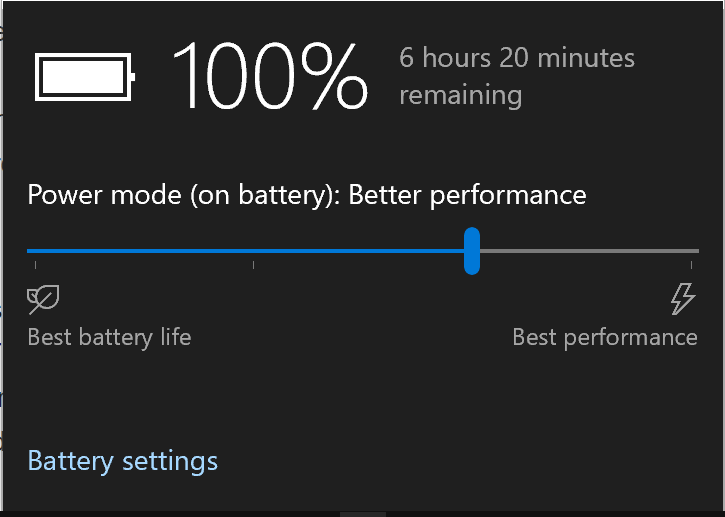 Lenovo includes a 95W charging brick with a cloverleaf power cable in the box. The charger supports Rapid Charge Express, giving you up to 3 hours of runtime with just a 15-minute charge. From testing, the 15 minutes of charging time nets you about 45 minutes of video, but you’ll get a lot more from just working on office docs.

The laptop comes with Windows 10 Home installed and will receive a free upgrade to Windows 11 when it’s available.

There’s the usual array of pre-installed apps like an MSOffice 365 trial, McAfee Live suite and apps for both Dolby Vison and Atmos, as well as the AMD Radeon graphics. There’s also a suite of Lenovo apps, though you can of course uninstall these, and any of the pre-installed apps you want to.

The Lenovo Yoga Slim 7 Pro OLED is a great looking laptop with the addition of an OLED display really adding a nice element for any visual work you do.

There’s plenty of power for your day-to-day and business work and it doesn’t get too hot while doing it. Battery life is great, and the option to quickly recharge when required is also a massive bonus.

Of course you could want a little more power for gaming if you’re into that, but really the Yoga Slim 7 Pro OLED is a hard working powerhouse that won’t disappoint.

Lenovo has just announced the Yoga Slim 7 Pro OLED will be going on-sale for $2,199 and at that price it’s very much worth taking a look at.

Summary OLED is a big deal this year in laptops and Lenovo has addeda nice quality one to their latest gen YOGA Slim 7 Pro as well as updating the processor to an up to date AMD Ryzen 7 5800H processor. It's light, portable and has great performance and all-day battery life making it a great option for work or play - as long as you're not going to play too many games.

Belkin has a dock for your iPhone and Apple Watch combined