Think fast Fords and for many the first thought is a stonking big V8 stuffed into to a bewinged Falcon. The Focus ST is not that type of fast Ford. Derek Fung checks out the new car during its Australian release.

Sure, it’s got all the usual accoutrements that are generally fitted to hotter, sportier Fords: distinctive XR-style 18-inch alloy wheels, bodykit, rear wing, 10mm lower suspension and a lurid paint option (Tangerine Scream anyone?). But aside from its flashy dress sense, the ST’s underlying character is of polish and refinement. There’s a 2-litre turbocharged four-cylinder EcoBoost engine under the bonnet, giving the driver 184kW of power and 340Nm of torque to use at their discretion (360Nm if the engine decides to use its overboost function). Ford claims a 0-100km/h time of 6.5 seconds and fuel consumption of 7.4L/100km. The latter is an improvement of around 20% from the previous generation’s XR5 hot hatch. While the four-pot engine is undoubtedly better on all empirical measures it lacks the out-going car’s engaging and characterful five-cylinder rumble.

Despite the centrally mounted dual hexagonal exhaust pipes and seriously quick drivetrain, there’s no angry wake up call for the undying baying to be unleashed with every flex of your right foot. Instead the turbo engine emits a refined, muted growl. In easy motoring it’s quiet and you might well lapse into thinking that you’re driving a rather more pedestrian Focus variant.

The variable power assistance through the steering wheel means that it’s pin sharp at lower speeds and heavier (and therefore more stable) at motorway velocities. Manual Recaro seats keep you planted in place without passing thoughts of Westeros’ Iron Throne into your mind. Cornering leads to flat and well controlled body lean. Ford’s Torque Steer Compensation system works quite well until you go foot-to-the-floor, at which point the ST’s muffled squirms and gentle tugging at the wheel let you know that the fun police are here to stop you careening gracelessly into a ditch. Unfortunately there’s no limited-slip diff or fancy Revo Knuckle suspension from the dearly departed Focus RS to properly harness all that torque. If you’re hoping to feel every fleck of gravel in the bitumen, you’ll be disappointed. The steering is accurate, but largely a feel-free zone thanks to the electric motor driving the power assistance system. While that’s a shame, the comfortable ride isn’t. For ruts large and small, it’ll you let you know what you just ran over, but it never really feels the need to scream for effect.

Being a five-door hatch (there’s no sedan version, alas) the ST is able to be both a back road blaster and a sensible family hauler. The 6-speed manual gearbox shifts easily and cleanly between ratios, but the omission of any form of automatic transmission on the options list will surely cost the ST a considerable number of buyers. The Sony audio system features 9 speakers, sat nav, Bluetooth for hands-free and streaming, iPod compatible USB, voice control and 5-inch high-res display. Our first impressions of the Focus’ nav system weren’t particularly flattering. For one, the entertainment and nav system suffers from a mildly confusing menu structure and layout. There are also too many functions clustered together around the central five-way controller for the uninitiated — it’s hard to know when to press and turn at times, and our co-driver couldn’t figure out how return to the nav map for the good part of an hour. Also, the voice recognition system works well with music playlists and phone contacts, but doesn’t offer any nav support at all.

If you’re in the market for a hot hatch, the Focus ST is more than worth a look. Not only is not the default VW Golf GTI option — not a bad default option to have, mind — but with its standard tech package it’s considerably better value. The new Focus ST should be arriving in dealers as you read this and is available for $38,290 including GST, but exlcuding dealer and delivery charges.

Derek Fung is the editor of the car and car technology website Between the Axles. He attended the launch of Ford Focus ST as a guest of Ford Australia. 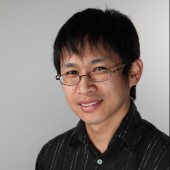 Derek spent almost 6 years at CNET Australia writing about and videoing the latest in cool tech gear, as well as his fair share of incredibly dull and awful stuff too. For 3 or so of those years he edited the site's Car Tech section. Currently a freelancer for various publications, Derek also edits the car and car technology website Between the Axles.