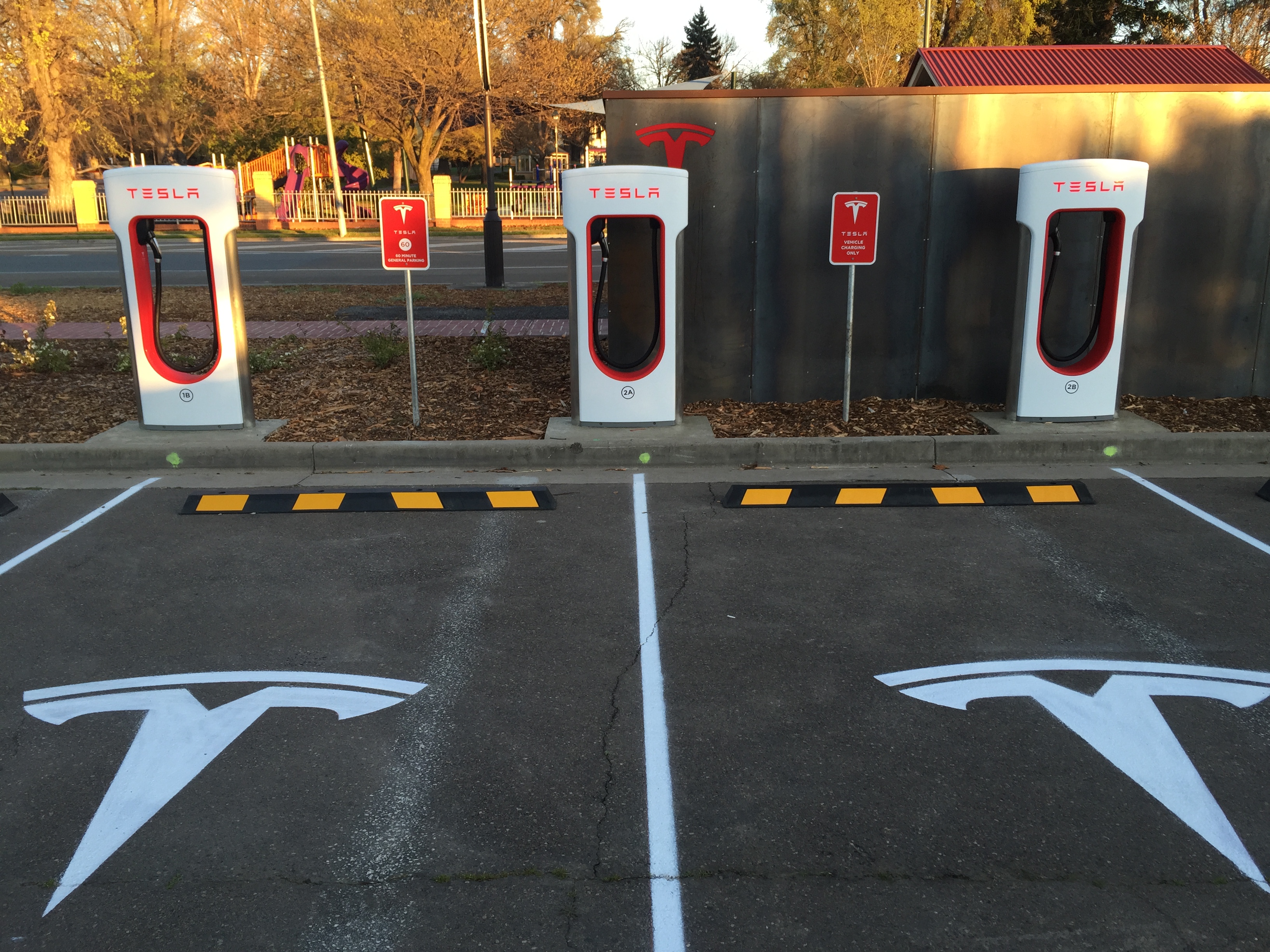 When Tesla first announced an east-coast supercharger network for their popular electric cars, EFTM predicted Goulburn would be on the map, and we recently confirmed construction was well underway.  Today, the covers are off, the Tesla logos are painted on the car spaces and it all appears open and ready to go.

While the location doesn’t yet appear on the Tesla website’s map of supercharger locations, our spys in Goulburn have sent us photos of what is very much the finished product down at their visitor information centre. 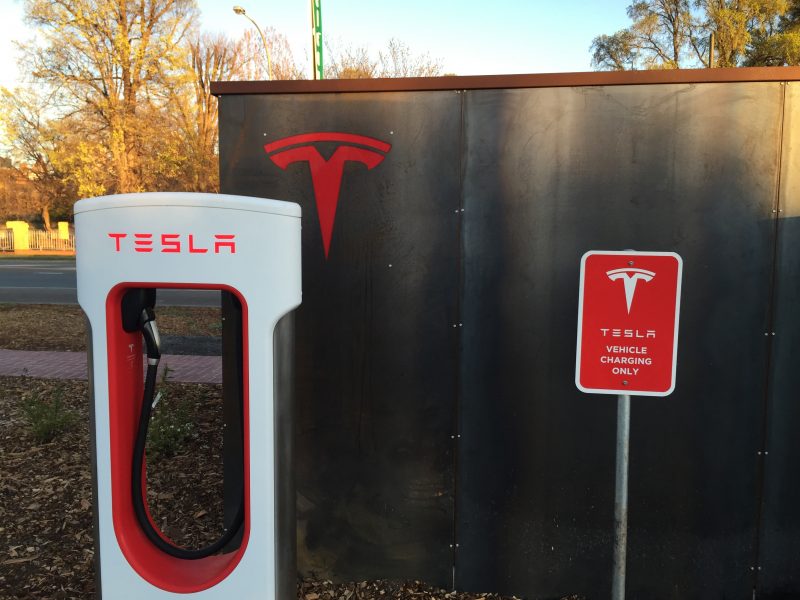 There are no signs saying they are not yet commissioned, and no barricades preventing a Tesla owner turning up and plugging in, so as far as we are concerned that means just one thing – ROAD TRIP!

Update: One of Tesla’s early adopters has made the trip and confirmed – the SuperCharger is live!

So I visited Australia’s first inter-city Supercharger at Goulburn today. Soon we can get to Melbourne for free! pic.twitter.com/mdgRMlWDDv 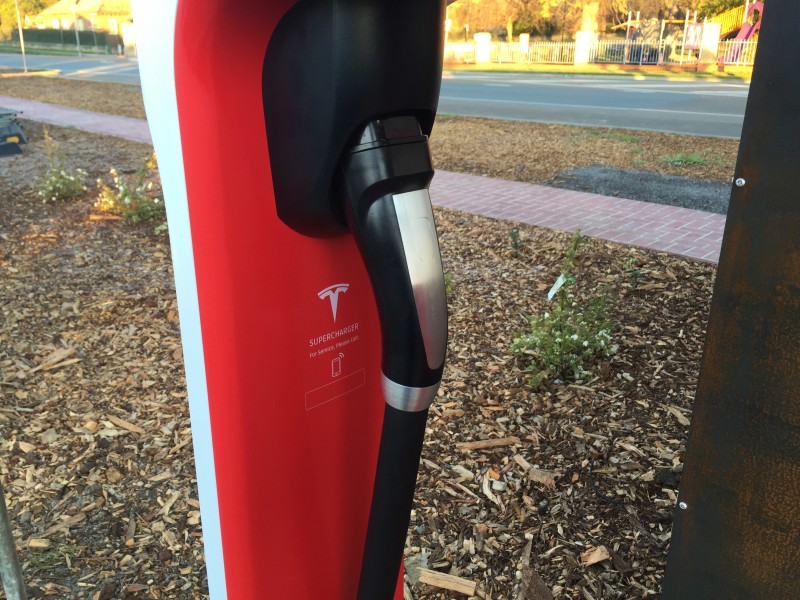 Tesla owners in Sydney can now enjoy a relaxing drive around the NSW countryside, using Goulburn as a base for charging. 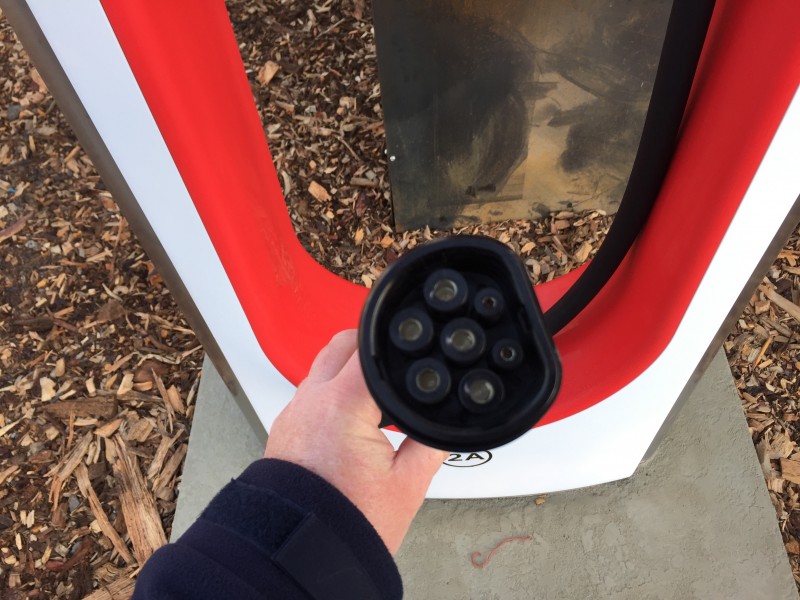 With a range between 400 and 500k’s, your Tesla is somewhat limited by the ability to charge somewhere, and while a Goulburn round-trip was certainly possible, this new Supercharger location puts places like Young in reach because you can charge at Goulburn on the way home. 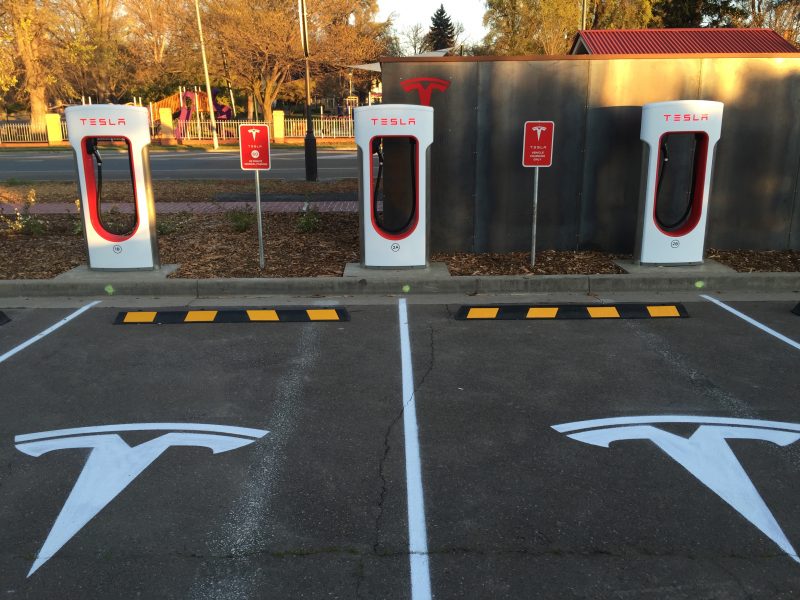 A Supercharger is a huge step up from the destination charging available in some locations, giving a full recharge to your Model S in an hour, Stop, Revive, Recharge, Survive sounds like a fitting new billboard at the Goulburn Exit of the Hume Highway?