We’ve brought you a lot of news and information about the Toyota 86 over the last year, EFTM’s Damian Francis even bought one!. We’ve put it through real world tests but what’s the view of the 86 from the host of Channel 10’s MotoGP and F1 coverage – Greg Rust? There is something about slipping behind the wheel of a sports car no matter what end of the price scale you’re talking about. That feeling of being closer to the road and more at one with a machine (than you’ll ever be in the family truckster) brings out a little Steve McQueen in all of us. Be honest. You know it does!

The Toyota 86 and its not so distant relative the Subaru BRZ (the cars share the same DNA) have already achieved cult status, which is incredible when you consider that most new owners haven’t even taken delivery – the wait lists stretch well into next year! Being unobtainable has only added to the aura. Is it the shape, the price, the drift-inspired advertising Toyota has used to put some edge back into the brand? What’s the fuss all about?

That feeling of escapism I talked about earlier kicks in the moment you hit the start button. The sound of the boxer engine turning over is unmistakeably Subaru but the exhaust note is deeper. It’s subtle, at idle, enough to fool your Mum into thinking you haven’t bought something too racey. Back out of the drive and accelerate up through the rev range and the 86 reveals its true colours. It’s not the orchestral sound of a Porsche or Ferrari – more a rousing, rally flavoured, sports car pop!

It would be wrong of me to suggest we put the car through rigorous tests. That wasn’t what EFTM wanted. We drove it through the burbs, city streets and the odd freeway when they weren’t jammed! The 86, as Trent Nikolic from NRMA noted in his review, offers “an exquisite balance between circuit handling and everyday practicality”. He’s right! It adapts nicely to the varied road conditions we’re often confronted with on a daily commute but when an inviting corner presents this rear wheel drive can hold its own with the best from Europe. Balance is a word you often here associated with the 86 from the position of the engine in the chassis to its handling characteristics. The gearbox feels well matched to the 147kw power plant too. The manual we tested has a precise short shift and in 6th it still pulls well enough for an overtake on the highway.

Inside the reasons to make you smile continue with sports seats and a well laid out dash that enhances the whole experience. It doesn’t scream tacky or a cheap attempt to be sporty.

Toyota shocked everyone with its entry price point of $29,990 when it launched the 86. Little wonder it picked up Drive’s Car of the Year award in recent days. And it won’t be the last gong the 86 earns. Sure, a turbo would take it to another level (V8 driver Jonathon Webb is now doing this through his Tekno Performance business) but this car is capturing the hearts of a broad audience. That’s where it really wins! One of the mums in the area I live ordered an 86 without even taking a test drive. Swept up in the hype and in love with the car’s striking style Sandra says the 6-month wait (so far) has been worth it. A ride around the block only made her husband realise there was no turning back. And a producer I work with at Ten (an ex-motorcycle racer who’s not easily impressed) couldn’t get over the value for money!

I reckon in four years time, if you decided to part with an 86, there’ll be a whole new market of eager youngsters who can’t wait to get their hands on it….if they haven’t already conned their parents into buying a new one. 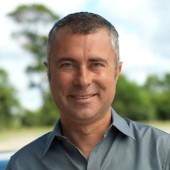 Flipsy’s Flips: Outside the box alternatives to the Mazda MX-5.

A Police Car that will be Hard to Dodge