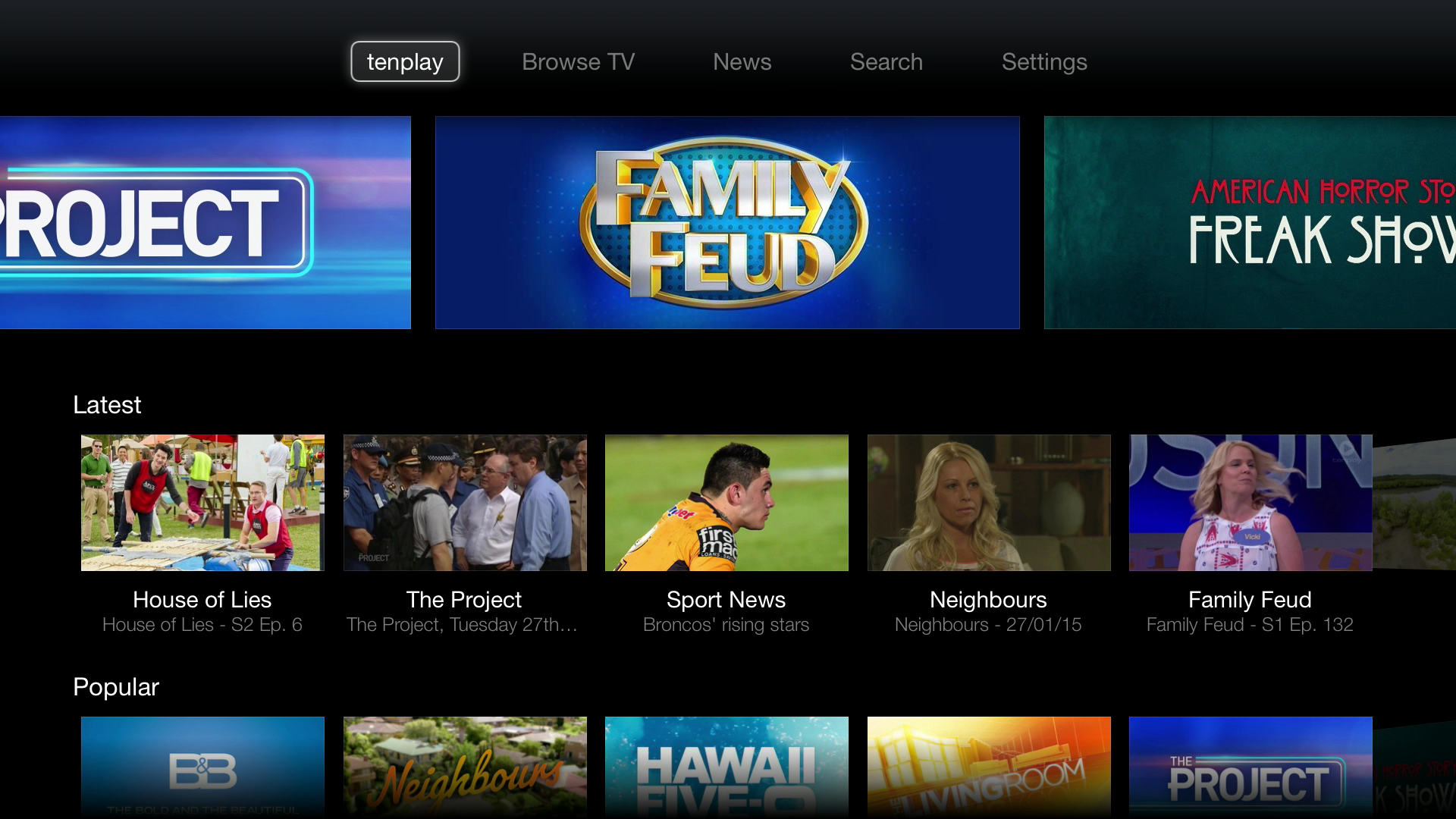 As of Today your Apple TV is the window to the world of entertainment on offer from Channel Ten. Ten’s catchup service TenPlay is now available on Apple TV. As TEN launches some of the biggest and most compelling entertainment, drama, comedy and sport programs in 2015, our priority with tenplay is to put viewers in control by giving them access to new and established television shows including I’m A Celebrity… Get Me Out Of Here! Australia, Shark Tank, MasterChef Australia, The Bachelor Australia and many, many more – whenever they choose.” TenPlay has already had more than one million app downloads on mobile platforms, with streaming on mobile and tablets accounting for half of all streams.

If you’ve got an Apple TV you should see TenPlay immediately, or after a software update today.