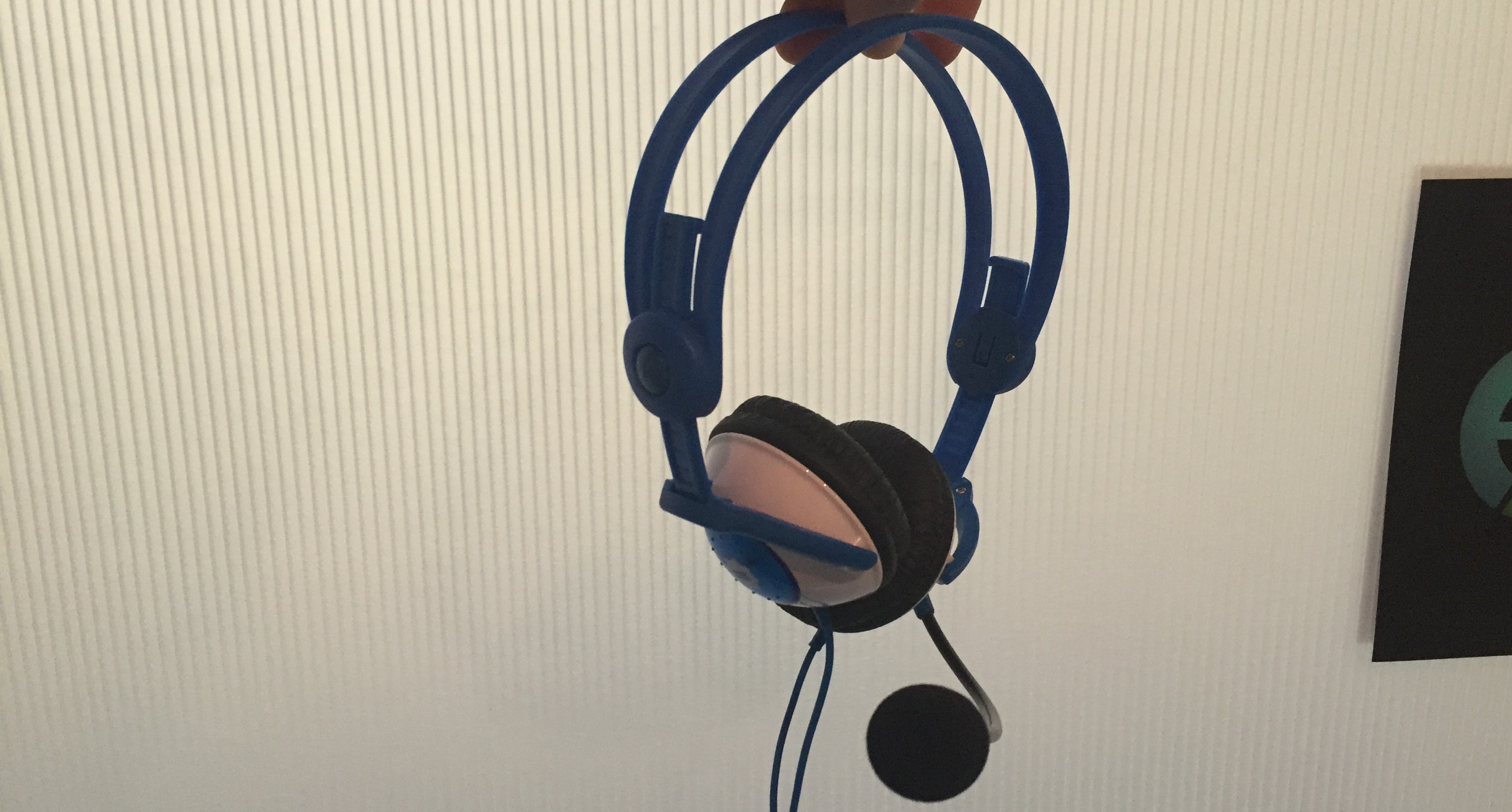 When I saw three members of the Peterson family standing together with “Kidz Gear’ on their name badges, I assumed a Dad had started a cool tech blog with his sons – not so (though I’m keeping that idea for my kids!) – instead, what I found was a 15 year old company who sell audio products just for kids

As a parent, you want your kids to have the stuff they need, but you want to make sure its safe. So when looking for audio products, you might struggle to find one that can limit the volume of the music or sound coming out of that little music player. Now while the music player itself has volume limitation options, most parents don’t know, and then what if your kids use a different player.

You can also buy the volume limiter to use on any other headphone just add it to the cable. It’s such a simple thing, but so great.

They have headphones with microphones, and at CES they announced a range of Bluetooth headphones also, because you know – that’s what the kids want right?