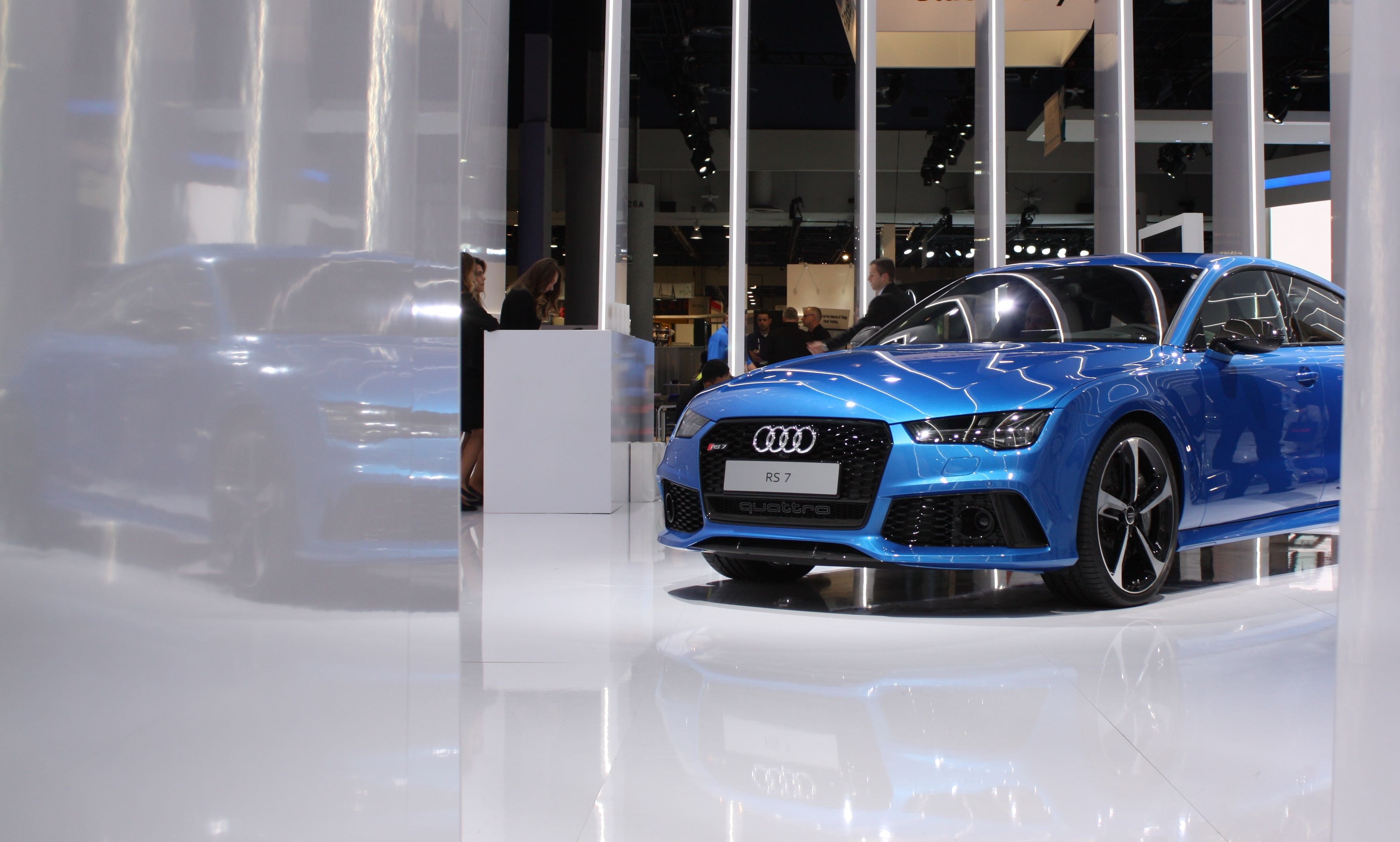 Just a few years ago the Consumer Electronics Show was all about announcing and reporting on the latest technology in home entertainment, the big-screen TV’s, High Definition, 3D then Ultra High Definition and so on.  Today, it’s almost been flipped on its head.  So what’s coming for your new car? The 2015 Consumer Electronics Show can be summed up by the dominant topics of the Connected Home and the Connected Car.  We looked with great interest at what the car companies had to offer.

Las Vegas Convention Center’s North Hall was dominated by the Automotive industry.  Motorshow-like representation in the expensive displays and stands really stressed the importance of technology in today’s cars. While across the show floor in exhibits from everyone from Panasonic to car audio and accessories companies were Lamborghini’s, McLaren, Tesla, Jaguar, Polaris and so many more.

What changes are coming to your car soon?

There is so much technology already in cars.  We have seen many cars with fantastic safety features like lane guidance which actually pushes your car back into the lane when you veer off, Adaptive Cruise Control which adjusts your speed based on cars in front of you to maintain a safe gap while limiting your top speed, radar sensors to assist with emergency braking, blind spot alerts and so much more.

Many of these things already point to what every car company will have to implement to stay competitive.

One of the key things at CES appeared to be the growth and very fast growth of the integration of the smartphone with your car.

Pioneer and Hyundai were among several showing off the integration of both Apple CarPlay and Android Auto, while Ford and General Motors have a strong emphasis of working with app developers to develop integration app based solutions to deliver more power, information and context to your centre console using the power of your smartphone.

Ford showcased its Sync 3 infotainment platform – which finally gives them an entertainment system and touch screen to rival their competitors.

Then there’s the ability to harness your smartphone with the connected car to actually control functions of your car.  Hyundai was one of the many showing how your smartphone can remotely power on your car, get the climate control set up, lock or unlock the car and more.

These kinds of features are available in innovative cars like the Tesla, so the established brands need to catch up or be left far far behind.

Volkswagen showcased a few simple changes in they way their controls in-car will work.  Things like a touch sensitive bar underneath a 12 inch touch screen to change volume or even the internal colour scheme.  The idea being you shouldn’t need to look at what you’re doing, instead using gestures for things like turning on your headlights.

We will see a whole bunch of new concepts hit cars in the next few years, and while most of the talk seems futuristic, you should go test drive a current model Volvo or Infiniti to see some of the technology innovations already on our roads.

How will cars be powered?

This will be an ongoing debate.  Because of the life cycle of cars, it’s not like the Blu-Ray vs HD-DVD choice a few years back where one won out and the other disappeared.

Toyota threw a bunch of eggs in the Hydrogen fuel-cell basket, showing off what could be the ugliest car on the road – the hydrogen-powered Mirai.

Just as Tesla recently made its electric patents open for use, Toyota opened their Hydrogen fuel-cell patents in a bid to spur on a bunch of development in the space.

Volkswagen showed their e-Golf, the fully electric hatch, while BMW invested in a huge space at CES to show off the i3 and i8 plug-in hybrid electric cars.

Safe to say, big-oil isn’t going anywhere, but if you crystal ball gaze 20 years into the future there’s going to need to be an overhaul of our driveways and your local fuel station.

And will we need to drive them?

Tesla’s updated Model S and upcoming Model X will have an autopilot feature which is a whole leap ahead of even adaptive cruise control and lane guidance. Google have their self-driving car which is a complete revolution in how a car looks.

Mercedes took a similar stance, showing a concept vehicle in which the front seats were turned to face backward at the rear passengers, in fact, everyone is a passenger in this self-driving car. Meanwhile Audi shuttled several people from San Francisco to Las Vegas in a real world test of its self-driving car.

If you had to take a pick of the bunch, I’d back Audi to innovate fastest in this space.

The problem isn’t really the innovation or technology, it’s the regulation and roads.

These cars will only work well if they work anywhere – that’s some way off yet.

Take this to the bank

One thing is for sure. Screens dominate. Just like the Tesla, cars of the future – including many cars of today, will have LCD dashboards and a huge centre console infotainment and control system.

Touch screens and customisation will be standard fare in the cars of our very near future.