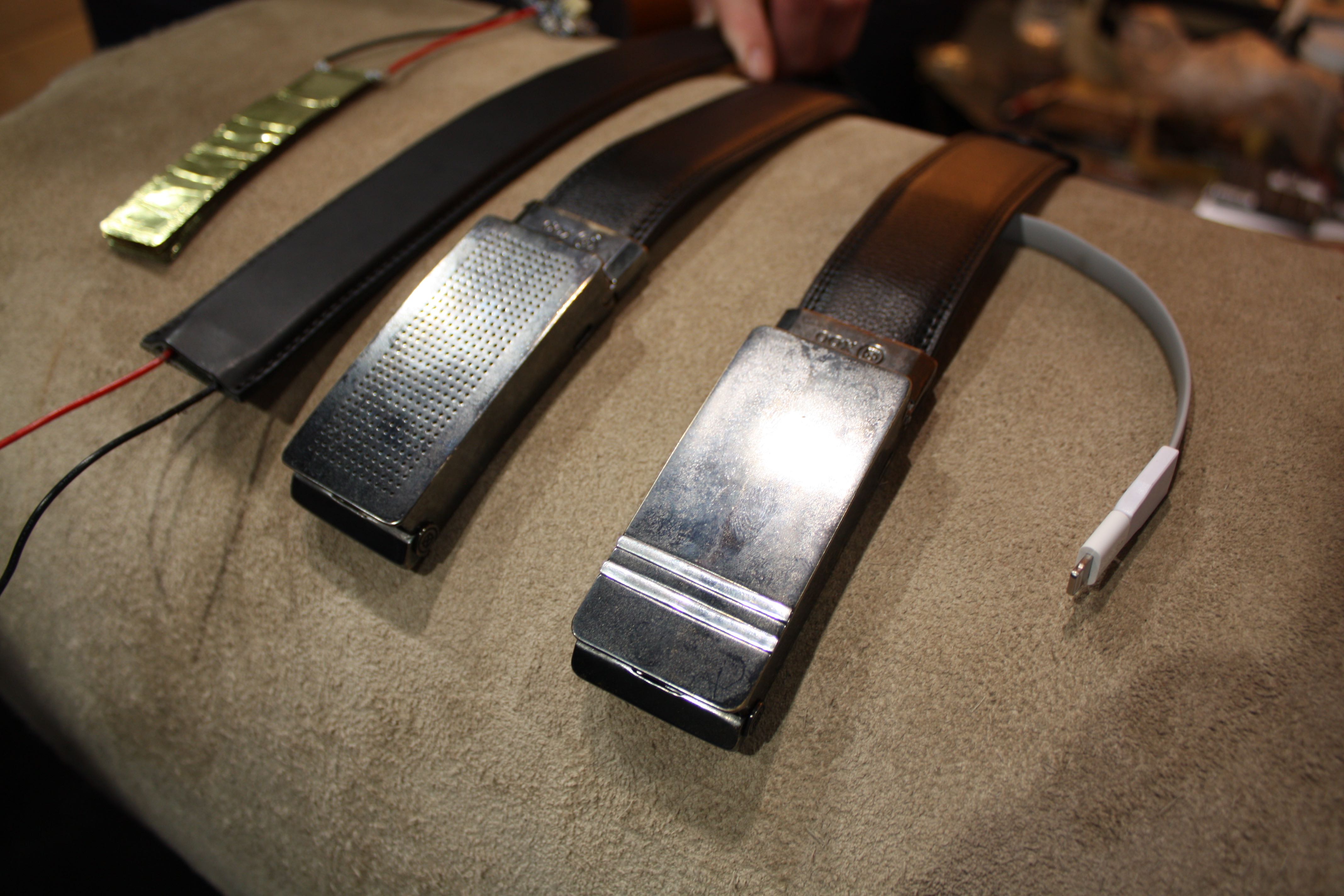 As I’ve said before, it’s a bit hard to find or review any portable battery packs with a difference these days, there is just a state of market saturation in that huge growth space. So, here’s one with a difference – your belt.

Using a first of its kind flexible battery technology, this belt from XOO will charge your phone right back up without even taking it off.

Put the phone in your pocket and using the attached lightning or microUSB plug charge it while you walk.

The charging cable is about 20cm long stretching from the buckle and is removable, but more likely you will keep it in place as it magnetically attached to the belt at all times when not in use.

It’s a great idea, they’ve teamed up with some fashion designers to start working on fancy designer buckles and belts.  Prices should be between $130 and $200.