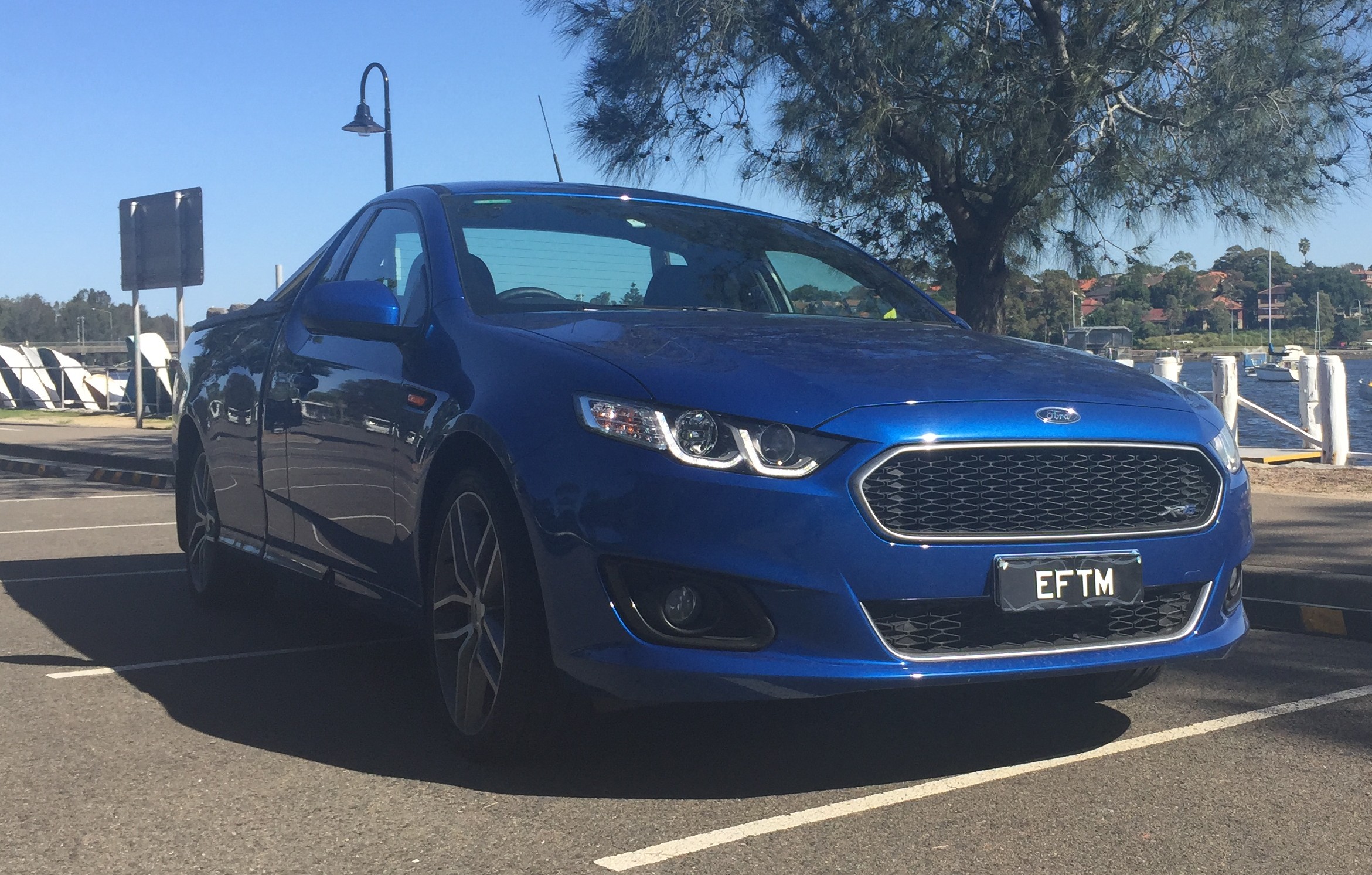 We’ve been getting around in the latest FG X range of Ford Falcons, a range that is on the slippery slide to oblivion. So in a sense it’s been a nostalgic few weeks, but now we find ourselves in the Ute variant. Another iconic vehicle that itself is facing the chop. So how does the gas-fired Falcon XR6 EcoLPi Ute shape up, Chris Bowen had a week to ponder that very thought.

I love an Aussie Ute be it a Ford or Holden, the concept of chopping a family sedan in half and whacking on a tray or tub out back is simply unique to this country. The Ford Falcon FG X does it all again but this time with an attractive new face and on this occasion a LPG version of the tried and tested 4.0-litre straight-six.

The cabin is a typical Falcon affair, it lacks the flare of the Holden VF Commodore but leather inserts for the sports style seats and Ford’s SYNC2 infotainment system help make life acceptable.

There’s a brief hesitation when firing the ignition as the system primes itself before rumbling to life. But thankfully running on LPG over petrol produces some surprising results. For starters this is one brisk powertrain, getting the rear wheels to misbehave is a simple matter of literally over stepping on the gas. The engine note is just as pleasing and the overall handling can be described as sporting and well honed. The steering is a tad heavy, and you do hear some unusually yesteryear sounds. When the auto headlamps illuminate in a tunnel you’ll hear a switch click from somewhere within the dash, the same noise occurs when the wipers are in operation as well.

The 4.0-litre EcoLPi unit delivers a hefty 198Kw and 409Nm, that betters the petrol engine which makes do with 195kW and 391Nm. The more costly ZF 6-speed automatic transmission is fitted on the LPG model which is fine given its slick shifting ability but adds $2500. Being an XR model a limited-slip differential is thrown in along with sports tuned suspension. There’s no doubt a stack of fun can be had when the time calls, even unladen the XR6 Ute remains well-balanced with direct steering that never throws up any surprises. You score some reasonable goodies as part of an optional $3500 XR Luxury Pack. Attractive 19-inch wheels, enhanced audio, dual-zone climate control and satellite navigation. However the Holden equivalent sees a number of techy items like a blind-spot monitor, park assist and most importantly a sophisticated reversing camera that includes cross traffic alert.

Towing is a strong point with up to 2300kg allowed behind, the tray itself be it the “Styleside” box or alloy tray on cab-chassis models is 542kg. The box does tend to wiggle around a little when speed bumps or uneven terrain are encountered.

So obviously the elephant in the room is the virtues of LPG v Petrol. Well it’s a complicated numbers game that requires plenty of thought. Fuel economy is rated at 13.5L/100km, my spirted nature took that closer to mid-16’s. However the average price of LPG at the time of writing was 64.1 cents, E10 sat around 140.3 cents in Sydney. If you want a gas-powered Australian made Ute you’d better get your skates on. I’m a bit of a detractor when it comes to the overall quality and refinement of the current crop of Ford Falcons. But in this instance you do score a thoroughly decent drive, genuine sporting credentials and the knowledge that you’ll inevitably be saving at the pump. I award the Ford Falcon XR6 EcoLPi Ute the EFTM Pass Rubber Stamp of Approval