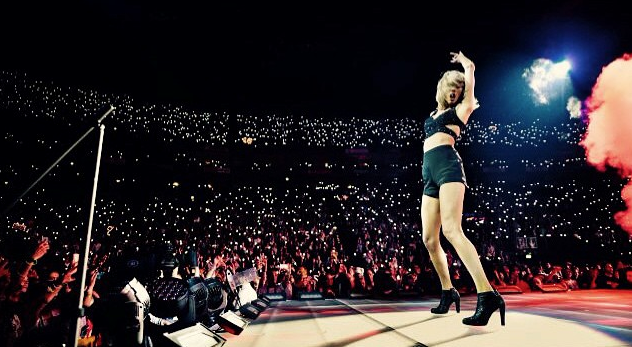 When Apple announced their streaming music service “Apple Music” it seemed they might have just cracked the code, and created a product (service) which could once again revolutionise the music Industry.  It “seemed” to me that their connection to the industry and the depth of their music library would be to their advantage.  Perhaps not. Taylor Swift has taken to the interwebs to make a very strong point about streaming music services, and their impact on up-and-coming musicians.

UPDATE: Apple has responded.  See end of story for update

Swift is no stranger to headlines surrounding streaming music, last year she had her music removed from streaming music leader Spotify, which was why this new Apple service should have been launched with one clear feature in mind.  Taylor Swift Music.

Perhaps add to that The Beatles, but for the moment, let’s focus on Swift. Her “open letter” to Apple makes some very solid points.

I’m sure you are aware that Apple Music will be offering a free 3 month trial to anyone who signs up for the service. I’m not sure you know that Apple Music will not be paying writers, producers, or artists for those three months. I find it to be shocking, disappointing, and completely unlike this historically progressive and generous company.

Those three months are the critical issue, and they also point to the concerns over Spotify too.   Spotify has 40 million users.  10 million of whom are paying for the service.  That’s 1/4 shelling out cash.  One can only assume that artists get little or no revenue from the 30 million others who use the add supported version.

There is a glimmer of hope though – Swift seems to see Apple as the hope of the side:

I realize that Apple is working towards a goal of paid streaming. I think that is beautiful progress. We know how astronomically successful Apple has been and we know that this incredible company has the money to pay artists, writers and producers for the 3 month trial period… even if it is free for the fans trying it out.

But no, this is not about her:

Thankfully I am on my fifth album and can support myself, my band, crew, and entire management team by playing live shows

And in that makes the clear point that in fact her money (in the main) comes from touring, playing live shows.  Something smaller artists can’t do at the scale she can. So what does this all mean?

It means Apple is about to get a LOT of headlines from this little online post.

And it means Apple’s advantage over Spotify is diminished, in reality it’s down to just their device penetration and their ability to convert many more people with great convenience to a paid subscription model.

What should Apple do?

Well, only the Music Industry and Apple would know the cost, but I’d suggest that a company with hundreds of billions of dollars in the bank could take the hit and create what’s commonly known as a “loss leader”.

Perhaps make the three-month trial available to users, and pay the artists for the songs streamed over two of the three months?

Normally the reason not to do that is fraud.  People creating fake accounts and continually using the three-month trial.  But Apple knows more about you – your Apple ID will be the key.  They can track that to devices, so could more easily prevent that kind of fraud.

Hey Apple – don’t change the offer to your audience.  Except to give them Taylor Swift (oh, and The Beatles please), but when it comes to the music industry, call them to the board room and put some cash on the table, it will pay big dividends long-term.

And Taylor Swift will forever be the saviour of the Music industry – can we live with that?

So it seems Taylor Swift has a lot of klout!  Apple’s Eddy Cue took to Twitter today to set things straight:

Apple will always make sure that artist are paid #iTunes #AppleMusic

#AppleMusic will pay artist for streaming, even during customer’s free trial period

We hear you @taylorswift13 and indie artists. Love, Apple

So, there you have it!  And, with that Apple Music might just take the upper hand against Spotify – do you agree?