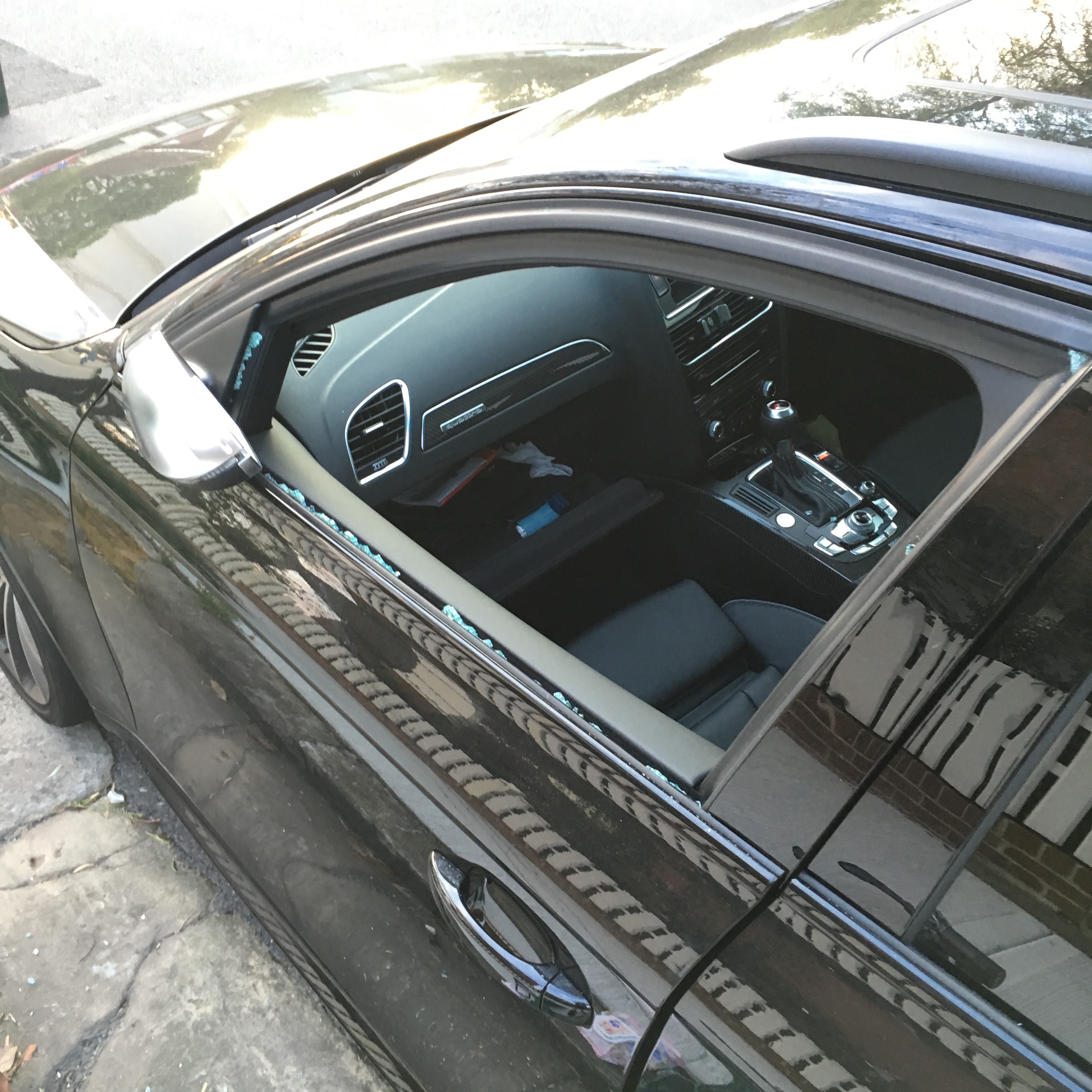 When Audi owner James told me about his Audi RS4 Avant having its window smashed I assumed it was just another sad case of thieves looking to get valuables from inside your car.  Heck, I can remember having an iPod stolen from the glovebox back in the day, but it turns out it’s a much bigger deal – they’re trying to steal the car, and Audis are being targeted right across Sydney.

In many luxury cars you get two keys with all the bells and whistles, buttons to lock open the doors pop the boot etc.  But you may also get a Valet key.  At least that’s what it was called when I owned a BMW.  A plastic key, that still starts the car but was basically for emergencies where you’d lost your keys or needed the key to fit into your pocket easier when down the beach.

The problem for Audi is their “Plastic spare key” is inside the glovebox by default.  Now the good news is that Audi dealers are telling buyers to remove they key in most cases.  Problem is, thieves are happy to play the odds – so they are smashing windows, raiding your glovebox and looking on the off-chance you’ve got the key inside. 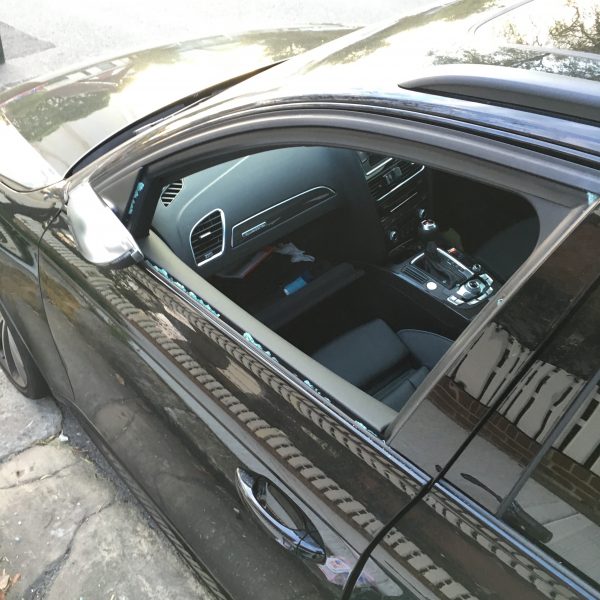 It’s a real issue for owners.  The installer who came to put a new passenger window into James’ car told him he’s seeing more and more of this, and the Window tinter who applied the tint tells him it’s keeping him in work. 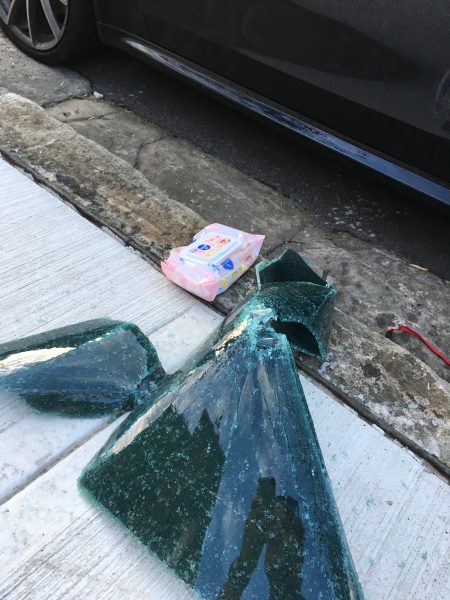 Police are aware, insurance companies are aware, and Audi are aware too – here’s the statement Audi Australia provided to EFTM today

Audi Australia is aware that there have been some recent occurrences of theft from, and of, Audi vehicles. We are in contact with the Police and are supporting their investigation into this matter.

All current Audi models are equipped with advanced vehicle immobilisation systems and it is important that owners follow standard security procedures at all times. Importantly, keys should never be left in a locked vehicle, including a valet or service key.

The safety and security of our customers is our utmost priority, and we are in ongoing, direct communication with our customers to remind them how to ensure that their vehicle is secure.

Audi dealers are providing additional advice to our customers, but for any questions or enquiries, owners are also encouraged to contact Audi Customer Assist on 1800 50 AUDI (2834).

The National Motor Vehicle Theft Reduction Council regularly rates the security of new cars with the assistance of the NRMA Insurance Research Centre. In these ratings, Audi models outscore all other models in the Australian market in the Small, Small-medium, Medium, Large passenger and SUV categories, which is testament to the high priority Audi places on vehicle security.

The problem is, those ratings are a checklist score based on features, not the actual rate of break-ins.

According to the Audi Website, it seems the A1, S1, and Q3 models are the ones that don’t come with a Plastic Key – leaving the top end and some of the quite popular models vulnerable to attack.

When EFTM approached an IAG insurance spokesperson he was aware of the issue, but was unable to offer direct advice on this specific spate of incidents, they did provide these tips:

All well and good, but in reality, if you live in the Eastern Suburbs or North Shore of Sydney where Audi ownership is at its highest, you best be aware this is going on.

EFTM understands that Melbourne has suffered a similar spate of break-ins with the concept or thieves themselves now moving to Sydney.

While this has been reported before, it’s important that Audi owners know to remove that Plastic Key or risk losing their car.

As for how to avoid the broken glass?  Perhaps the only thing to do is clear out your glove box and leave it wide open so thieves can see in and assume you’re leaving a signal to them that there’s nothing worth taking inside?

UPDATE: It appears Audi are doing everything possible to ensure no keys are left in cars at the point of delivery.  All new cars delivered to dealers now have a big red tag making it clear the keys should be removed: