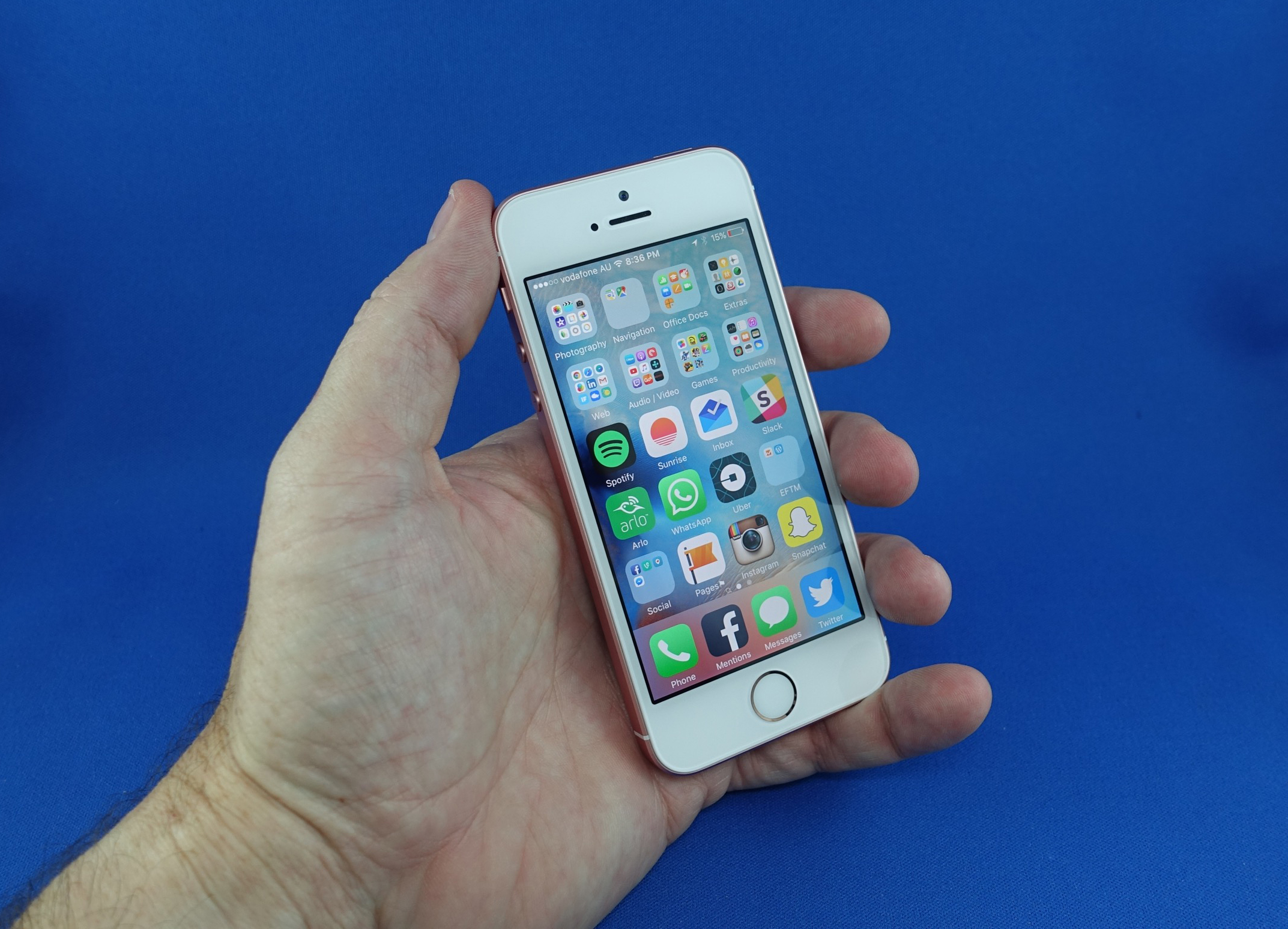 When the rumours started about a “new” smaller iPhone launching out of the traditional end-of-year sequence for Apple I had no doubt of their credibility, after all – why would Apple just assume everyone wanted a 4.7 inch or higher screen?  Add to that the 30 million units sold in 2015 of just Apple 4 inch phones (iPhone 5s) and you’ve got a compelling reason to keep a smaller iPhone on the market. 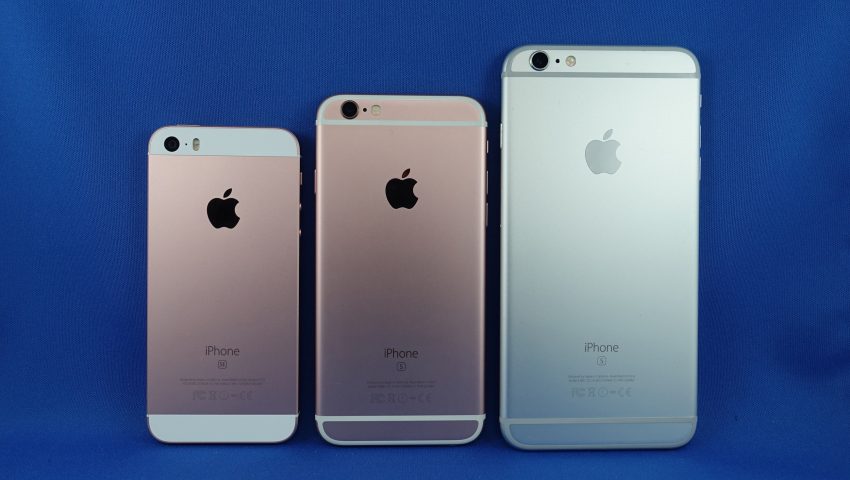 Is this a backwards step as some have naively suggested?  Hell no.  As suggested above, Apple, better than anyone, knows what their customers are buying.  And while there are plenty willing to line up for the bigger iPhone 6 and 6 Plus, there are also plenty who have resisted that upgrade for two key reasons.  Size and Price.

On the price front, the most up-to-date iPhone in the smallest size and lowest storage specification – the iPhone 6s 16GB – will set you back $1079!  Go a year back on specifications and get the iPhone 6 in 16GB and you’ll pay $929.

Which brings us to size.  Just because Samsung sells all their flagship phones in larger sizes, and because Apple went that way for two years – doesn’t mean they shouldn’t consider selling a smaller phone does it? 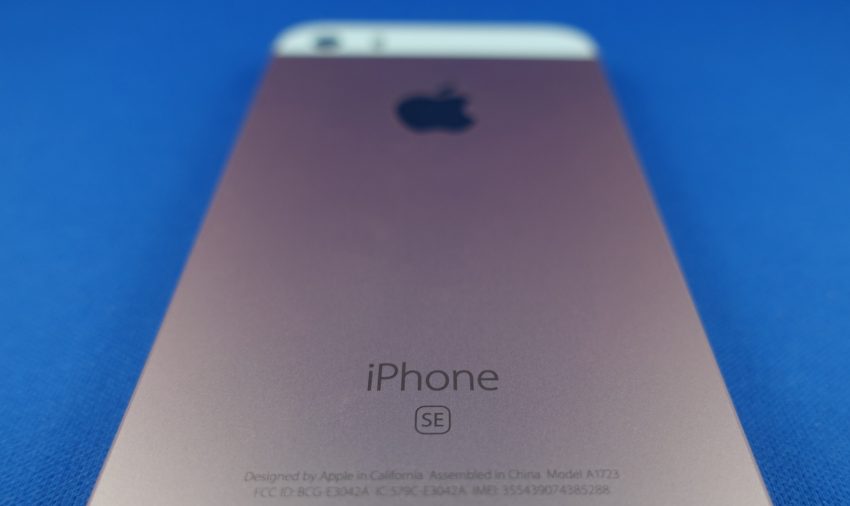 Introducing the iPhone SE.  Anyone currently off contract on an iPhone 5 or 5s will immediately be drawn to this device.  It’s identical on the outside in terms of shape and size.

It does however look different only via the introduction of colours like Rose Gold and Gold. 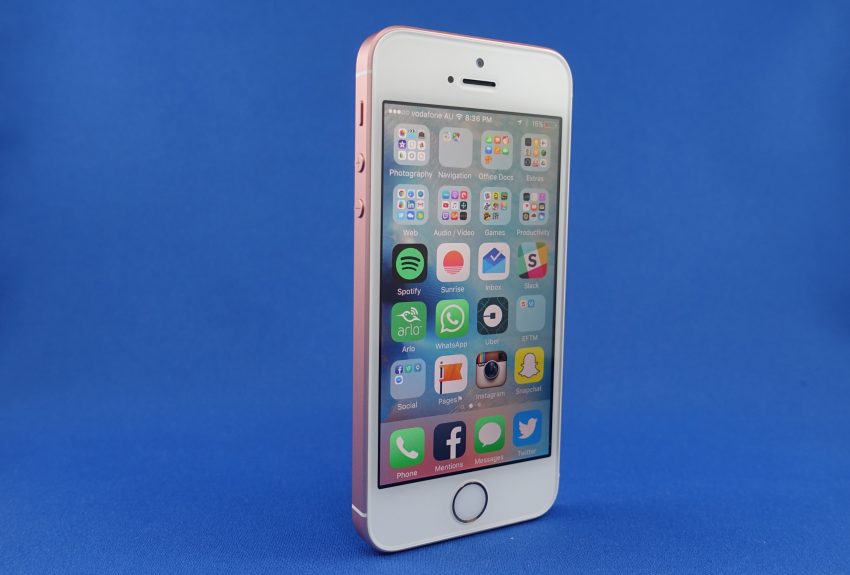 Aside from the colours, it’s hard for the casual observer to tell the SE from the 5s.  Ok, that smacks of some laziness in Sir Jony Ive’s design team right?  Perhaps.  But more likely they are focussed on designing the next iPhone (7), an updated Apple Watch and heaven knows what automotive delight down the track.

So when the bean-counters said “hey, these 4 inch phones are selling well still” and “why aren’t iPhone 5 users upgrading to the 6” the penny dropped.  Some people don’t like the larger screen!

I ignored the iPhone 6 Plus for a full year, it was too big to handle.  But with the 6s Plus I gave it a go for its added Optical Image Stabilisation on video recording.  I’ve stuck with it.  But only for the addition of the stick-on Love Handle could I actually use it day-to-day with ease.

When I unpacked the iPhone SE and got it all up and running from my iCloud backup I immediately felt at home.

Initially I missed the four additional icon spaces on the home screen, but I quickly compromised on that and sorted my icons out.

From then on, it’s been a minor adjustment to my typing to get the fat fingers working on the smaller screen again – but let’s be clear – that wasn’t an issue I’d been complaining about on the 5 or 5s was it? 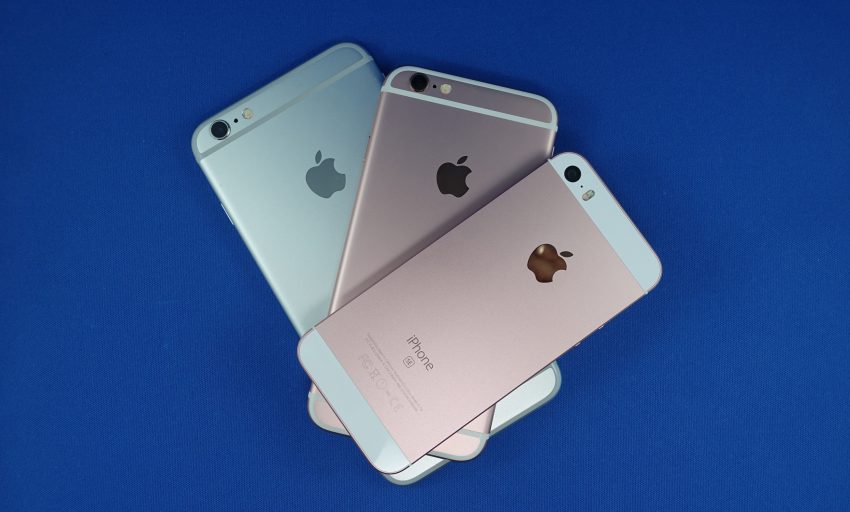 It’s half-right to suggest the iPhone SE is an iPhone 5s with the guts of an iPhone 6s inside, but it’s most certainly the simplest way to explain it to the somewhat interested phone buyer.

Ok, here’s my simple guide to what you’re NOT getting with the iPhone SE that those buying a 6s might be enjoying:

So really – that’s the important stuff to consider.  Because deep under the hood it has the same processor and power as the iPhone 6s and 6s Plus, and the battery life is somewhere between the 6s and 6s Plus.

Today was a critical test for me.  I gave it a good workout, and as you can see in all the pics here I’ve got it at 15% or so after a full days use.  With Low Power mode used in advance that would be double at my estimation.

For iPhone 5 and 5s users sick to death of battery woes you’re going to get a pleasant surprise with this guy.

If you want a big screen – not for you.

If you want more than 64GB storage – not for you.

If you love selfie photos – this is not for you.

Plenty of people will read those three things and say – that’s the bad news? Yep, that’s it.

This thing is fantastic.  Apple have dropped their best stuff into what would be described by many as their best design.  And if you are ok with, or love, the smaller screen size of the iPhone 5’s – rush down and get one of these – they go on sale Thursday March 31.