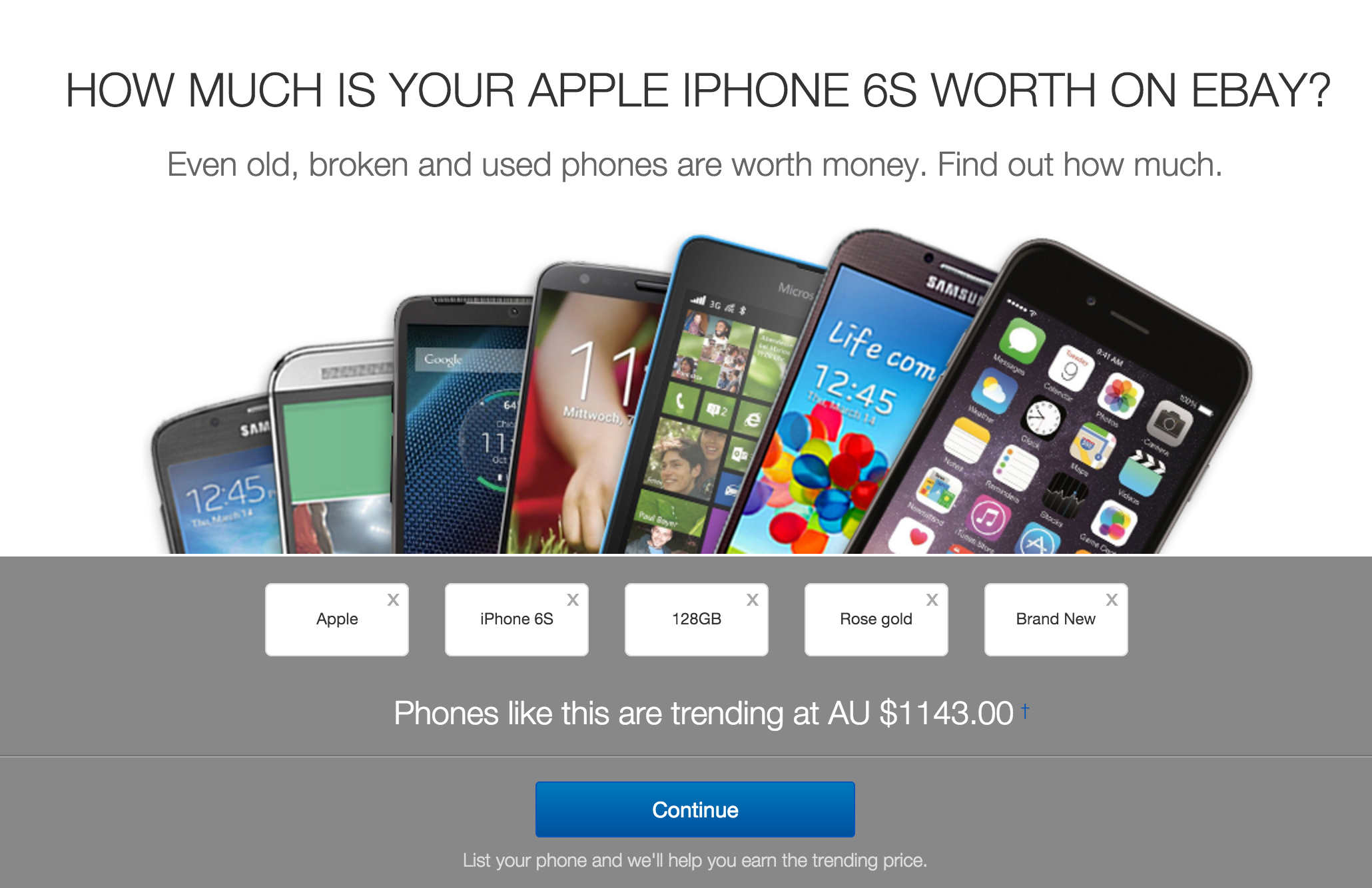 So you want the next great phone do you? But you just can’t afford it outright or you don’t want to be stuck in a two-year contract?  Well, I’ve been banging on about owning phones outright for years and right now eBay reckon there’s $6.4billion reasons to consider selling your old phone – perhaps use the cash to fund your next phone.

The reason Australian’s are overwhelmingly locking into two-year contracts for smartphones is because we want to have the latest and greatest, yet we are trapped in this cycle of payments month after month with no hope of breaking away.

So just how can you get that chunk of money you need to buck the trend?

eBay Australia have been crunching the numbers on all the handsets being sold each year on eBay and it turns out you’re looking at an average of $286!

Using all that data they’ve got in the back-end of sales and searches on their own site, eBay have a new “How much is your smartphone worth?’ tool which allows you to plug-in the brand, model, condition and other details of your phone and see what that very phone has been selling for. 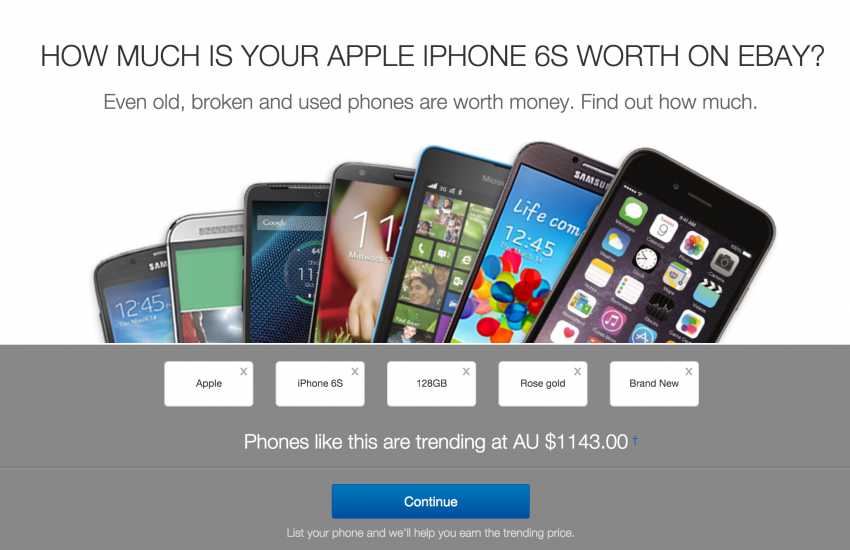 I’ve got a few phones lying around – not that I’m going to sell, they’re old review units I use for comparisons – but I checked out what they’re worth:

And perhaps more interesting is last year’s model.  $971 down around $400 on it’s as new price – plenty of people would love to own such a recent model and that’s a great price.

For you the owner of a one year old model you can consider using the sales proceeds to fund the next flagship phone.

According to eBay – their top five best-selling mobile handsets are:

And while Samsung may do well to chomp at Apple’s tail in many respects, on eBay it’s a bit more one-sided.  Over 10 million searches for iPhone compared to 4 million for Samsung in 2015.