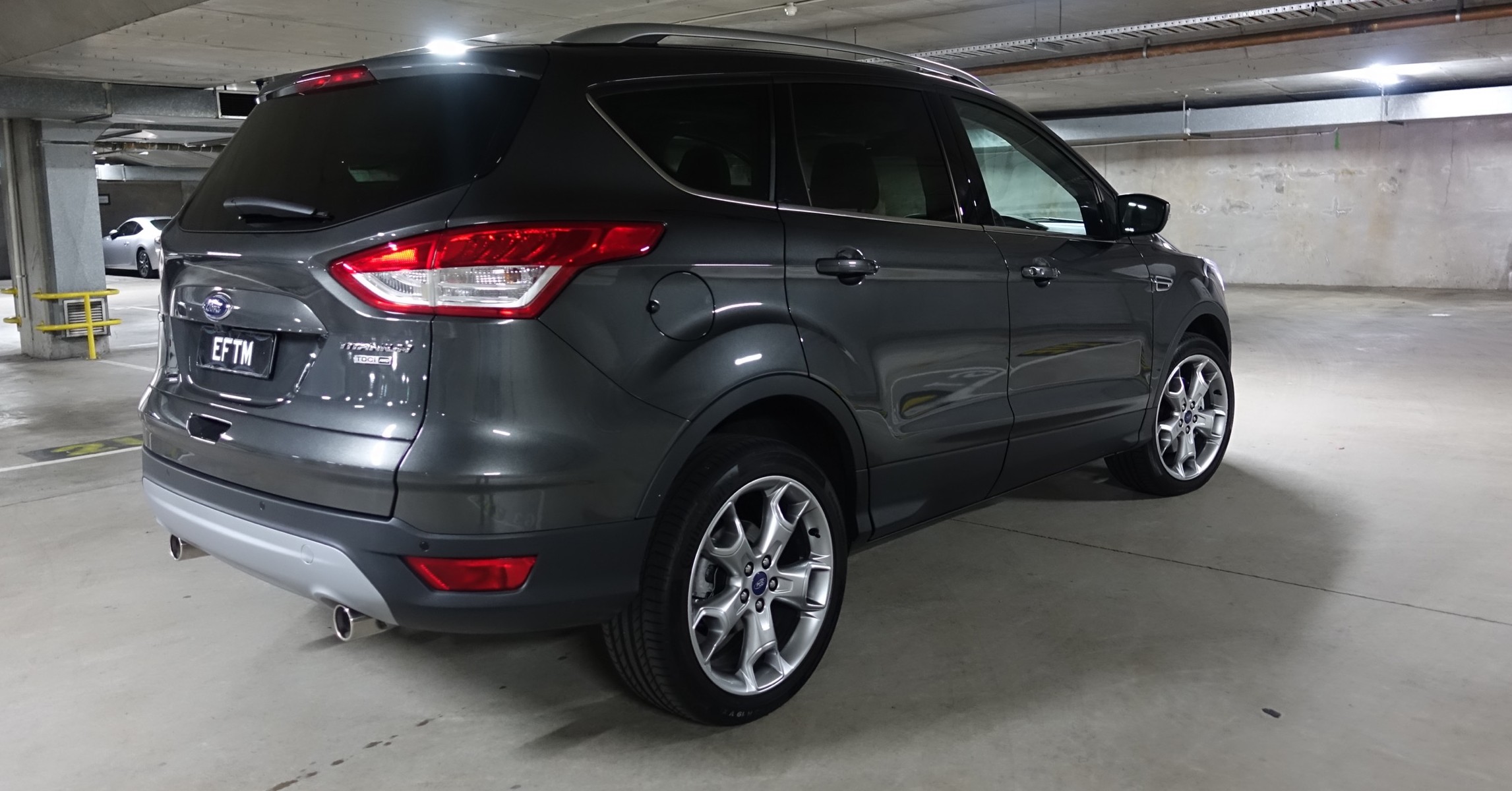 It’s been almost three years since I last gave the Ford Kuga a decent look – back then it was an impressive car without question – today, it stacks up as well if not better with refinements from top to bottom.

This is a car you have to take for a test drive.  But don’t just take it where the salesman tells you.  Take it somewhere familiar – feel it around the roundabouts, see what it’s like in traffic – that’s the kind of experience that will make you smile once you hand back those dealer keys. 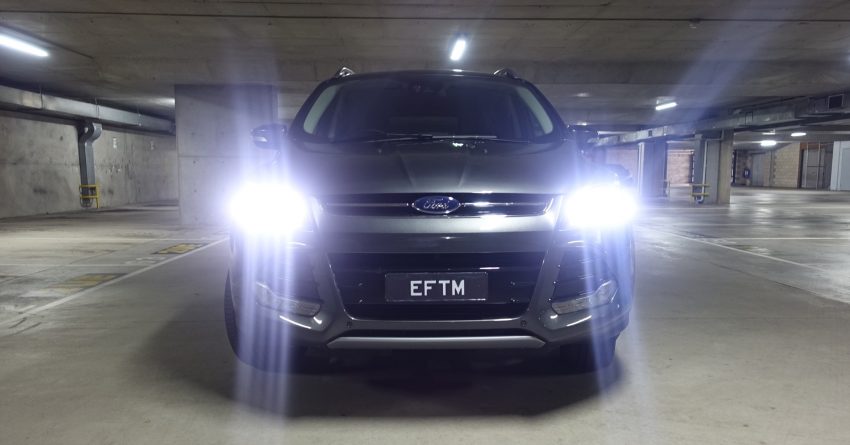 Perhaps most importantly, don’t just take it for a spin.  Stop, pair your smartphone, get out of the car – test out a few of the features.

Keyless entry is something that someone who bought a car 5-8 years ago would have thought was just for the luxury cars.  Likewise the crazy concept of opening the rear door without touching the car.  Wave your foot under the rear bumper and up comes the door – fantastic for shopping or packing for a trip.

All in all, this is a car I’d have no hesitation in starting to talk deals with the salesman on after that test drive – and after spending a bit more time inside it only grew on me – that’s what you want from a $40,000+ purchase right?

The key change from the last time I drove this is not the ride, not the handling – though I’m sure there have been subtle tweaks.  No regular family would have any complaints about the way this thing drives on the road. 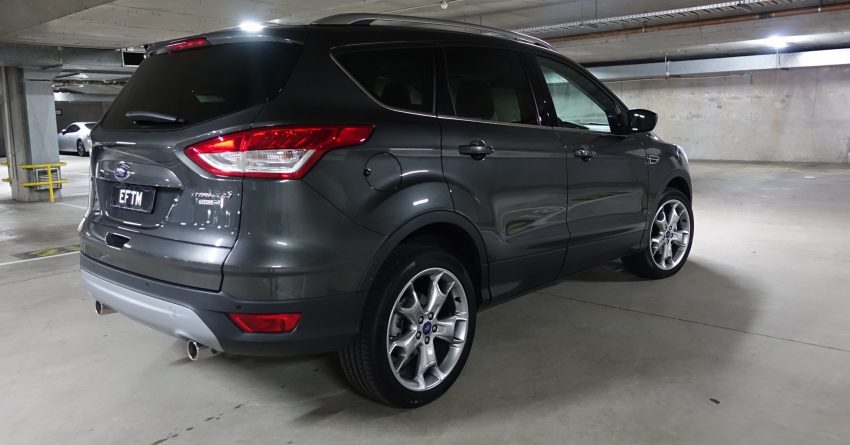 For me, the difference is the inside – the dash in particular.  The addition of the Sync 2 infotainment system means a less complex console full of buttons and that’s been a big win for the driver. 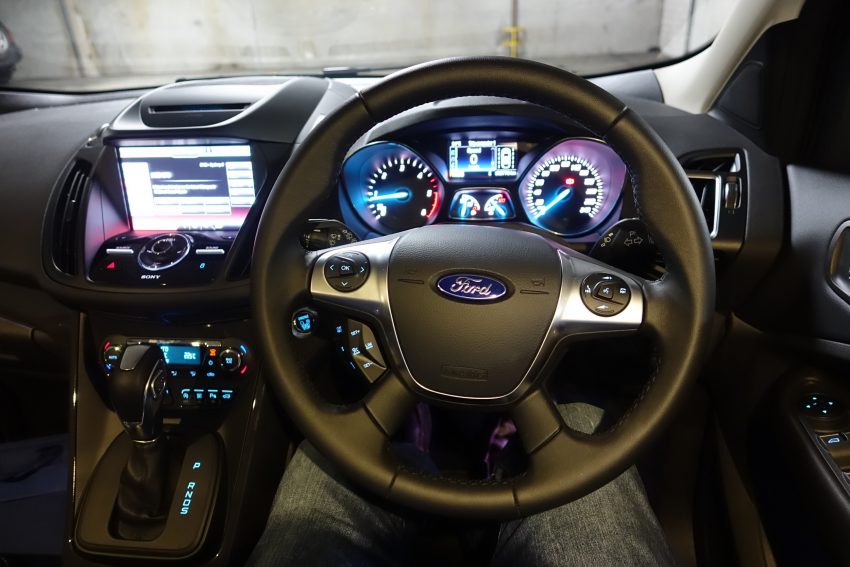 On the road though I’ve been driving the Diesel variant.  This 2 litre power plant isn’t for speed off the line, but at no point was I left wanting. Enough grunt to get me round the odd vehicle on the motorway and no boring diesel drone.  You’d barely know it was a Diesel until you pulled up at the pump.

I found the steering to be soft yet direct, good feedback through the wheel and enough weight to ensure you felt the control, but easy to guide with one hand while the kids were demanding this that or the other. 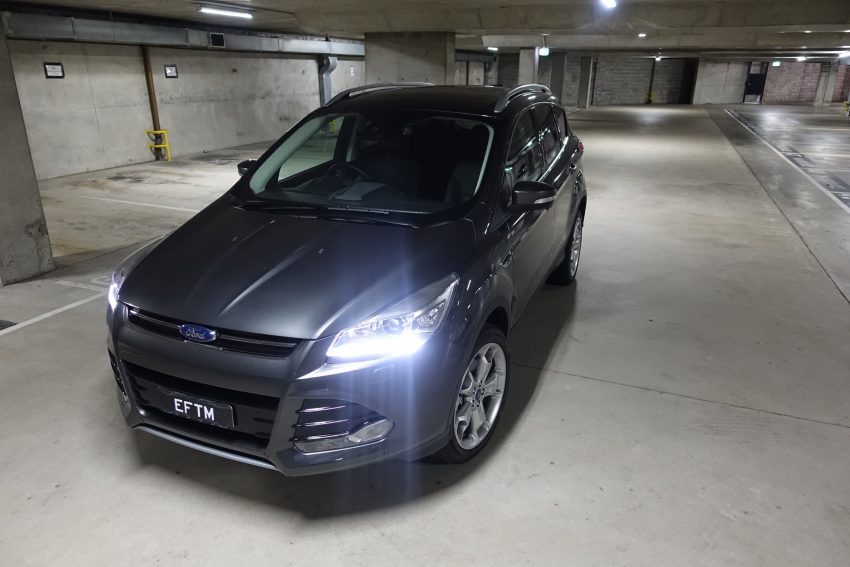 The bottom line – you’ll enjoy the drive.  But that’s not what Ford is hoping to win you over with.  It’s the tech inside they’re loving.

Ford’s own press release states that the “Ford Kuga offers 10 advanced technologies not found on the RAV4” – yep, they know what’s selling out there, and they want a slice of the action. 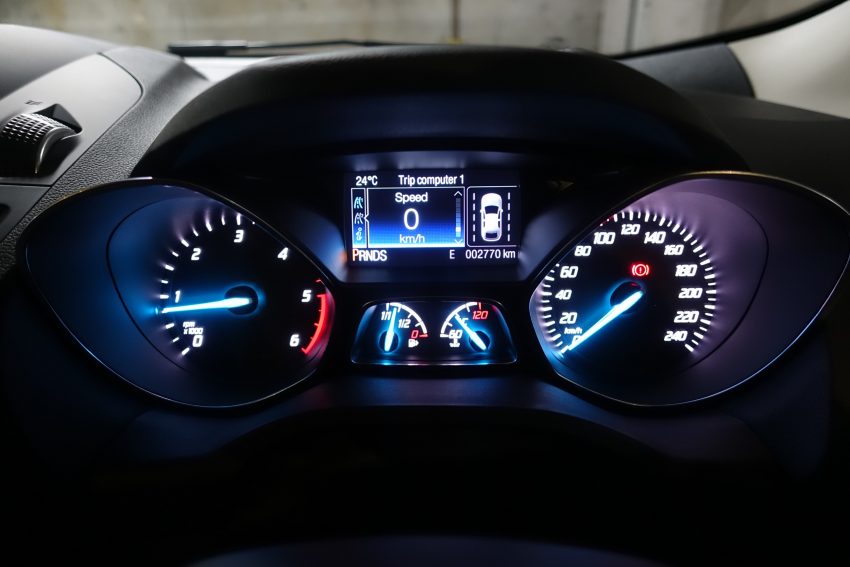 Here’s a long list of cool stuff that’s not just class leading – this is hard to find in many higher priced cars. 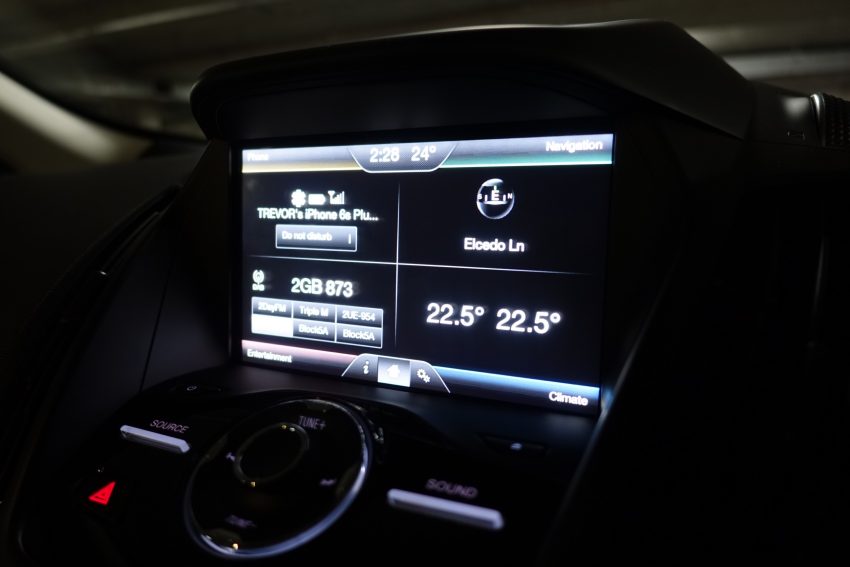 At $47,190 you’re probably searching and comparing the Ford Kuga to things like the Jeep Cherokee, Subaru Forester, Volkswagen Tiguan, Mitsubishi Outlander and Hyundai Tucson – among many others – in particular the Toyota RAV4.  It’s a crowded price point and a crowded market. 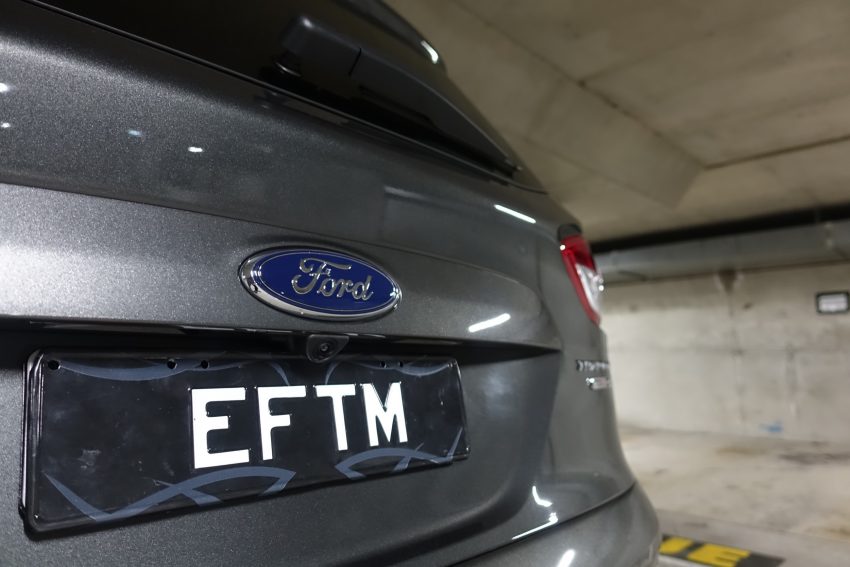 For all the tech inside this Titanium variant, its money well spent.  You can get a Kuga for $28,000 – but you’ll be left wanting on most of the best tech and features – well worth the extra if you can push it.

Big fan of this car.  Ticks the boxes for many looking for this “SUV” approach to the family car.  While I mourn the loss of the family wagon, the mid-sized SUV blazes ahead.  Kuga should be considered by anyone in the market.

I wish more of its features were able to be pushed down into the entry-level model, but perhaps that’s just something that will come with time – until then, when it comes to the $47,190 Titanium version – I award this the EFTM Credit Stamp of approval. 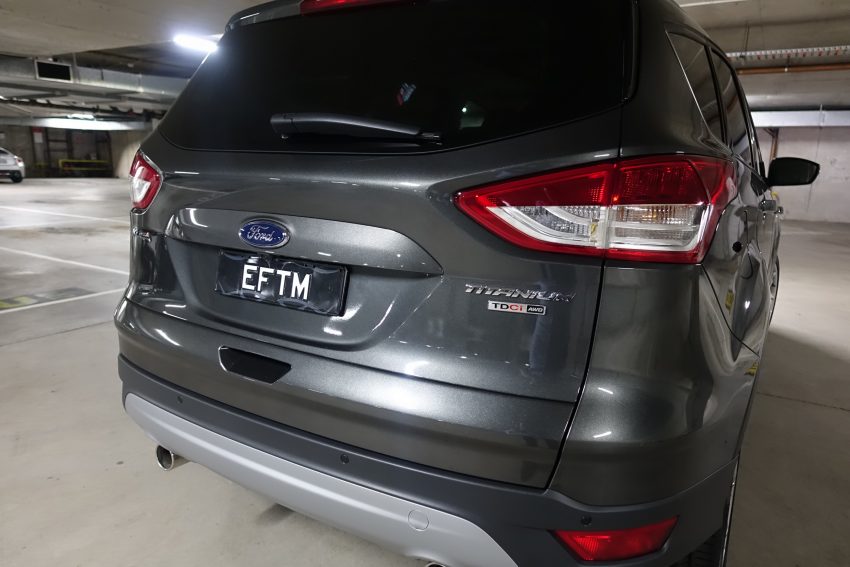