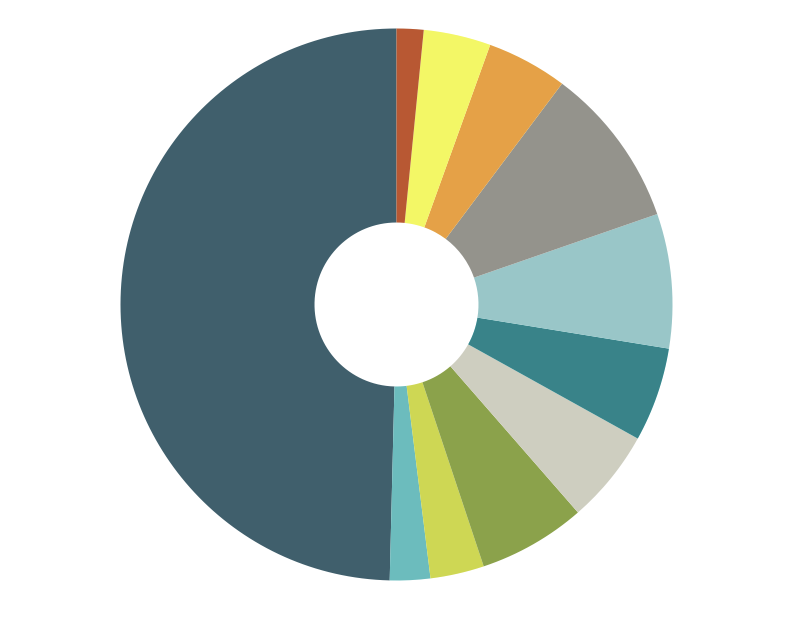 At the start of this week we posed a few simple questions of the Australian public.  Looking at what we think of our current mobile phone providers, what devices we use and what if anything would get us to switch providers.  The results are in.

There’s more data here than we could ever have imagined.  In fact, this will likely be the first of several posts on the data.  It will take some time to read through the hundreds of comments regarding why people do and don’t switch carriers, so today, we’ll start with some raw data.

While I had hoped to get one or two hundred responses, we’ve gone a long way further than that.  At this moment, we’ve downloaded the entire dataset and responses for 874 participants.

The survey was conducted using Survey Monkey technology and promoted socially across a range of platforms and audiences.

By no means is this 100% representative of the entire Australian population.  There are two important caveats to that potential claim, though I will refer in the results to “Australians” being those who we surveyed.

Because the Survey was conducted online, and because it was promoted entirely online via Facebook and Twitter, there is a skew toward the connected end of our population.  There is also a heavier skew toward NSW residents than the national average, though there is a solid spread across the states.

With that said, there’s also a very good sample here.  Well over 800 respondents is more than many “studies” or “surveys” that get published by companies promoting this that or the other.  Additionally, I take some heart from the proportional split of Telco providers.

When asked “Who is your current Telco?” We had 41% say Telstra, 22% Optus, 16% Vodafone, 6% Virgin and 3% Amaysim.  The market split for the big three is certainly close to consistent with what we know of the actual market, and while Virgin and Amaysim may battle it out for fourth place in the real figures, when you start to talk in 26 vs 53 respondents it is important to be cautious about the weighting.

I’m including Virgin and Amaysim to demonstrate the results, but again – low numbers and should be taken with that in mind.

These three areas were the first point of call when I started to look at the data.  Because in many ways they are the battle grounds among the telcos.

You can produce all the coverage maps and 96% or 95% population coverage statistics you like, but if people don’t feel they can get better coverage then they won’t switch.

Asking people how they rate for themselves the coverage they are getting shows us just how hard it is for any one Telco to move the needle.

91% of all respondents rate their Telco’s coverage as OK, Great or Awesome.  People don’t walk away from a Telco if things are OK.  They leave if things are “Not so Great” or “Terrible”.  That’s just 7% of people.

Telco by Telco it’s actually Vodafone that come out on top here among their customers. 95% of Voda customers think Vodafone is OK or better.  If you look only at those who think things are Great or Awesome, then Telstra takes that one with 66% ahead of Vodafone’s 64%.  Optus has the most work to do if you look at that high level of coverage rating as a “net promoter” they have just 51% who think their coverage is “Great or Awesome”.

Reliability though is a very interesting one.  Especially if you consider how far Vodafone have had to move the needle on this one over the years.

I make no bones about the fact I asked this very specific question because of Telstra’s recent claims of having “Australia’s lowest dropout rate”.    Telstra states “We have the lowest call dropout rate of any Network in Australia. And, with coverage in more buildings across Australia you’ll also get fewer dead-spots.”

So we conducted a survey of our own.

As you can see above, Telstra, like all the big three – do remarkably well in terms of Drop Outs.  But it’s a VERY tight race.  While at first glance it looks bad for Vodafone with their 5% response under “Often”, they score highest in the straight out “Never” response – with 37% of Vodafone customers never experiencing dropouts, in fact 55% of Vodafone customers either “don’t recall” or have “never” experienced Drop-outs.  The highest of all the Telcos in a very tight race.

Optus fare worst in terms of their customer’s perception of the network, with 53% recalling drop-outs “Often” or “Some Times”.  Vodafone has the least number of customers with that recollection – Telstra sits middle of the road.

When it comes to Speed there were some more surprises.

While the sample for Amaysim is small as part of the overall, their customers are certainly happy with the speed.  96% thinking it was Good or better!

Now again, this is very subjective, but remember – one customer’s satisfaction leads to their personal endorsement or recommendation when a friend of family member says “how good is your Telco?”

Of the big three, it’s safe to say once again Vodafone comes out on top.  93% of customers saying their speeds were “Good” or better, with 55% rating it “Great” or “Amazing”.

For those who had done a speedtest they reported back to us on just how fast their network was.

Telstra and Vodafone go head to head in the 80mbps and above space with 7% of respondents for each suggesting they achieve these speeds, while looking at those with speeds 40mbps and up Vodafone pips Telstra with 21% of their customers reporting these speeds ahead of Telstra’s 16%.

In the days ahead, we’ll look at what people are doing with their phones, how much we’re spending and if bill-shock is still a thing, plus contract vs prepaid.  And to wrap it all up, we’ll analyse all the thoughts on just what it would take to get people switching Telcos in Australia.