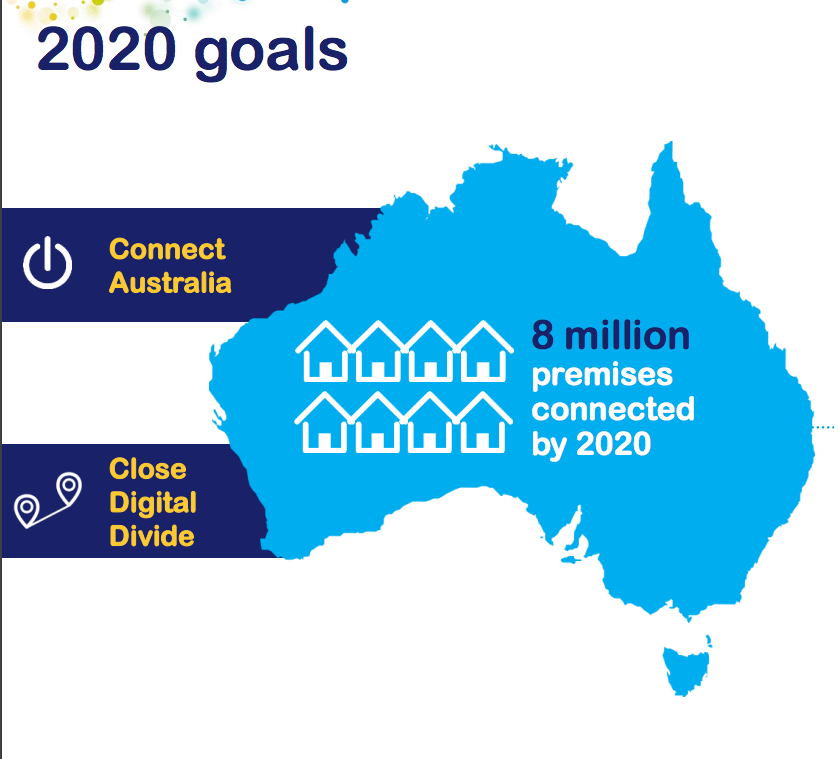 The team at nbn tasked with building our National Broadband Network have today put forward their corporate plan for the three years to 2020 – setting out their forecast for the network build and revenues which also gives a clear picture of the breakdown of the somewhat controversial Multi Technology Mix (MTM) solution.

Forget the politics, the real news from this announcement is that there hasn’t been a huge variation in the forecast delivery of the nbn to Aussie homes.

Some time back they announced their three-year roll out plan which covered a huge portion of the country, while that did a good job of revealing most people’s nbn solution (Fibre, Node, Cable, Satellite etc), we’ve now got a clear picture of how many homes will get the nbn by each technology. 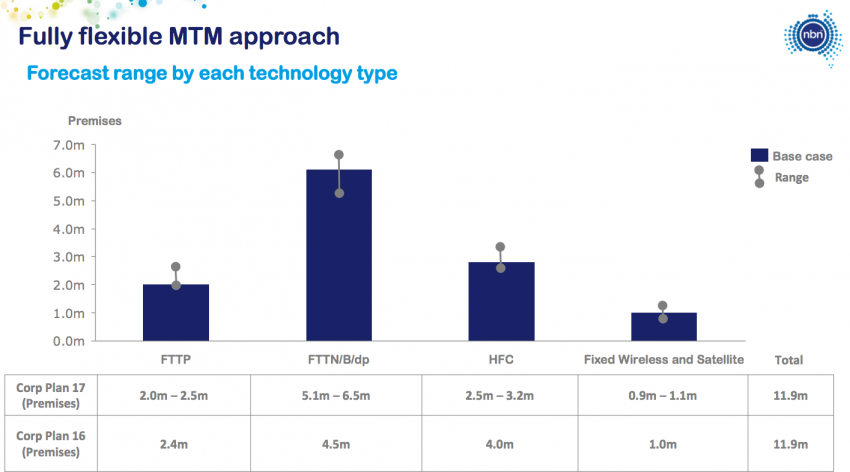 The HFC delivery of up to 3.2 million homes is a huge chunk of the network – which under the “Fibre to the Home” model of the previous government would have required a lot of trucks, digging and disruption – and a whole lot more cost.

And critically, on the money side of things – There’s no requirement for the Australian Government to dip in additional capital to get it done.  The government capital equity is capped at $29.5 billion dollars.

The total cost of the nbn network is going to end up being $49 billion.  The additional $20 billion required to complete the network will be found over the next 12 months or so when nbn executives travel the world talking to investment bankers about funding the business.

Being 100% government-owned, there won’t be any issue getting the money – the only question is at what cost?  What will be the interest rate on those funds, and how low can they get it.  In reality, it would be in the government’s best interests to fund the loan at a low-interest rate to reduce the overall costs, reduce the operating costs and fast-track the business to profit.  But good luck selling the public on that – they don’t yet understand the capital injection being an equity stake, I doubt the headline writers will take too much time to differentiate a loan.

Speaking about the plan today, nbn CEO Bill Morrow said: “We’ve had a terrific 2016 financial year, exceeding the company’s key targets set by the Board.  During the year we completed the MTM by introducing three new products to market: Fibre-to-the-Node, the Sky Muster™ satellite service and HFC,” he said. 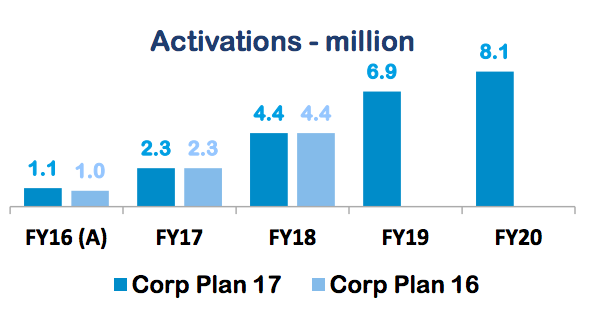 Check your address on the nbn three-year plan to find out just when and what technology you’ll be getting.