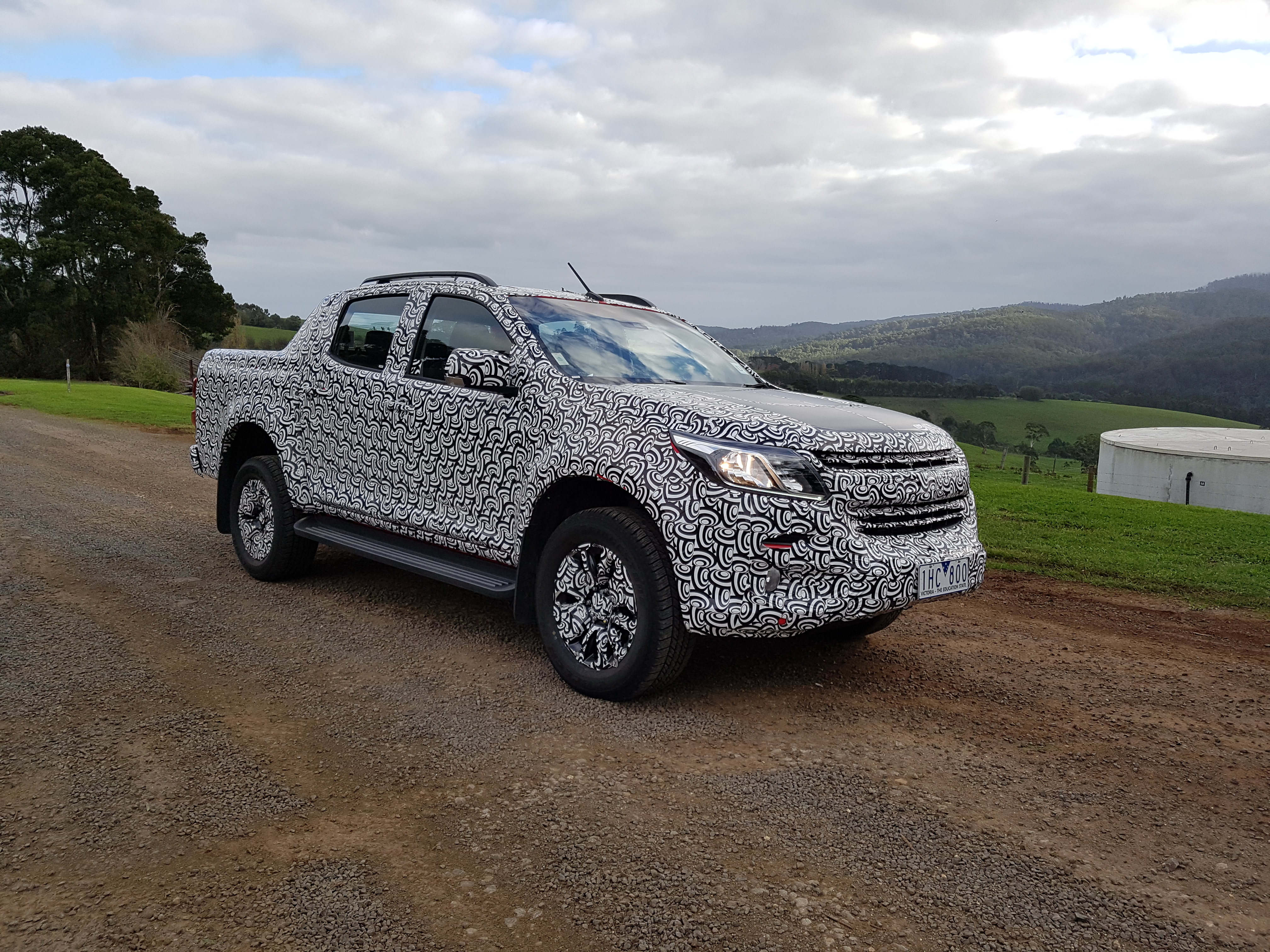 We’re now just one year away from Holden shutting its doors on its two Australian plants, signalling the end of the Australian built Commodore.

The latest VFII Commodore is a testament to over 60 years of local engineering, and the fact that it is the last to be engineered and built here is a sadness we won’t truly realise until we have the Commodore no more.

But while Holden’s future cars won’t be built here, that doesn’t mean Holden’s team of Australian engineers will be going too.

Holden’s facelifted Colorado, revealed earlier this month, is the second international car after the new Sparks to have significant local input since Holden announced its factories will be closed.

To really get an idea of what that means, and to take a look at how Holden will be making cars for Australian roads in the future, we went to the company’s Lang Lang proving ground around an hour out of Melbourne.

“When they [General Motors] first start thinking about a car that will come to our market, we get involved right then,” Holden vehicle development manager Jeremy Tassone told EFTM.

“We take a look at the feedback we get from customers, the press, dealers to set targets in the performance areas . Noise and vibration, fuel consumption, ride and handling, performance, safety – these all have targets set.

“Once you set targets you can work out what content do you need.”

And by content, Tassone means everything from local suspension tunes to different wheels, improved cabin noise or safety features.

In the new Colorado, you can see Australian fingerprints on just about all of those.

The process for this development begins in what General Motors calls a “home room” – essentially a base station where the majority of the work is done on certain cars. For the Colorado, this was with GM in Brazil.

Holden in Australia was previously the home room for the Commodore and any cars that came off its architecture, including the fifth generation Camaro. Holden still has a couple of these lying around Lang Lang.

With the Commodore leaving, Australia will no longer be a home room, with 6 remaining in Brazil, Thailand, Korea, Europe, North America and China.

But it’s not all bad, as Tassone says that because we’re not focusing on just one car to come to Australia, it should mean Holden’s imported line up as a whole will feel better suited for Australia, as the local engineers can get involved with their development earlier. 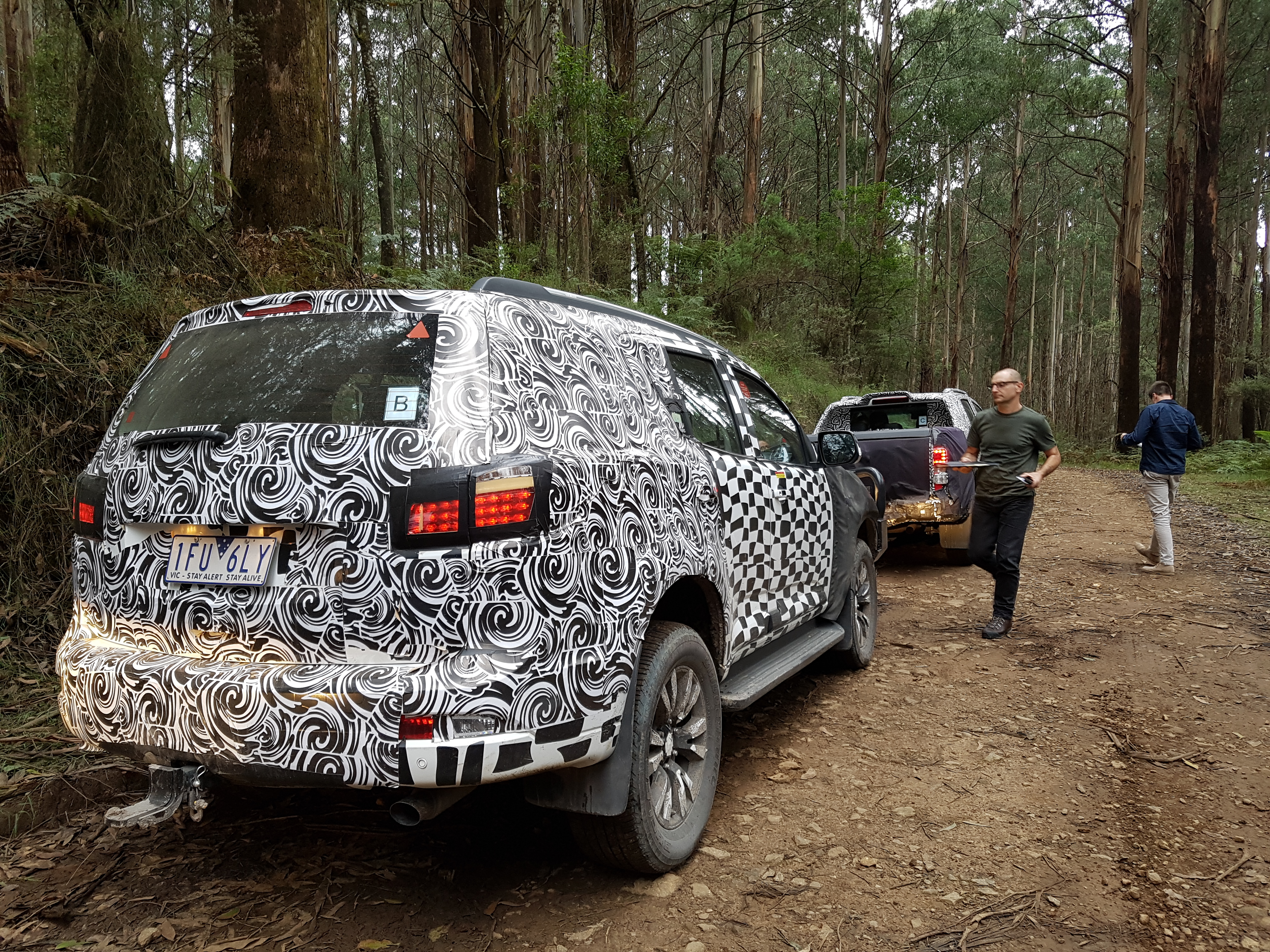 “Being involved early, we can get more changes to the program for our local market,” he said.

“We used to get involved in imported products much later [when Commodore was around], now we are getting involved in programs much earlier and driving more content changes.

“We’re trying to build a brand promise that when you get a Holden, you’re driving a Holden.”

Tassone’s team is now getting behind the wheel of cars at the crucial 65% mark, going on global development drives and giving feedback. At this early stage, the engineers at the home room can then work out whether those changes will be just for Australia, for right hand drive markets or globally – and then whether they’re developed in Australia or in the home room.

In most cases, the home room will continue to develop the changes and even adopt suggestions from the Australian market for the global car, as seen in the Colorado. However, some changes for the local market, such as the suspension tuning on the most recent Spark can all be done in Australia.

Crucial to being able to develop these changes is the Lang Lang proving ground, where engineer Rob Trubiani, who may also be the world’s greatest non-professional driver, showed us all the different tracks available for testing.

Fun fact – Rob currently holds the record for the fastest lap around the Nurburgring in a utility vehicle.

We’re talking19kms of dirt road, including full four-wheel driving tracks with almost vertical slopes, creeks to drive through, and 24kms of sealed roads, with long straights – plus a dome large dome around the outside with its own insane trick we got to experience first hand.

Think of the dome in the same way as a NASCAR track in the sense that there are different levels of gradients, starting from essentially flat, then angle gets steeper the higher and closer you climb to the outside edge.

In the dome, Holden created three lanes based on the angles. The bottom two are fairly standard, but the top one has a special feature.

No matter what car you’re driving in that top lane, if you’re hitting exactly 160km/h, you can take your hands off the steering wheel and the car will drive itself in a continuous loop, without veering away, until it runs out of fuel. 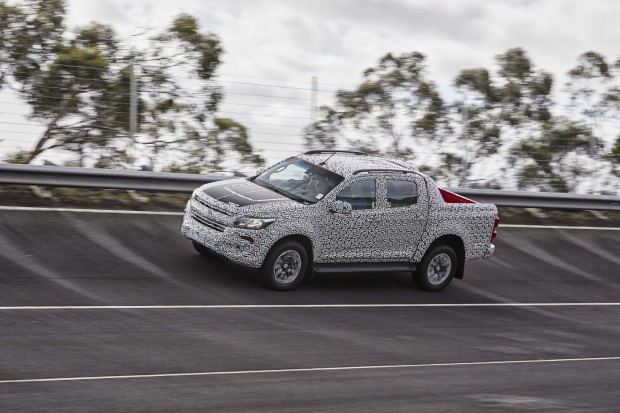 He explained that it works by using opposing forces gravity and elements. From the outside, gravity is pushing the car towards the middle and around the track, while the wind resistance from the bottom keeps the car up.

In just one year the last Australian designed and built Commodore will drive off the production line at Holden’s Elizabeth plant. In just one year, the factory workers will hang up their coats and someone will turn off the lights for the last time.

But at least we know Holden’s Australian spirit will still live on. Just.