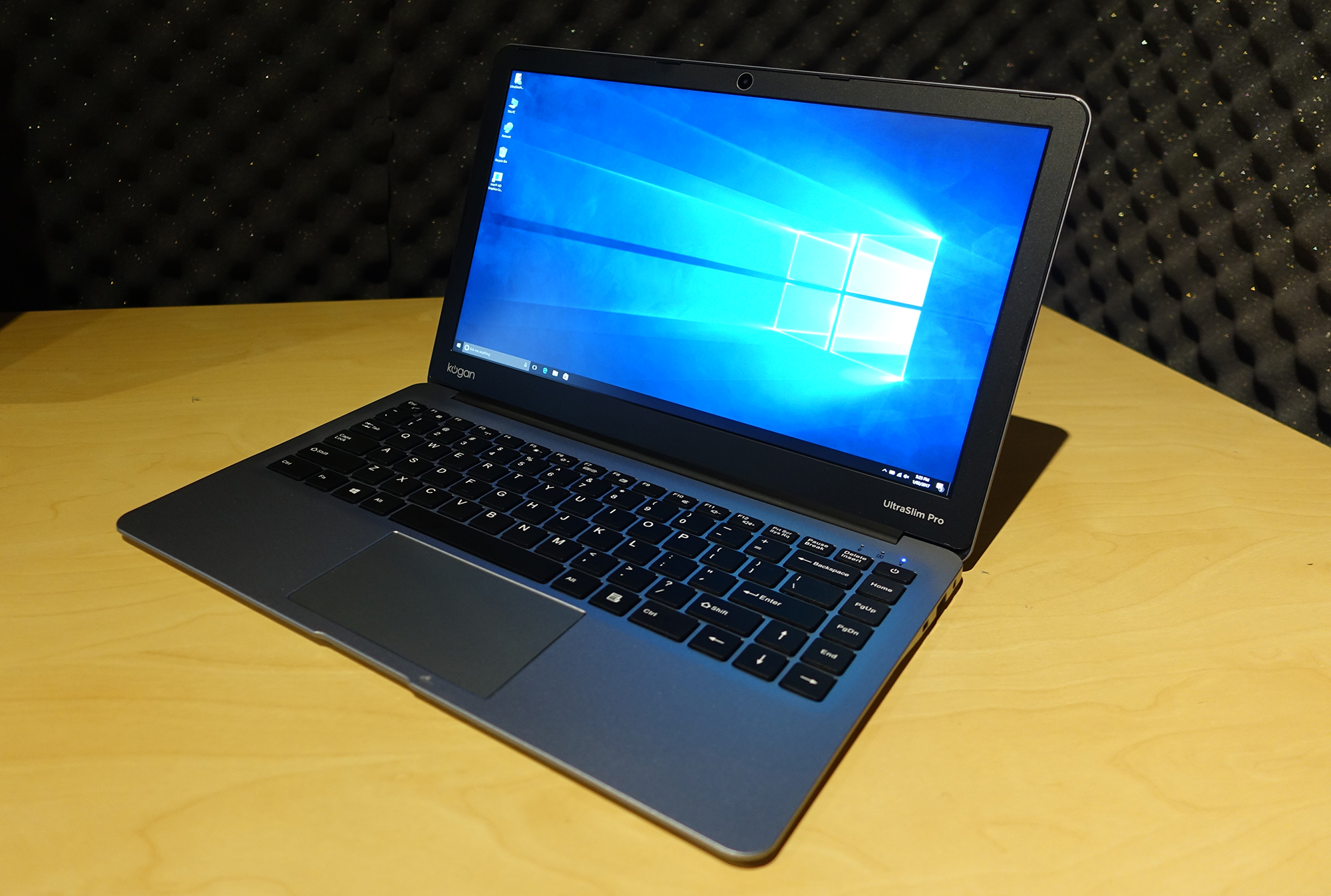 If you’re shopping around for a laptop the most difficult thing you’ll do is compare one to another – it’s certainly difficult to compare apples with apples and we’re not even talking about Apple.  Just how good is a low-cost machine?  We’ve taken a look at Kogan’s latest offering the Atlas UltraSlim Pro and it’s bloody good value. 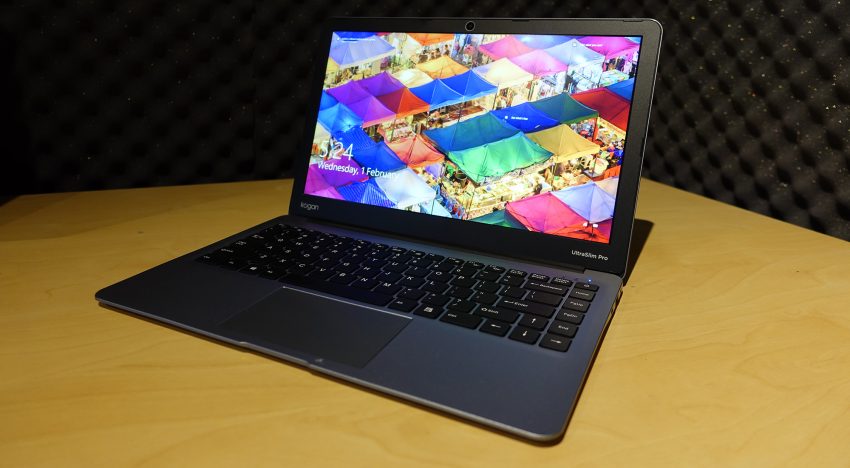 Now look, I’m not going to beat around the bush, there are plenty of laptops in the $700-$900 price range.  And comparing them to this is not at all easy, because while they can and do smash this Kogan device on some specs, the Atlas UltraSlim has a lot going for it.

What it’s lacking is a powerful processor.  For this price you can and will find Intel Core i5 powered laptops from the big brands.  And bigger screens. 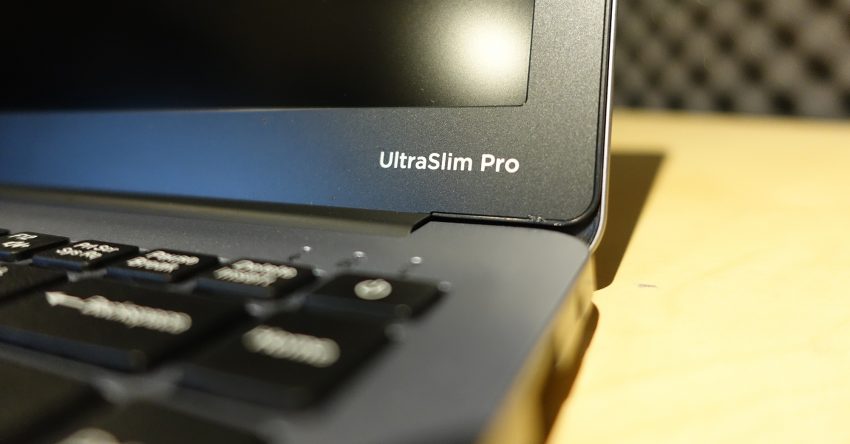 What they don’t have in the majority of cases is a 256GB SSD hard drive, and the ultra-slim form factor of the Kogan device.

This device is basically a compromise between power and portability.  For the majority of people, the portability will be a huge win at this price point.  For $799 you’re getting a 13.3 inch QHD screen (2560×1440), Intel Core m3 processor, 256GB SSD hard drive, 8GB Ram and Intel HD Graphics.

Getting back to its key feature – at 14.6mm thin, it’s THIN.  Fits the UltraSlim name.

Here it is back to back with MacBook Pro 13″

So it’s really sitting in the right category for slim that’s for sure.

Battery life is quoted at 8 hours.  Though that is also stated at 25% screen brightness.  I streamed a YouTube video at 80% brightness and got more like 4 hours.  Sure you could push it with brightness and careful use of connectivity but I’d be amazed if on a normal day this thing did 6 hours. 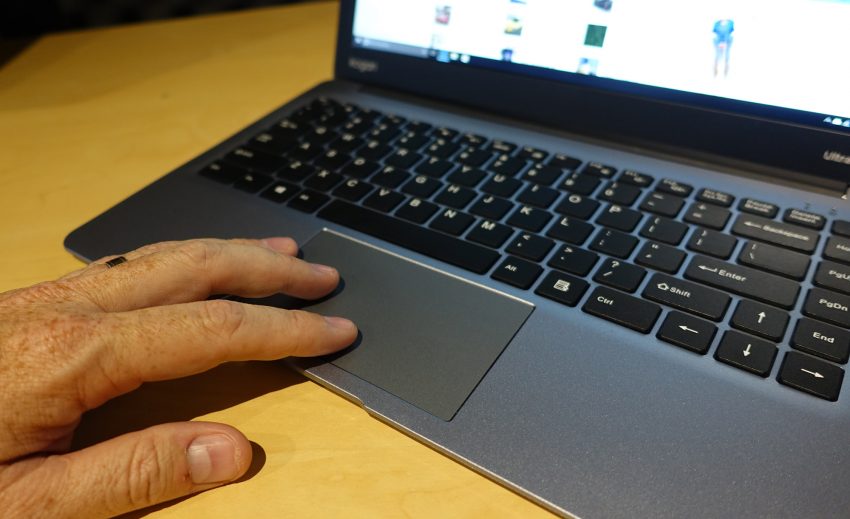 Which does rule it out of Back-to-School contention frankly.

At $799 and carrying the Kogan name, I didn’t quite know what to expect.  But I was pleasantly surprised.

I would have expected a Full HD Screen – but it is higher resolution than that. Watching 4K videos on YouTube looked great – the screen wasn’t distorted and the colours looked great. 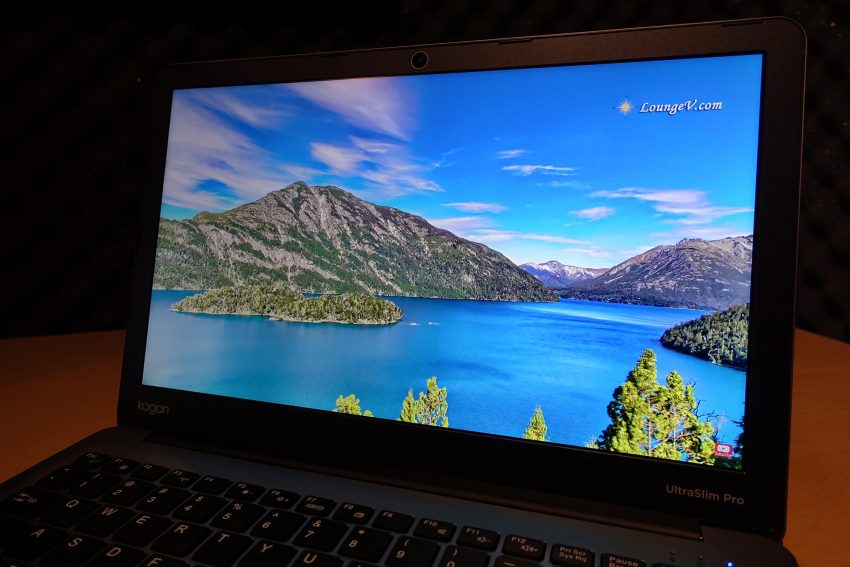 You might expect poor storage – but 256GB of SSD is fantastic at this price.

Sound was less than impressive, so if that’s your thing – grab some headphones to take it all in – the speakers pump out of tiny slots on the bottom of the device.

It’s naked – no Kogan logo on the outside so nothing to be ashamed about there, all-in-all if you can cope with the battery life – it’s a winner. 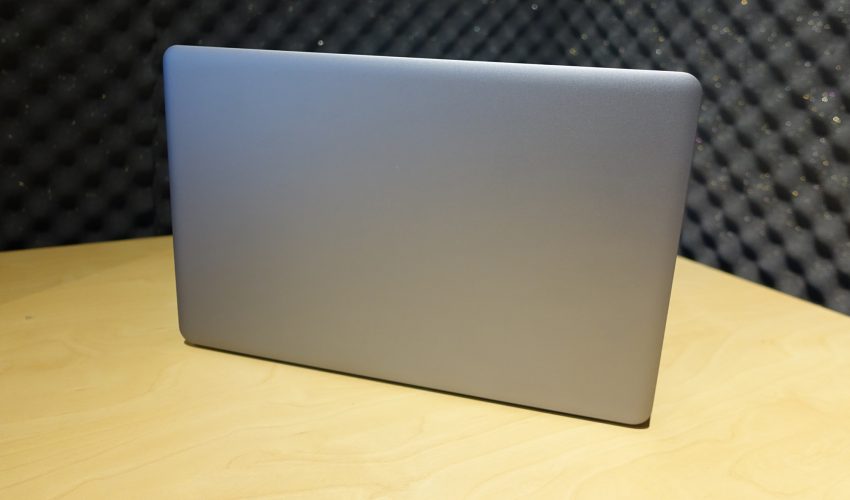 I think more than anything this device represents a change in focus for Kogan.  Not just making stuff for the sake of selling it, but responding to the market and consumer patterns.  A device as well designed as this using great materials, yet at a price point – should not be appealing – the Kogan Atlas UltraSlim Pro is appealing – top work Kogan.