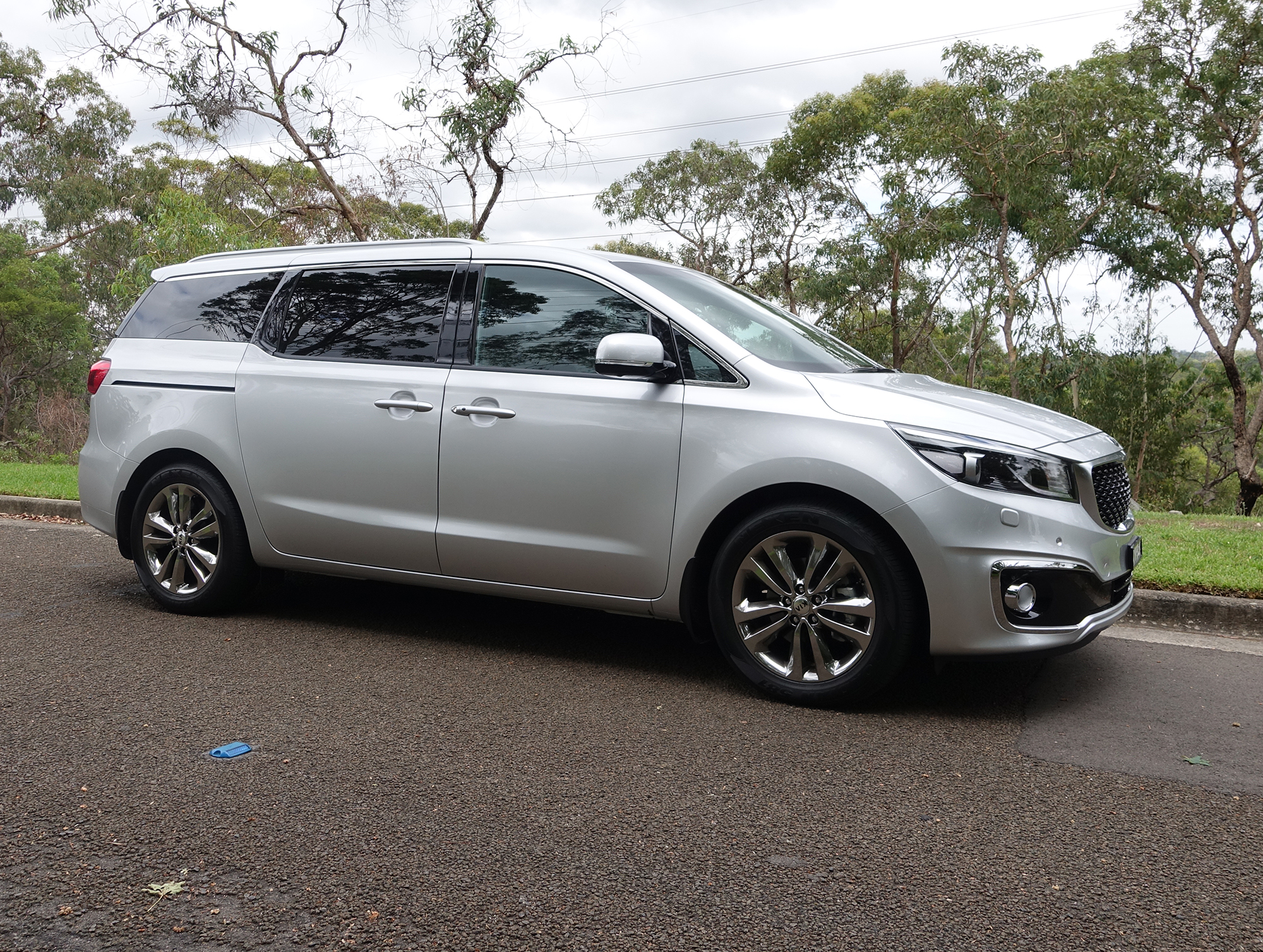 Ok, it’s a van. I’ve tried all week to tell myself it was a cool people mover, but it’s a van.  The sliding doors are a dead giveaway right?  But stick with me here, this thing has a lot to offer families. 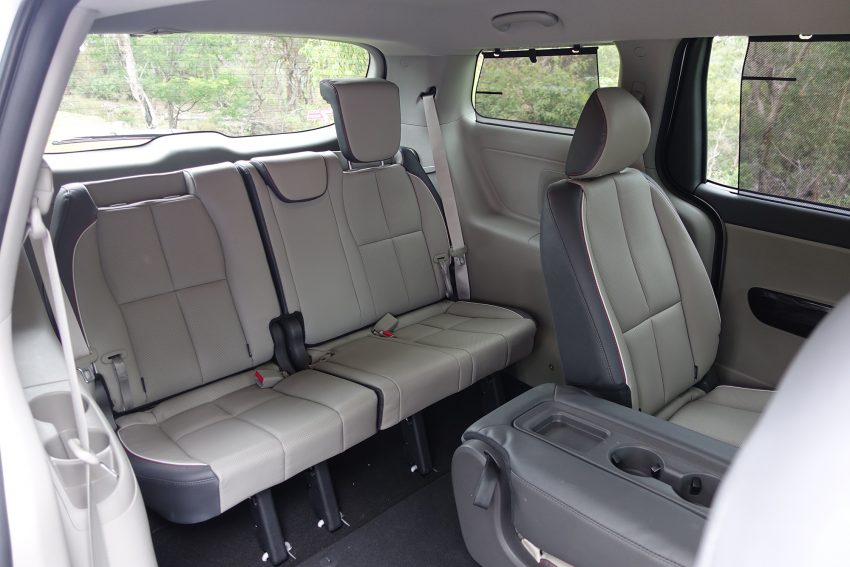 If your wife is anything like mine there’s a constant niggling that we could do with a 7-seater.  Despite the fact we’ve only got three kids and won’t be having any more – for some reason we are responsible for other people’s kids too?  Turns out it’s really useful to have the extra space to bring kids mates home from school or to sport and just help out your own mates when they need it.

But here’s my big problem with the seven-seater SUV trend of today.  They have bugger all space.  Sure in a big Landcruiser you’re getting seven seats and a bit of space, but that’s a truck folks, and you really don’t want a car that big do you? 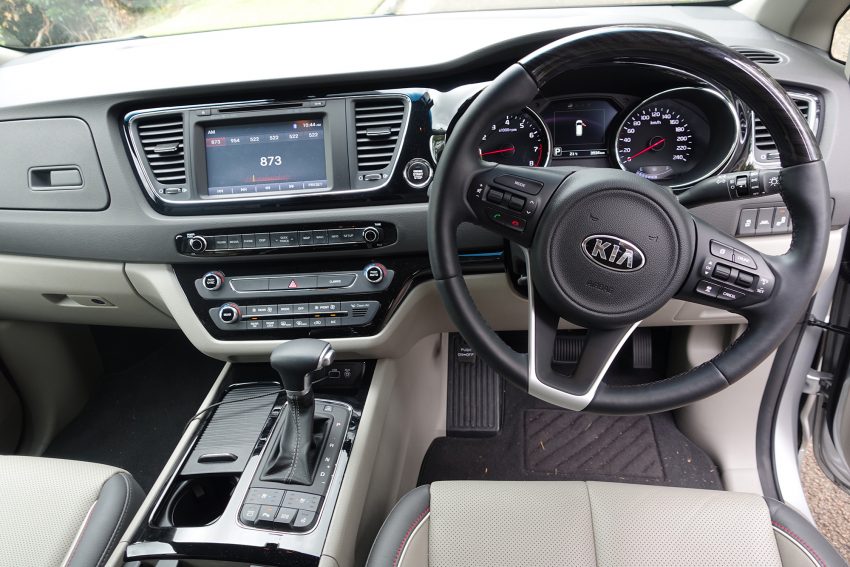 So, you’re left looking at the smaller seven seater SUV options, and things like the Honda Odyssey.  And I like the Odyssey a lot.  But it does feel cramped when you want to use those rear seats, and there’s also some complexity to which seats and which rows you can put child restraints into.

Enter the Kia Carnival, and I’m struggling to fault it as a family car quite frankly.

Teenagers could cram in to the six rear seats, but the bigger they get the tighter it’s going to be.  If you need to shuttle eight adult sized humans though you really wanna look at the Hyundai iMax. 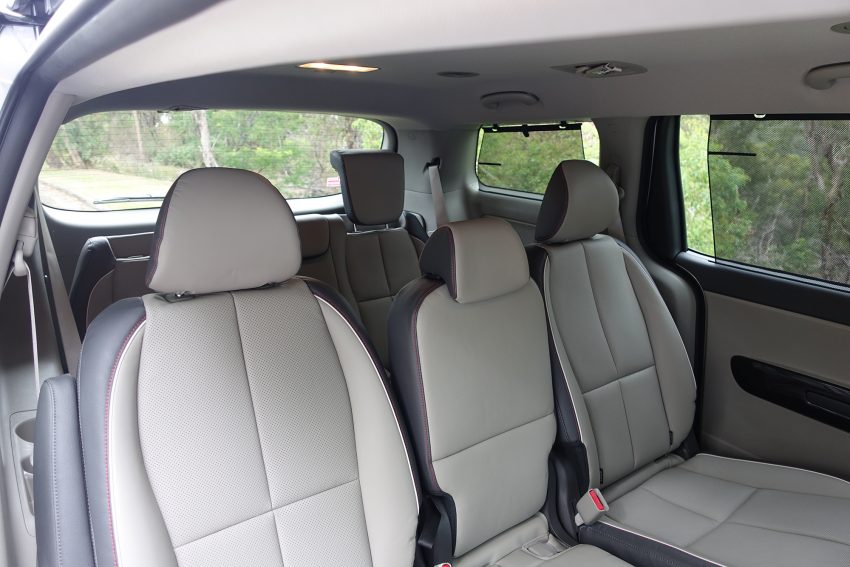 So, what can you fit?  Firstly you could fit four child seats – each of the outside seats in the rear rows has a restraint hook at the back down the bottom. This is huge.  Now, let’s be clear, if you have four car seats installed, it’s going to make lifting the middle row seats up to get in and out of the back rather difficult.

That said, it’s not impossible, on most booster seats the base actually folds flat with the upright back so it can be done because in the Kia Carnival the middle row seats “stand up” and make “walking in” quite easy.

But again, if you’ve got four kids that young, you need to learn what’s causing that – as well as getting a much bigger car:)

Three kids in boosters and one or two older than that makes for a comfortable ride for all. The space is generous for all passengers, and the middle row seats slide forward and back to allow a good allocation of space all round.

So it fits the family well – the human part that is.  What about all your crap.  The bags you take with you here and there, not to mention on a trip.

Here’s where the Kia Carnival sold me.  The boot is HUGE. Enormous.  I reckon bigger than my Mazda 2 (assuming you stack stuff), and that sounds stupid, but in most 7-seaters you get the boot of a Mini Cooper, unless you fold down the seats – and let me make this clear, if you’re folding down those rear seats all the time – get a bloody wagon folks! 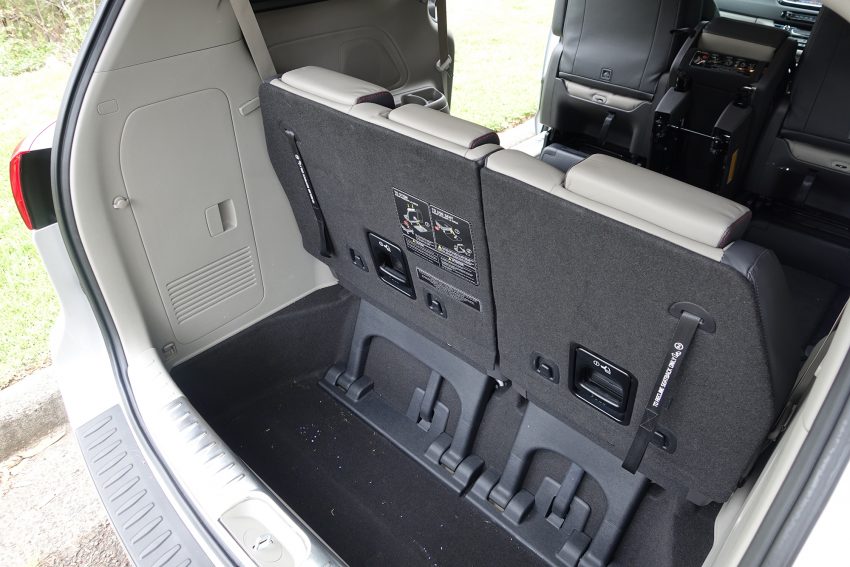 I was able to fit our whole Team Baseball kit back in the back with ease – it went snug into the underfloor like storage – the space where the two rear seats collapse back into when they go down.

If you need to help someone move, all the seats fold away and make a large amount of room. 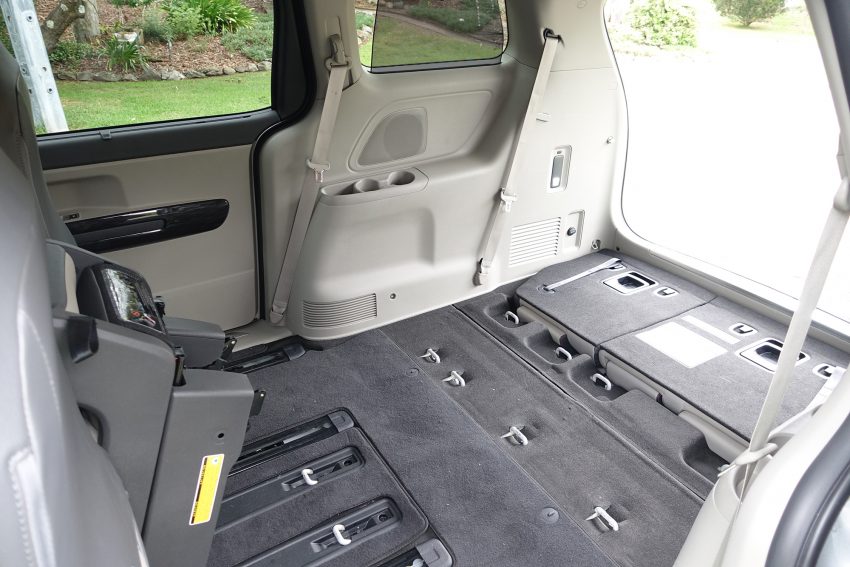 I’ve been driving the Platinum model – at $59,485 it’s not cheap, but it compares to many of the SUV options and frankly outperforms them as a family car.  If you actually are going off road – great, enjoy your SUV, but otherwise, this is a better option for around town and on family holidays. No question. 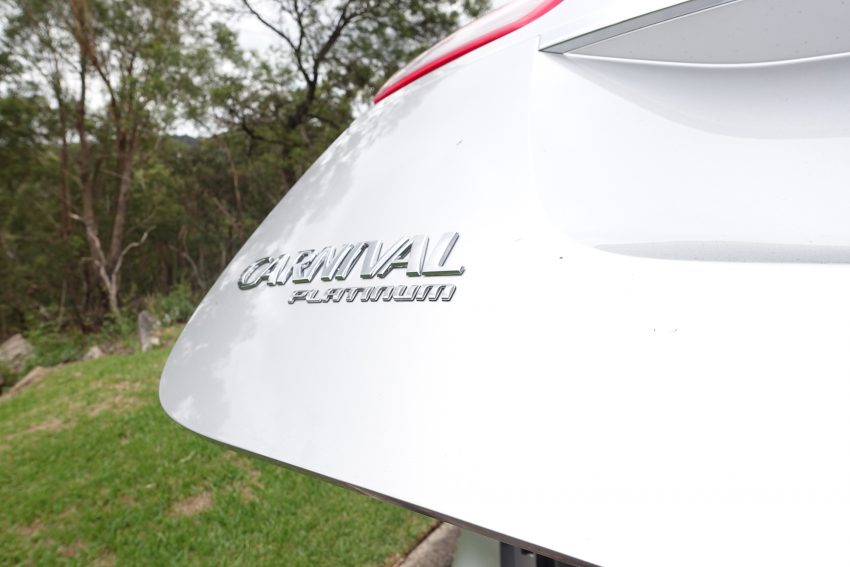 Performance is fine, nothing to write home about, but that’s not what this car is about right?  Fuel economy around town was 13 or there about, the documented combined fuel economy is 9.1l/100km – good luck seeing that figure I reckon.

My only real disappointment here is the lack of Apple CarPlay, Kia have it in some cars, it must just need to roll into the production cycle and mid-life update of the Carnival.  Frankly, that’s a deal-breaker for me, I’d wait for that if I was buying.

And then there’s the thought that at $60k, what would the cheaper models be like.  The Entry S variant is around the $41,000 mark, and when you look at what you miss out on, frankly, I think people would love the base model as much as the Platinum, it’s really just the trimmings and luxuries that you’re getting. 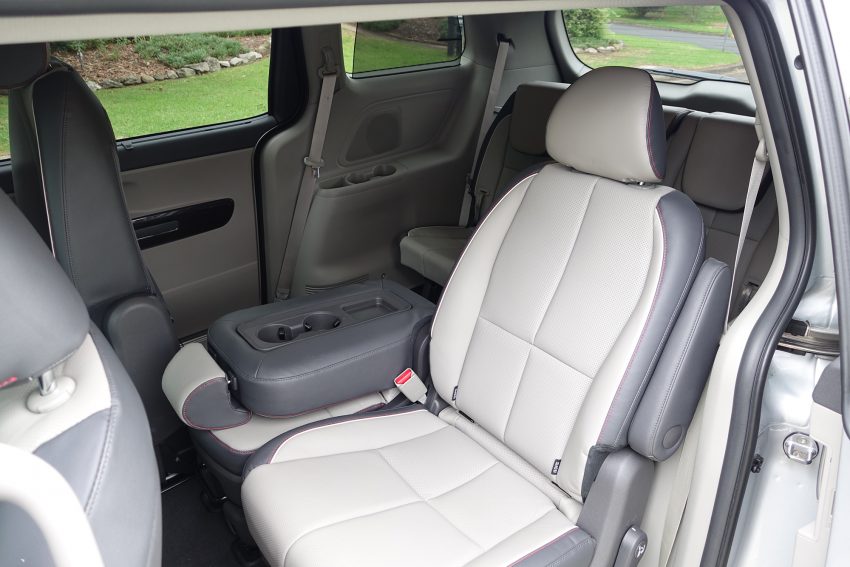 At the base model you miss front parking sensors and a host of cool tech – much of which is safety based though, and very very handy – well worth the price.  Rear cross traffic alert, lane departure warning  and a 360 degree camera.

If you’re looking at the base model Kia Carnival, you’ll love the space and the layout – no question.

If you can afford the Platinum it’s well worth it – the safety and on-road driver assistance are excellent – but for some families that might push the budget too far.

Impressive layout, great configuration to the seats, and enough space for a family without compromise.