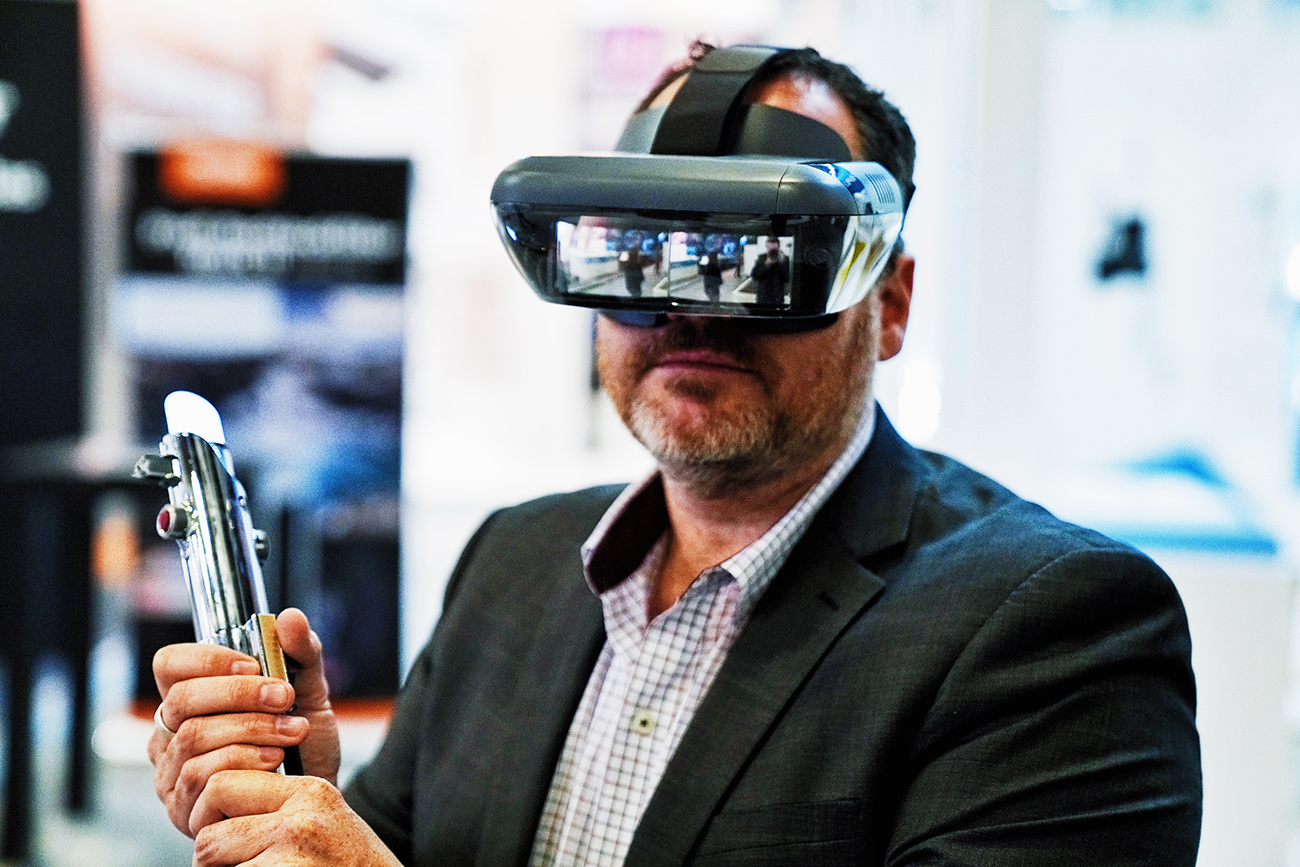 Sometimes Augmented Reality (AR) and Virtual Reality (VR) are complete and utter fizzers.  Other times, they blow your mind and give you a sense of anticipation about the future of technology. 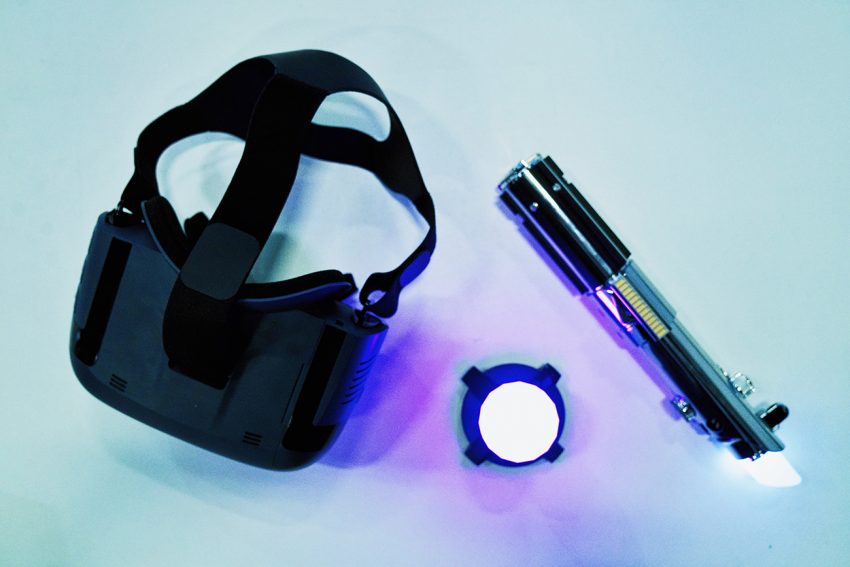 So here’s the thing, I learned about the Lenovo AR headset that was coming for Star Wars and thought, ok – interesting – that’s a cool application for it.  When I saw the video of a Light Sabre battle using the headset – I thought it had to be a complex unit.

Then I got hands on with it.  It’s remarkably simple, so much so, I honestly can’t understand how it works.  That will come when I give it a full review down the track.

The headset is like any other VR headset, big, bulky and you look a goose wearing it.  It’s very comfortable, the soft straps and padding are great. 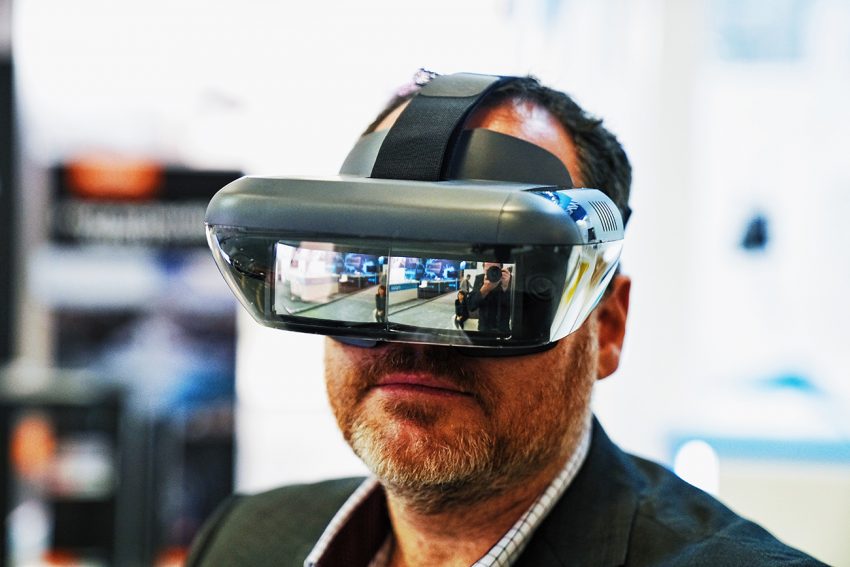 However, when you put it on, there’s a stark difference, no need to focus, you can see right through it.  Vision all around – so you can see everything in the room that you’re in. 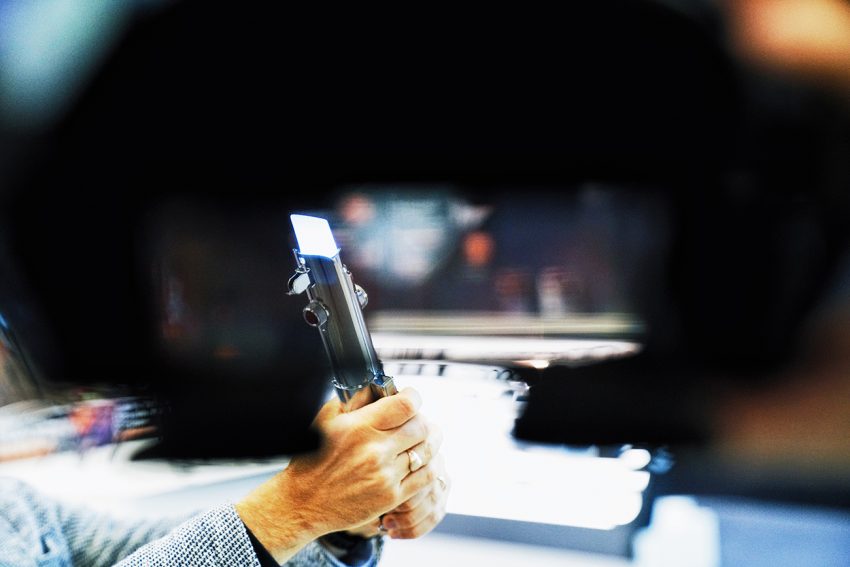 This is the view THROUGH the headset, you can see all around you

Up top is a slot where you slide in your smartphone.  Connect a small cable and the magic happens. 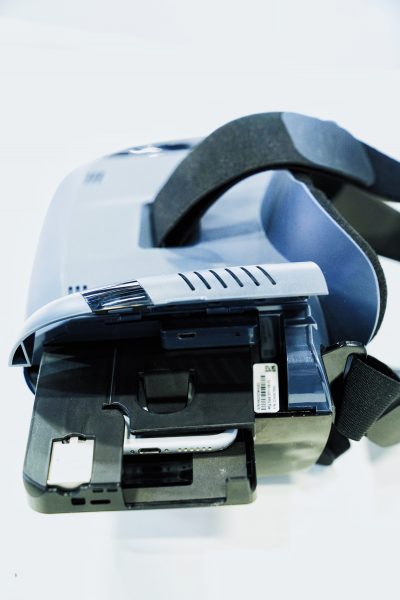 Using cameras on the front of the headset, the app on your smartphone is able to know where you are positioned, because there is a small sensor unit which sits in the room to give it perspective.

You have an authentic light sabre in your hand which interacts with the app changing colours depending on the character and game. 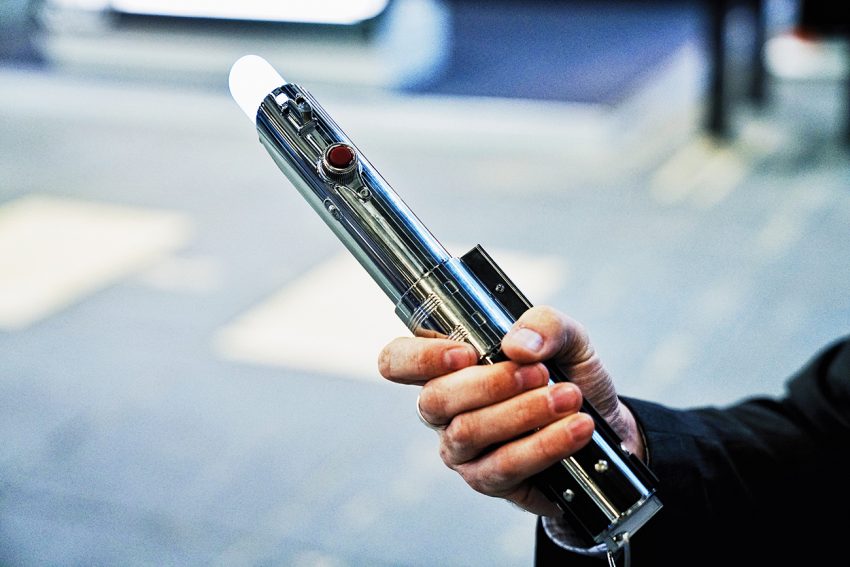 In front of you is a holographic display essentially, the character you are fighting or the game you are playing appears over the top of your real-world.

Unlike Apple’s ARKit and other AR developments that are coming, there’s no plane detection to sit a game on a table or know where walls are, but forget that, this is a $399 headset offering pure fun! 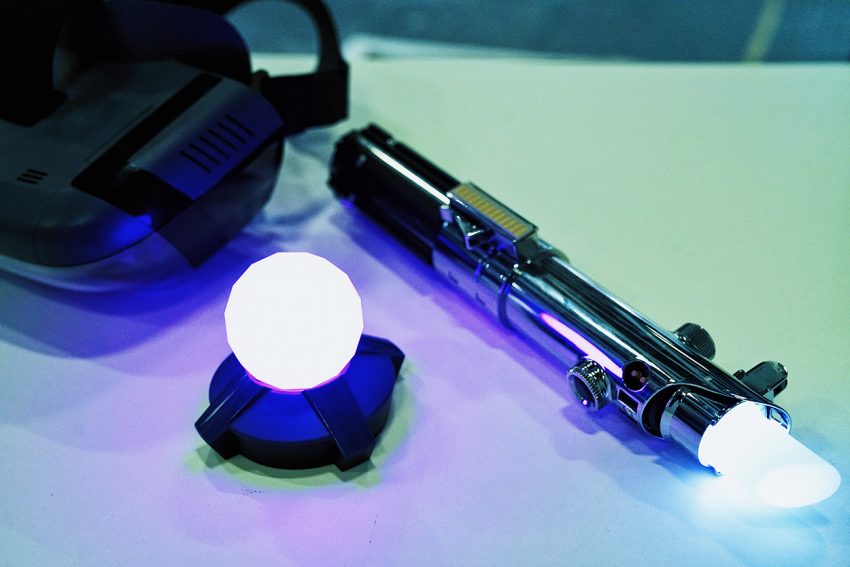 Availability is looking like November, and we expect it to be stocked in JB and Harvey’s but for now, the best thing to do is register your interest at Lenovo’s website – stat. 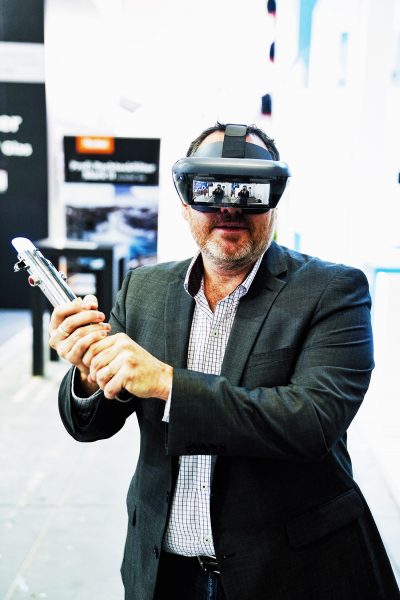