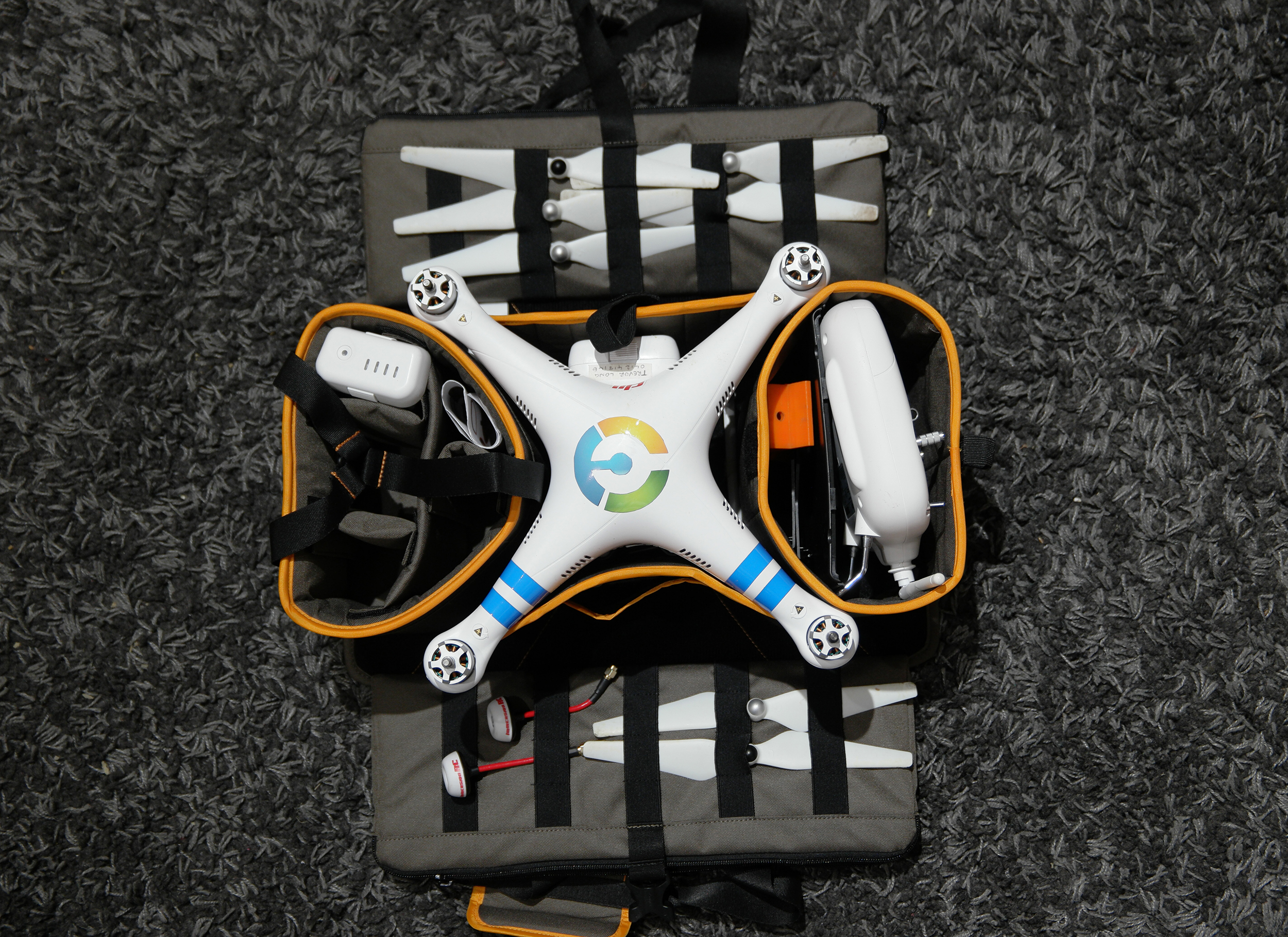 With drone sales on the rise, there’s one thing that’s yet to really take off – pardon the pun – accessories.  While the smaller fun drones like the Parrot or Kaiser Baas Alpha are fun and games, if you’re taking things more seriously then throwing it in a plastic shopping bag is not ideal.  That’s where the DroneGuard Kit from Lowepro comes in. I’ve purchased a large backpack rugged case for my DJI Phantom, and at $220 it was pricey, and it’s a huge thing to lug around for a quick trip to the park.

For overseas travel it was and is great, but on a weekend when the kids and I head to a park, lookout or waterfall – there’s just something a bit difficult about taking a huge bag. The Lowepro Droneguard is a simple carry case – it’s folded bits of tough and flexible board shaped to support all your drone bits.

In the centre your drone sits unsupported, until the two side attachments are added, and the fold-up sides are strapped together.

From there, a handle allows simple movement from the car to your flight take-off point, and getting access to batteries and other parts is easy.

There’s no protection at all for the drone, so you wouldn’t take this thing on a carry-on plane trip, it’s for short walks and car-trips, though LowePro do show it being used to drop into a tough hard case for trips. For me, it’s been a simple convenience, easy to get from bag to flight, easy to pack up afterward.

Currently only available in the US online, this and other products for Drone users will be available in Australia in September from major camera retailers at a price of $145.   Seems steep, but good value for regular users.