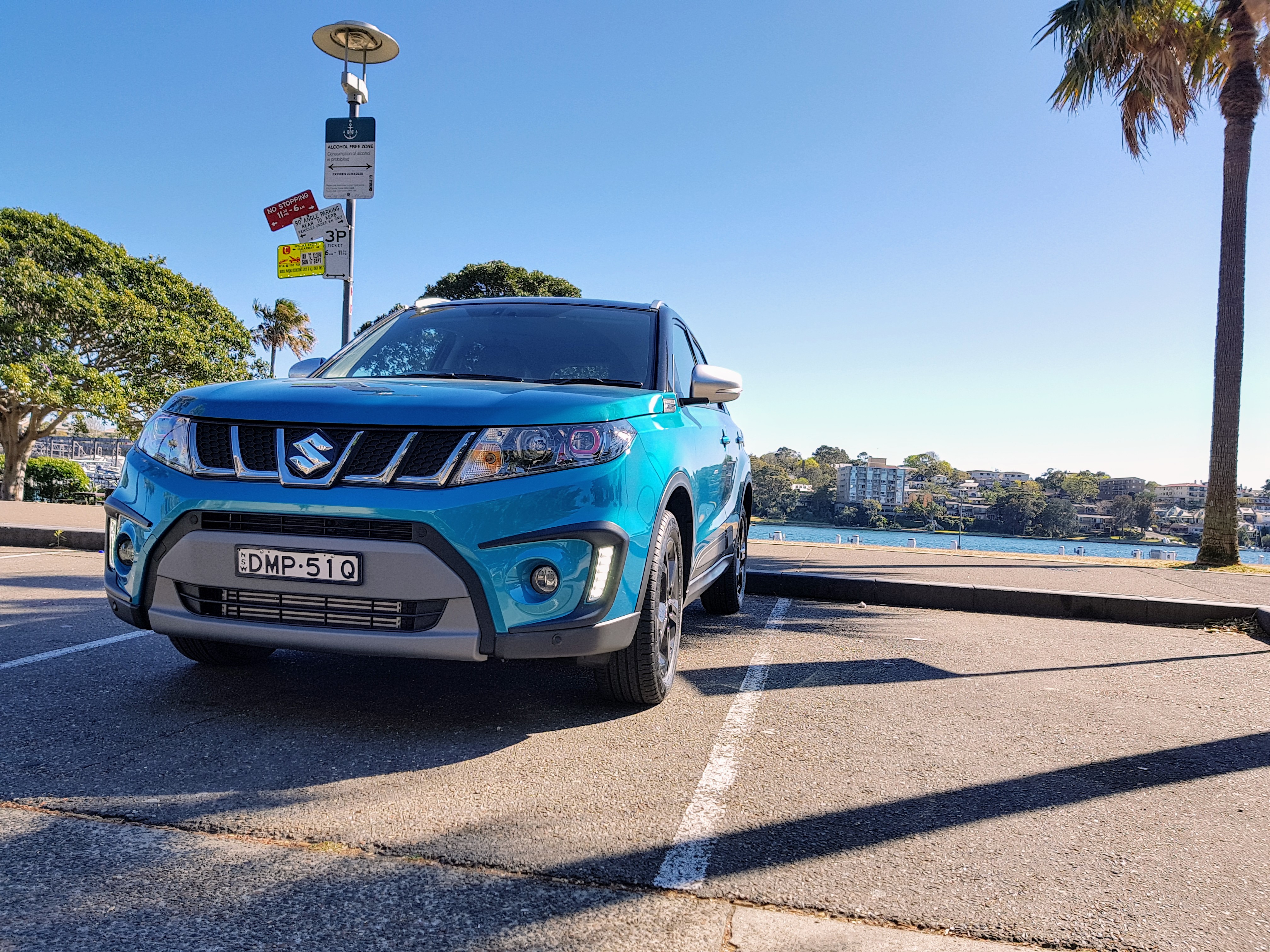 There is no doubt that the SUV market in Australia is hotter than tarmac on a summer day. There aren’t too many families who haven’t got one or at least considering one. An SUV offers a higher ride for easy entry/loading and better visibility, the wagon styling also adds space in the back for luggage, prams, groceries etc. Years ago the Vitara from Suzuki was a fun sized ride for youths to sing Jitterbug and now it is a four door mid sized SUV ready for the family.

Jumping into the Vitara is an interesting experience, you don’t expect it to be roomy but there is a real sense of space when you take the front seat. The instruments on the dashboard is all relatively clean, a dial for the temperature and another for the fan controls. There is one missing dial… the volume dial. While volume and general audio controls are on the steering wheel you’ll find an all touch entertainment system in the dash. 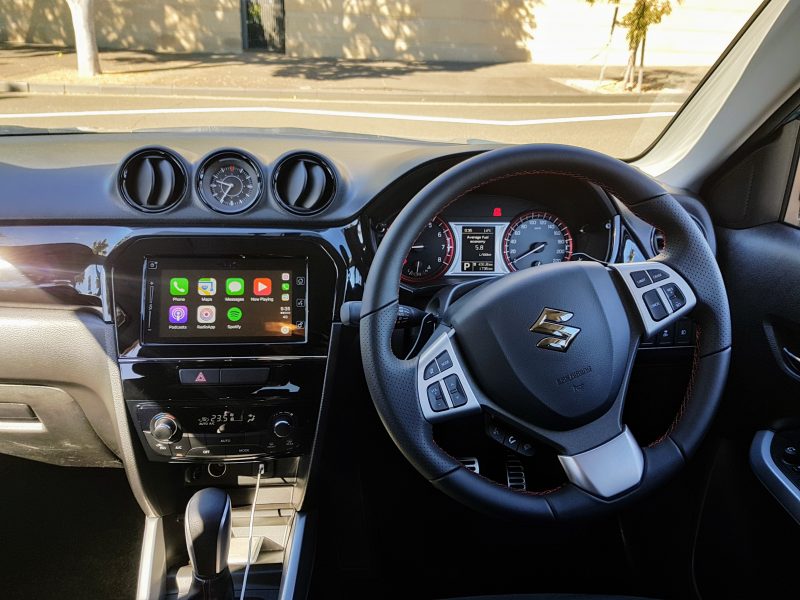 A USB port enables your iPhone for Apple CarPlay which instantly brings a familiar feel to the car before you’ve even started the car. An analog clock between the AC vents adds a nice touch yet our left elbow sorely missed a centre console for some extra storage, and something to lean on. 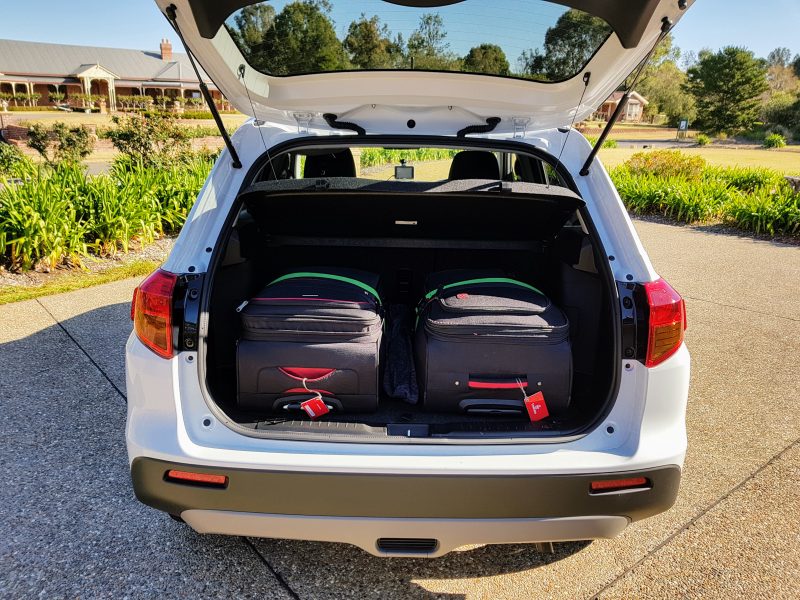 The seats are comfortable and cosy, plenty of leg room at the front and not too shabby at the back either, lastly, the boot space is admirable with room for two luggage bags with ease.

At a short glance many will see the Range Rover Evoque, if so, you’d be seeing double because you could buy two Vitara’s for the price of one Evoque. The styling in some ways is similar with some variants offering a two tone paint job and a wide silver grill.

Ultimately, the Vitara of 2017 looks great. The styling variations from the wheels to the LED driving lights all give the Vitara a really premium look. A reversing camera with front and rear parking sensors make parking easy, the ride height provides comfort when you need to exit the tarmac and also lift the boots floor to a non-back-breaking height. The Vitara doesn’t have an automatic tailgate and no self parking, it is simple and non complicated.

Driving the Vitara is a nice feeling, it doesn’t feel big to handle and fires away with ease. As we drove two variants, the addition of the turbo in the S model is very noticeable as the RT-S feels like you’re driving a Zimmer frame by comparison.

Fuel economy on both was staggeringly good. The S Turbo returned a 5.9L/100km average after city and highway driving while the RT-S achieves a little less in the same conditions. This is very impressive from a five seater petrol SUV. Both variations that we drove were front wheel drive only and this is absolutely noticeable never. What we mean by this is that the Vitara is very much a city SUV, it isn’t built for sand dunes, mountain ranges and serious off roading, so front wheel drive is sufficient. The Vitara models that we tested were relatively simple on options too, no radar cruise control, no heated seats and no start/stop – this one we actually appreciated!

When you look at what you’re getting and the investment to have one at home you start to really fall in love with the Vitara. With that said, the differences between the cheaper RT-S and S Turbo were so great that we would only consider the S Turbo, the added price is certainly worth it. 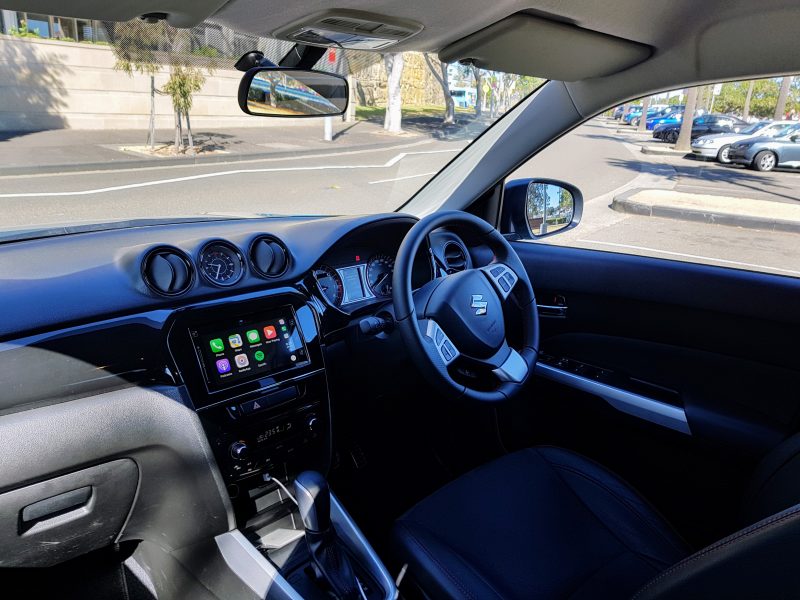 The S Turbo looks sensational, drives really well and is equipped enough to the point you can just jump in and go, no need to learn a bunch of acronyms or read a book to learn the tricks. There are certainly some features we would love to see added but that would only increase the costs, as it is, we highly commend the value for money factor and give a standing ovation to the fuel economy delivered, which only saves us money along the way.