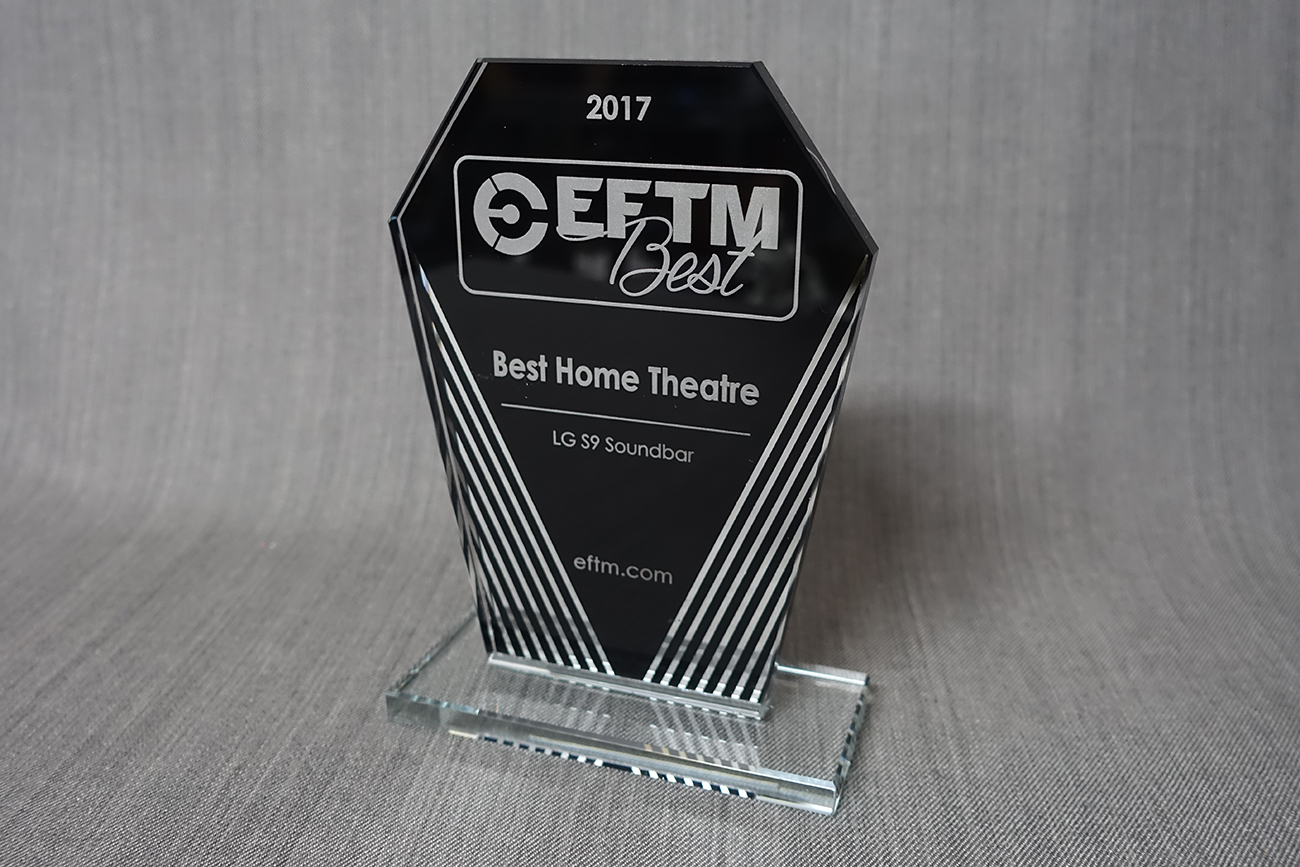 Last year’s Home Theatre winner was a soundbar featuring Dolby Atmos, this year it’s another win for a Soundbar, and another that includes Dolby Atmos.

LG’s SJ9 Soundbar was announced at CES as one of a family of Soundbars offering a range of features and quality.

The SJ9 doesn’t have rear speakers, it’s a single bar with a large subwoofer, but the quality of the virtualised surround sound is impressive without question. 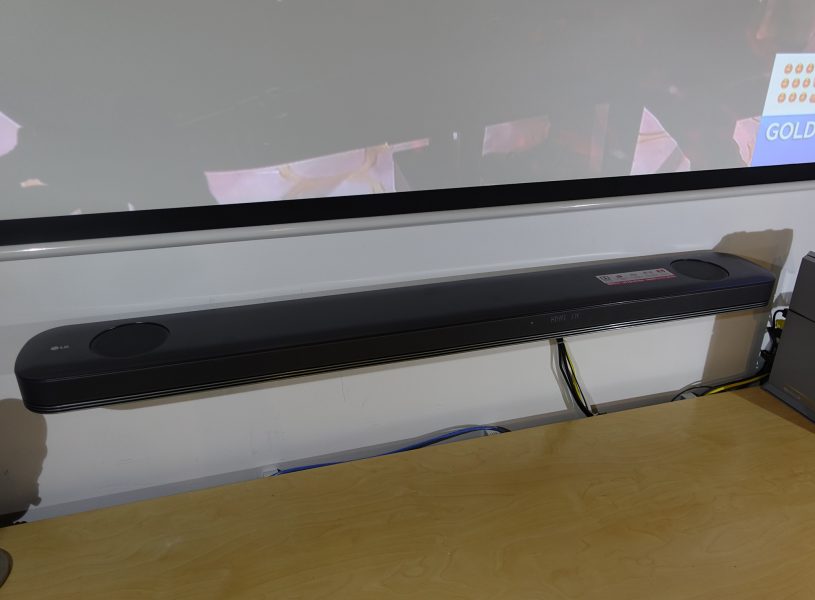 This soundbar is the basis for the sound system and guts of the TV that comes with the Signature W Series TV from LG. 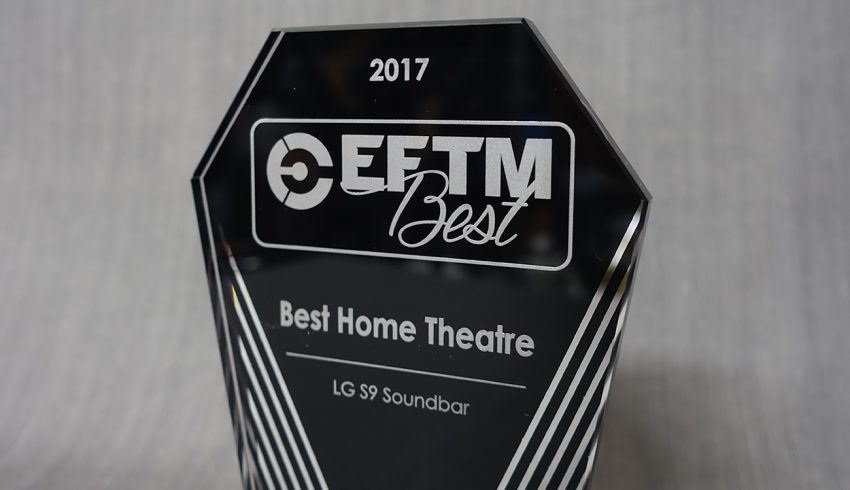 It’s an impressive unit, and worthy of our EFTM Best Home Theatre for 2017.