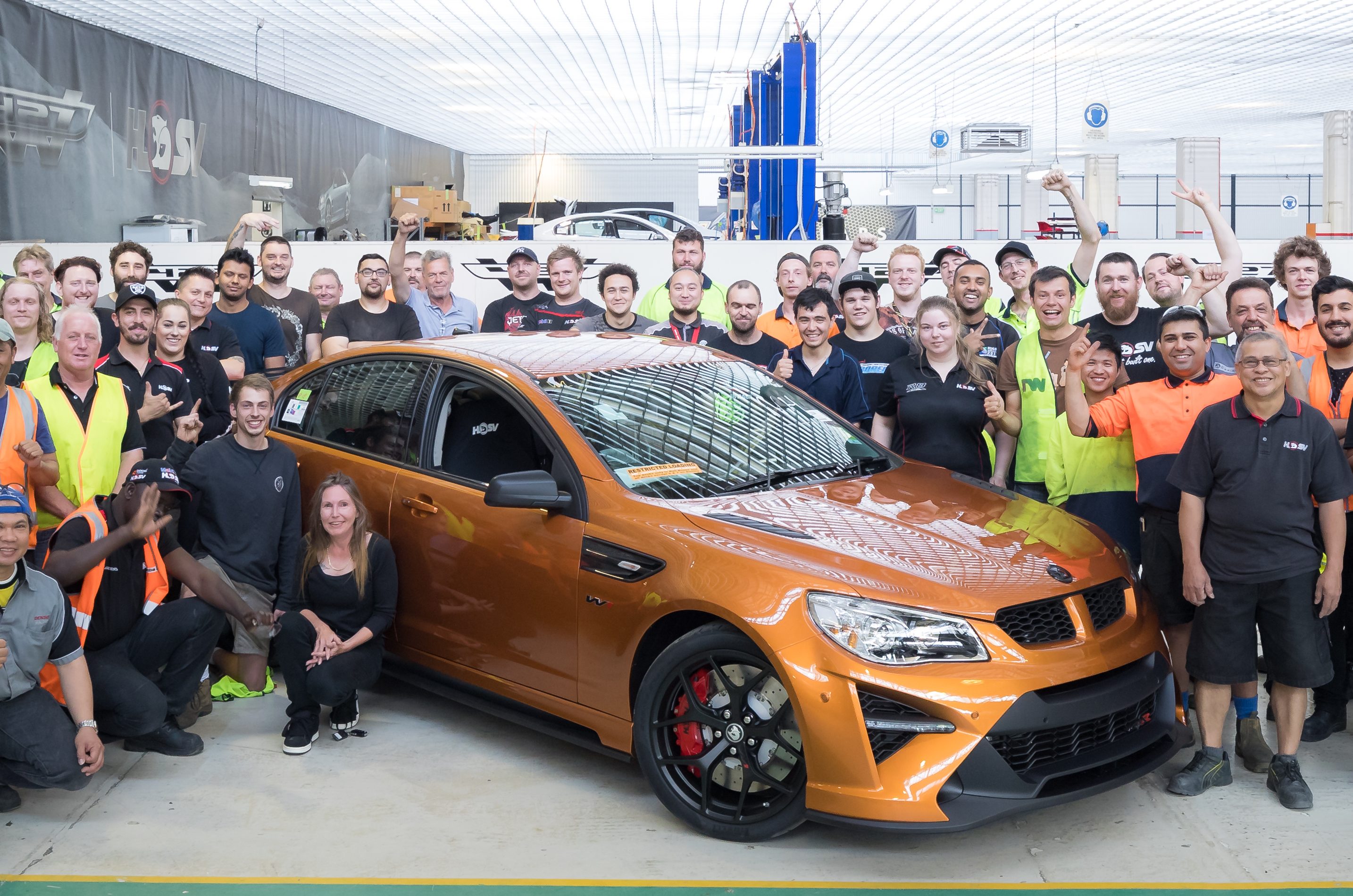 With the Holden Commodore ending its run as an Australian-made car, so too must the by-product; the all grunt all show HSV range.  Today the final Commodore-based model rolled off the assembly line at HSV in Clayton Victoria after 30 years modifying the locally made car.

HSV Managing Director, Tim Jackson said “For all at HSV, this is a time for great reflection on what the company has been able to achieve to date. Any success we’ve enjoyed has been directly attributable to our passionate staff, our dedicated dealer-body and of course our loyal fans who have helped build this brand through its 30-year journey”.

But his eyes are now firmly on the future “The last 30-years have set a wonderful foundation for future growth. With our recent launch of the Colorado SportsCat, together with our commitment to bringing to market key Chevrolet models including the iconic Chevrolet Camaro, the future is looking very bright”, he said.

They built 90,114 vehicles in those 30 years, and now move into a new facility where the Colorado SportsCat will be produced, as well as beginning the right-hand-drive conversion of the Chevy Silverado and Camaro.

What was your favourite?