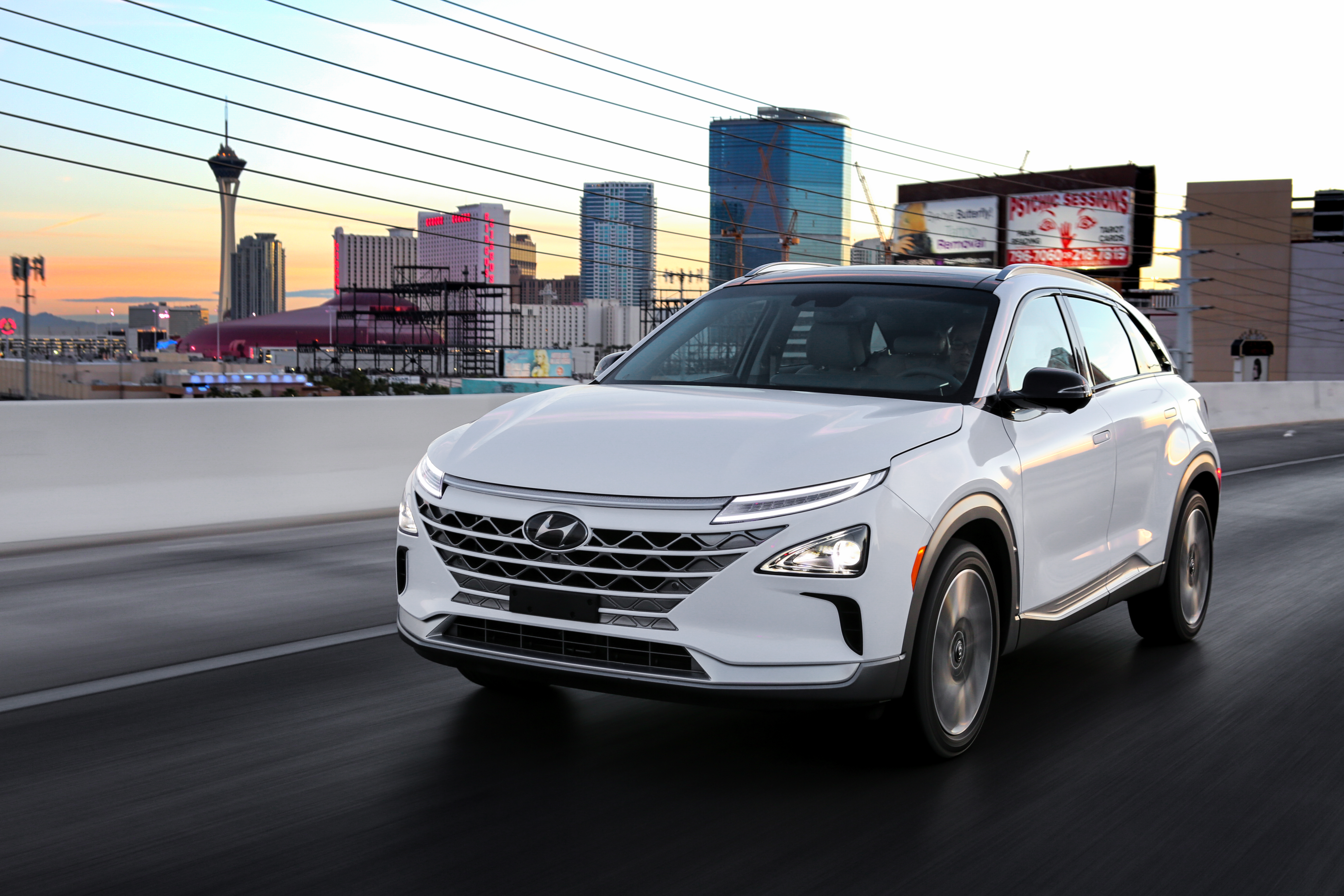 One of the more interesting announcements here at CES 2018 in the car space has come from Hyundai. The brand has revealed the NEXO fuel-cell SUV, a replacement for the Tucson (formally the ix35). The model will be released in certain markets and funnily enough Australia has placed some of the first orders.

Hyundai has plans to commit seriously to low emission vehicles, with a plan to have 18 in place globally by 2025. Hydrogen fuel-cell technology is an interesting one, mainly because the overwhelming emphasis has been on installing infrastructure for charging electric cars. 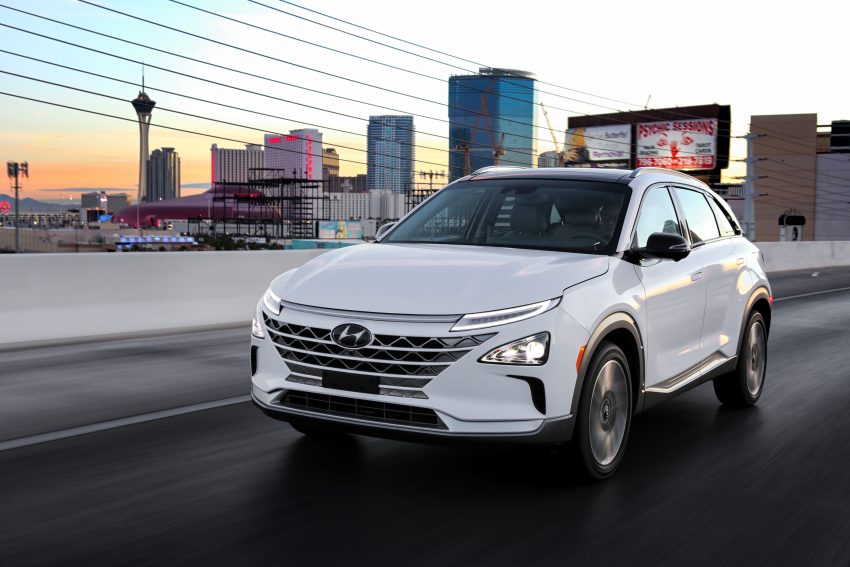 Back in August 2016 the ACT Government initiated a project which included Australia’s first-ever order for hydrogen-powered cars, 20 of them in fact. Fast forward to 2018 and it turns out the 20 cars will be NEXO’s. This is part of the Renewable Transport Fuels Test Berth in Canberra; the deal includes servicing and maintenance. The $23m project is delivered by Neoen, Megawatt Capital, Siemens and made possible through the Hornsdale Windfarm Stage 3 contract with the ACT Government.

At full steam the facility can provide fuel-grade hydrogen H2gas for over 1000 fuel-cell cars a year. That’s enough power to cover about 14,000km with the only emission being water vapour. So, sure Canberra bureaucrat types will be the first to score a NEXO but Hyundai does seem determined to get a wider spread of such charging stations up and running. Time will tell. 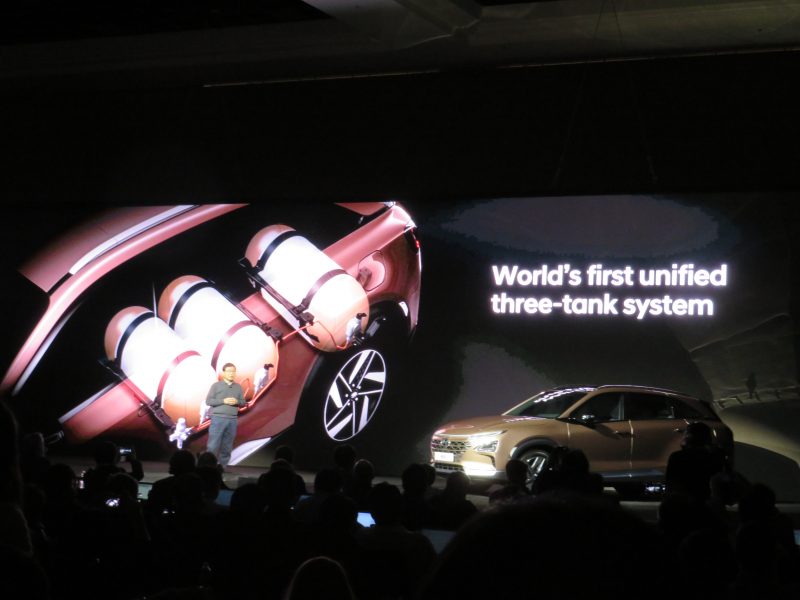 Meanwhile back to the NEXO, aside from its ground-breaking propulsion system there’s also a stack of technology. It’s blind-spot view monitor has been heralded as an industry-first. Drivers for the first time will see via a centre screen the rear and side views while changing lanes, plus a surround view that covers blind spots not visible in the rear-view mirror.

Lane following assist (LFA) and highway driving assist (HDA) will debut on the NEXO. This is hardly new technology but is far more advanced than anything seen in a Hyundai before. It uses sensors and even map data to keep you on the straight and narrow.

Remote smart parking assist (RSPA) is simply a way of allowing the driver to summon the car remotely from a tight garage space for example. It also can self-park itself at the touch of the button. Not bad considering this technology has usually been reserved for very high-end BMW and Tesla vehicles for example. 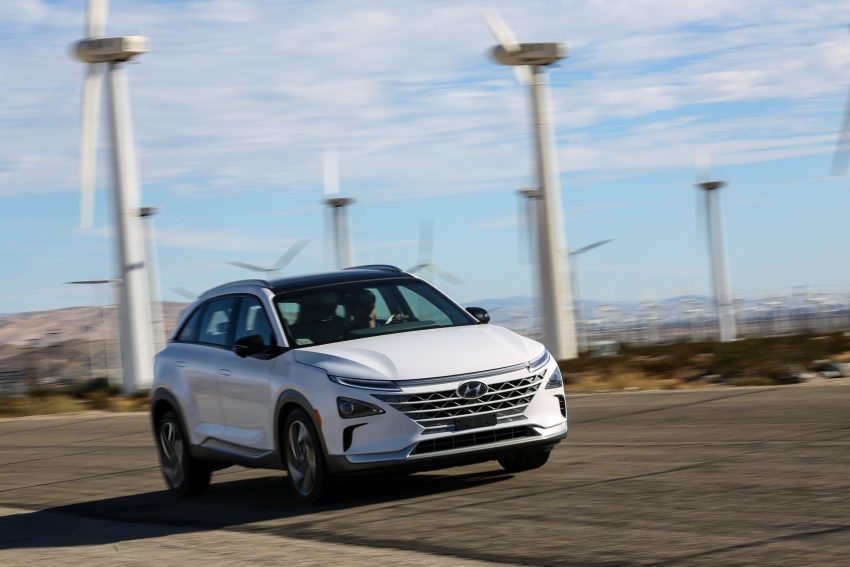 Personally, I look forward to getting behind the wheel of one of these. There’s lots of unanswered questions, price of the car and price of the hydrogen are just two. But the march continues to rid our cars of fossil fuels. Below are some key NEXO stats.