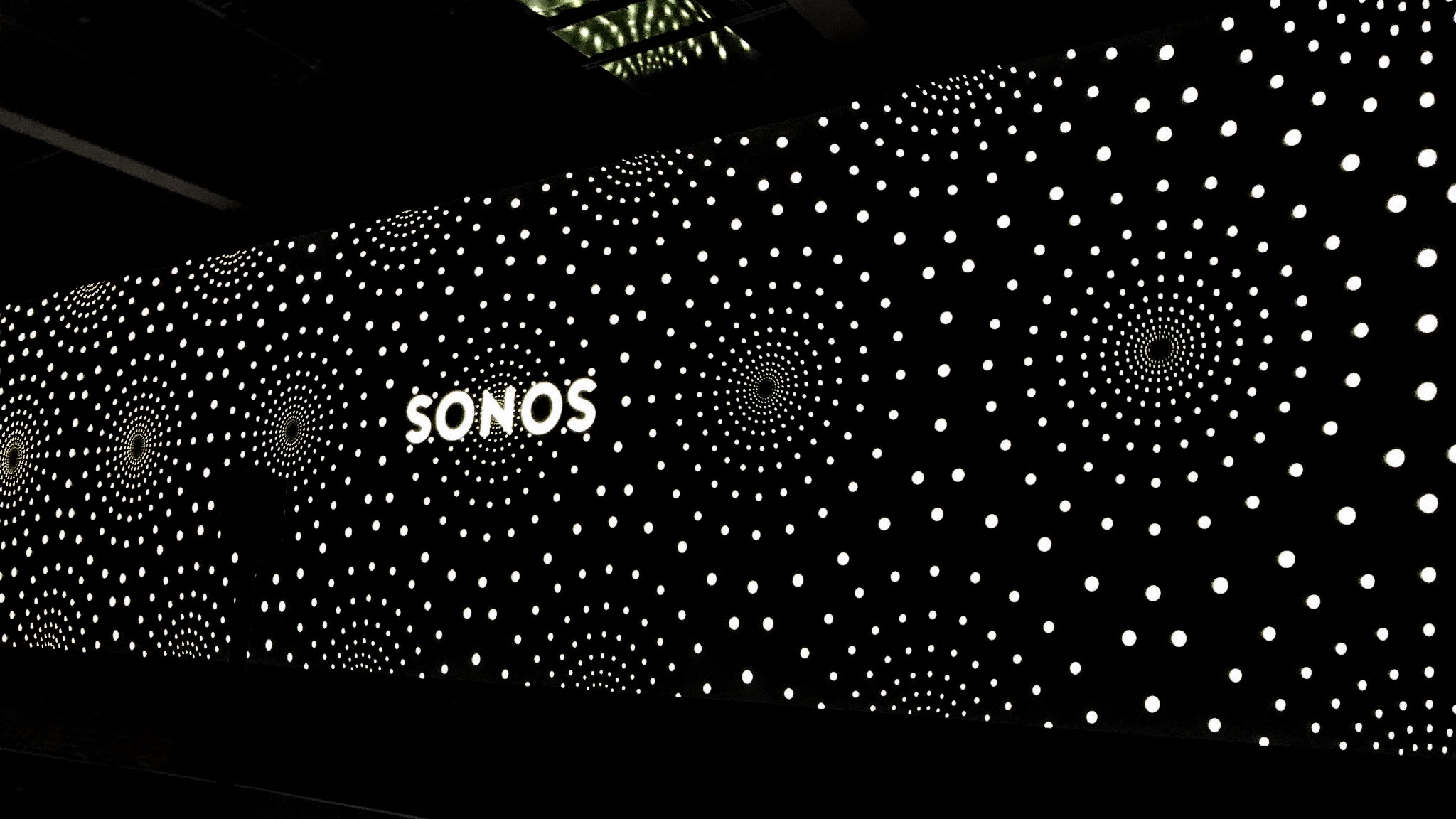 Today in San Francisco Sonos have made some major announcements with the introduction of a new product. The Sonos Playbar which was originally released in February 2013 has and still is a product of choice in the premium soundbar category. The new product from Sonos takes that and brings it strongly into 2018.

Named the Sonos Beam, the latest speaker from Sonos packs in a long list of features that will produce that small amount of drool on the side of your mouth. Let’s get started…

On the inside of the 65cm wide product is four full-range woofers to support that mid-range vocal point plus add that bass we all need. There is one tweeter built-in too to provide that crisp audio we all desire. They are powered by five Class-D amplifies which are tuned to match the speakers in this package. Three passive radiators also squeeze into the mix for that deep warm bass. Given the width of the Sonos Beam it does contain less audio drivers or speakers than the Playbar (90cm wide) however we are yet to draw a comparison on how they sound side by side. Here is something the Playbar does not have though…

The Sonos Beam has five far-field microphones which will be handy for moments when you walk into the lounge room and say “Alexa, turn on the TV” or “Alexa, play House of Cards on Netflix”. You could also use those handy microphones to control the volume, music playback and literally everything else that Amazon Alexa offers. With that in mind though, let’s also remember that Sonos is committed to bring the Google Voice Assistant to Sonos THIS YEAR, in addition to the 80 music services being offered. 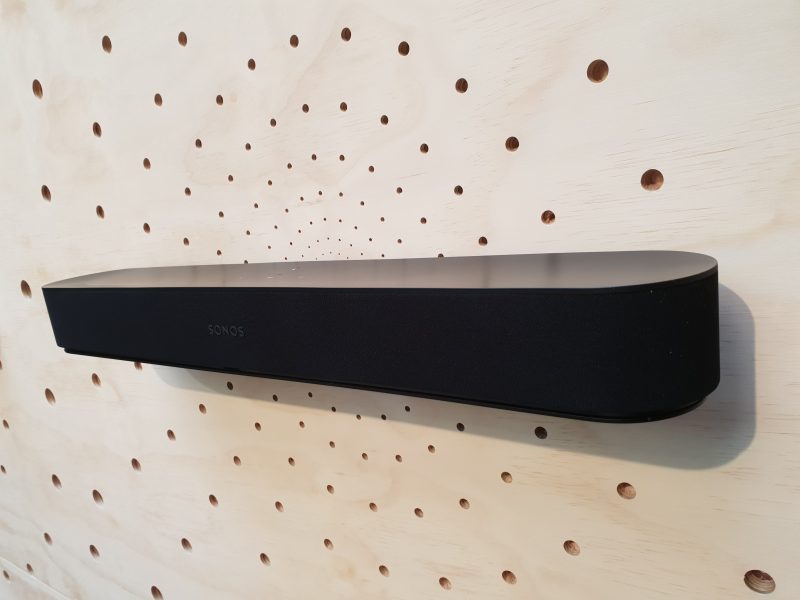 One of the major improvements (among others) that we noted was that the Sonos Beam does not have Optical input. They have moved away from this technology that was found in the Playbar and added HDMI. This is what allows the Beam to make voice assistants work for controlling the TV, the content and so much more. A fantastic move by Sonos that consumers have long asked for. 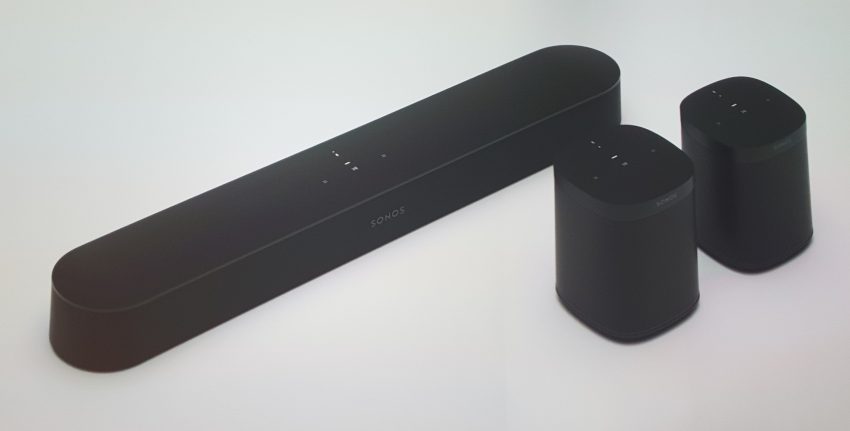 The Sonos Beam also has ethernet and Wi-Fi which now supports Apple AirPlay 2. The Sonos Beam will be offered in white with a white fabric grille and black with a black fabric grille. There are capacitive touch controls like we saw on the Play 5 as well as a microphone mute button (for when you don’t want Alexa to listen). 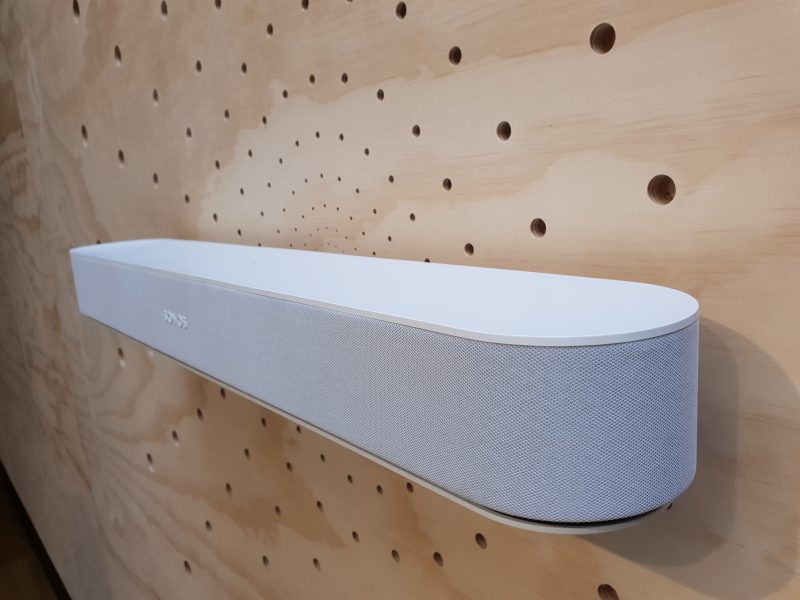 For those now wondering… the price. The current Sonos Playbar can be bought for $999 in most stores… the Sonos Beam however will go on sale for $599 from July 17.

Geoff Quattromani travelled to San Francisco as a guest of Sonos