I hate describing cars as sexy or even gorgeous, I leave those terms to our Lifestyle Editor Geoff for when he writes about wine. But I’ll make one exception here, the new Ferrari Monza SP1 and SP2 are as sexy as all f$#k. They were both revealed at the company’s Capital Market’s Day in Maranello where Ferrari’s iconic factory is based. Available in limited-edition numbers these are the most advanced sports cars the prancing horse brand has ever made. 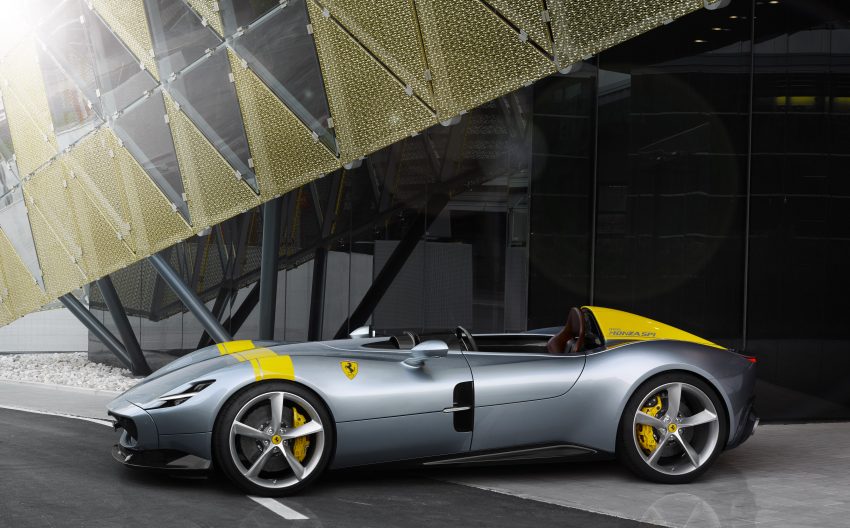 The cars fall under a new segment called ‘Icona’ and are said to “draw inspiration from the most evocative Ferraris of the 1950s”  You’ll need to be part of a very exclusive club of dedicated clients and collectors to even get near one.

The Ferrari Monza SP1 is single-seat road car, while the SP2 has no tonneau, a second protective screen and an extra roll-bar. It’s also a two-seater so you can take your in-awe mate for a fang. 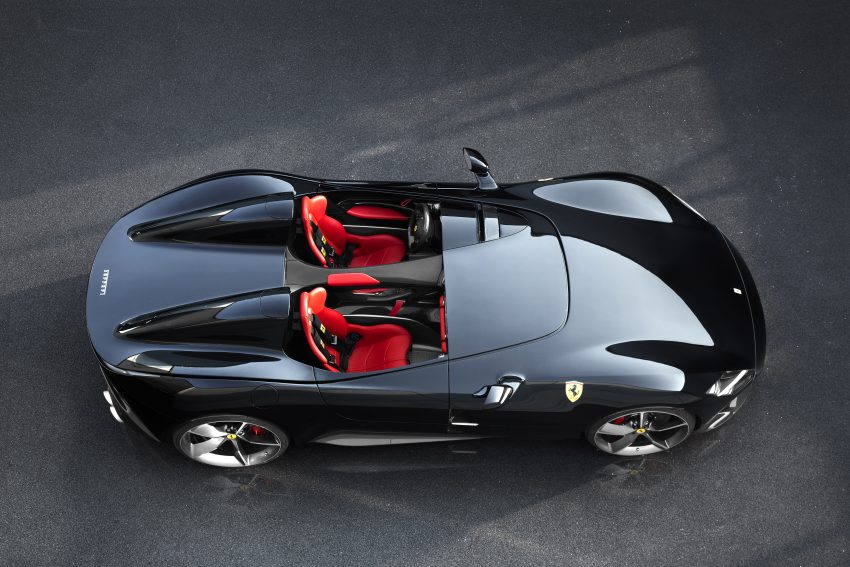 The Monza couple offer the best weight-to-power ratio of any barchetta, a term used by Ferrari to describe open-top sports cars. A term born with the 1948 166 MM. There’s stacks of carbon-fibre used in construction, and distinctive elements, such as head-and tail-lights, wheels and interior. Simply put the cars use the most powerful Ferrari engine ever built, with a 6.5-litre 603kW / 719Nm V12. It will dash from 0-100 km/h in 2.9 seconds and 0-200 km/h in just 7.9 seconds. 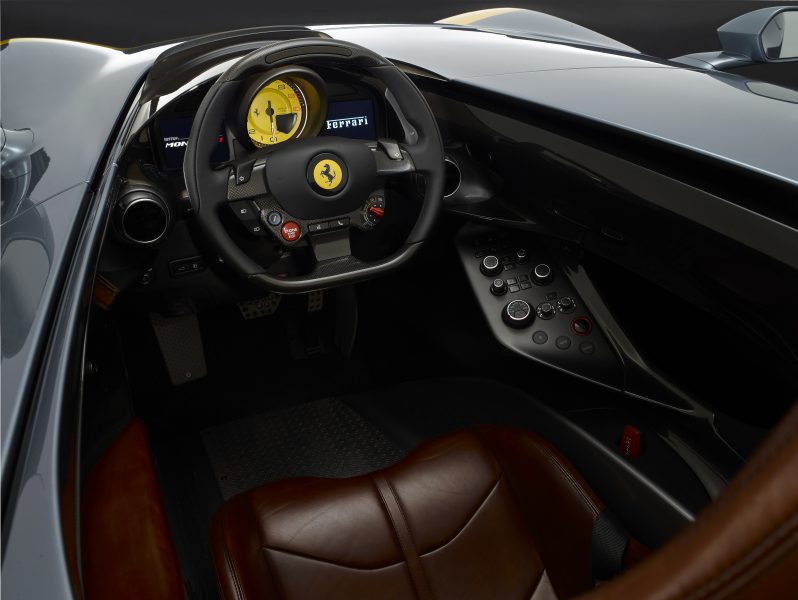 The doors open upwards and an all-carbon-fibre one-piece bonnet-wing assembly when opened showcases the massive V12. They may appear to have no windshield but a patented “Virtual Wind Shield” has been incorporated just ahead of the instrument panel and steering wheel. It deviates air away from the occupants to stop you getting blown out of the cabin.

There’s no word on Australian pricing, but then again us mere mortals need not know that detail. 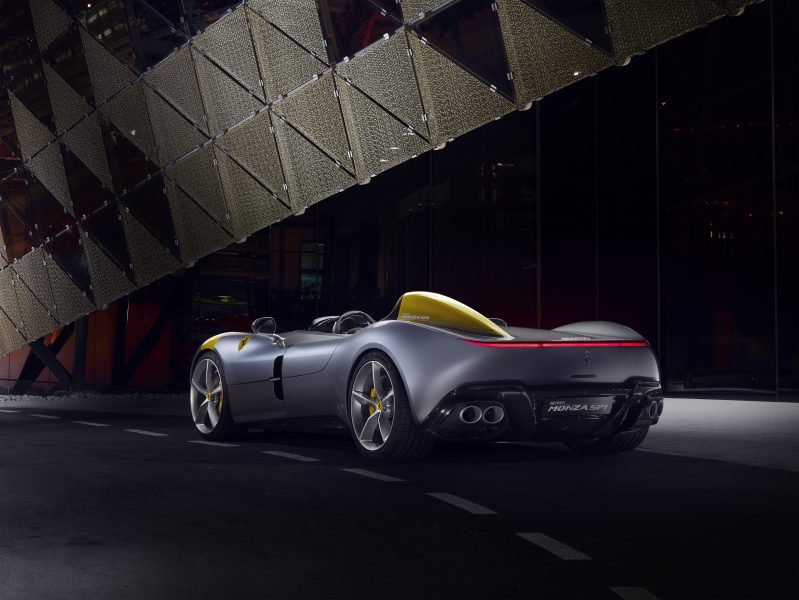