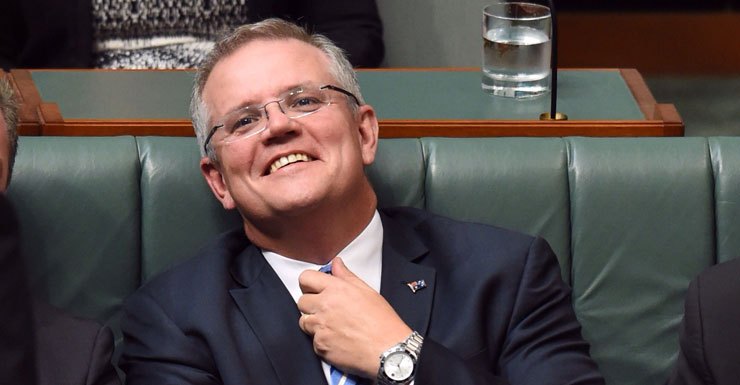 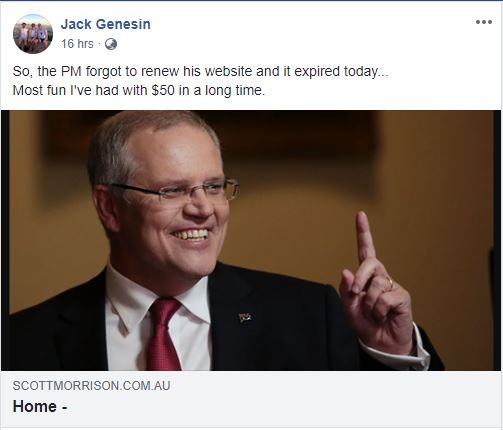 The new look website simply showed the above picture of our current PM, with a button in the top right corner that played the song ‘Scotty Doesn’t Know’ by the band Lustra.

Headlines today are claiming that the website was ‘hacked’, but as Jack said in his post, Scomo simply forgot to renew his domain (scottmorrison.com.au) before it expired – all Jack had to do was come in and buy it up! Which he managed to do for $50… brilliant…

It’s currently down either due to the enormous amount of traffic the site is receiving or Scomo having already claimed/bought it back off him.

While we don’t condone what Jack’s done, he’s being a good sport. This could have been significantly more malicious or crude, seeing as though he had complete control over the domain.

Mr Genesin works as an SEO Specialist with the company ‘Digital Eagles’ and clearly spends a lot of time with websites, domains and search engines.

UPDATE: Jack Genesin has since written about his experience in what was a very interesting 48-hour time period. You can read about it here.