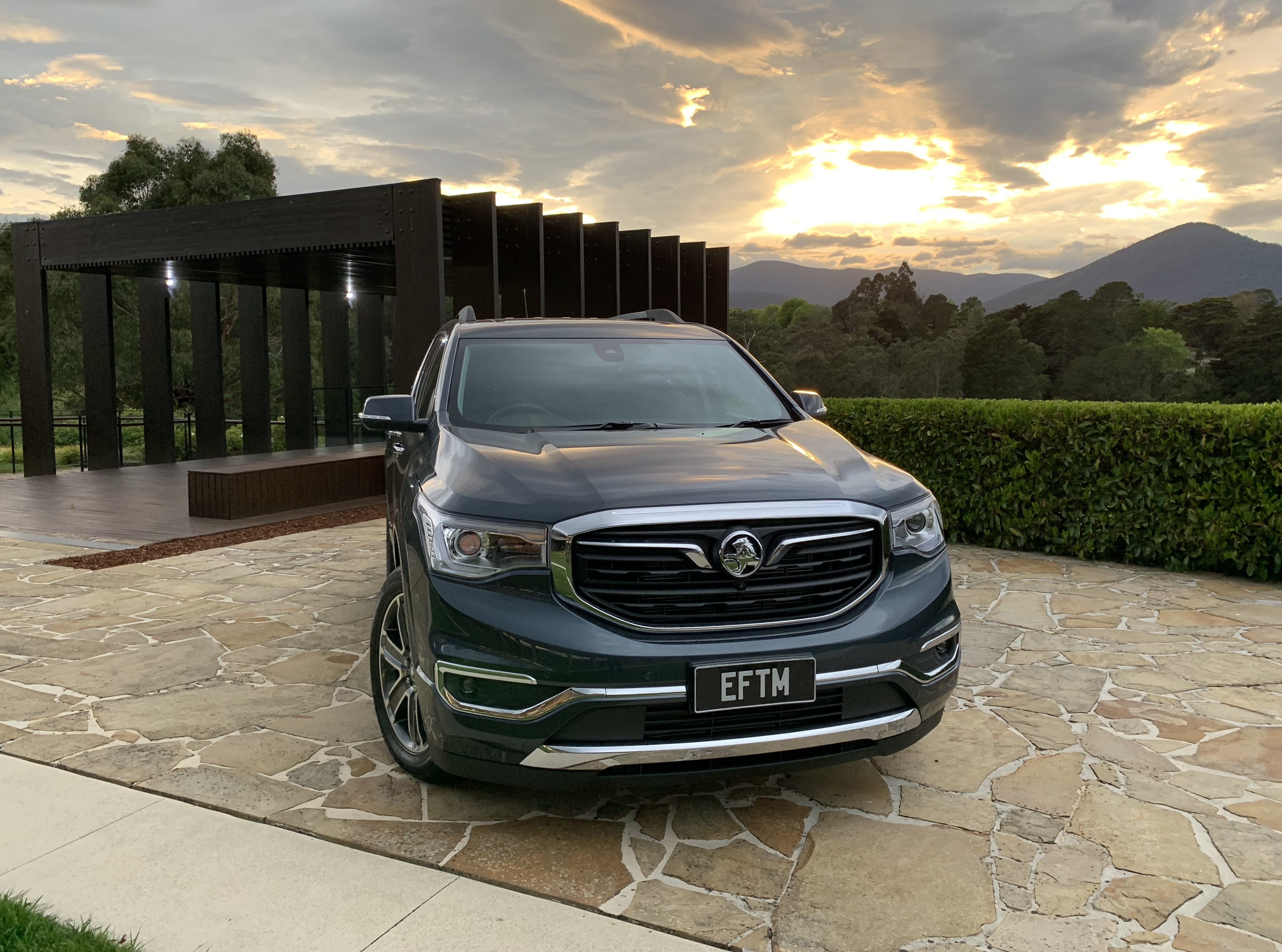 Holden dealership franchisees need something very bold through their showrooms soon, otherwise it’s all doom and gloom. Gone are the heady days of the Commodore, in fact gone are the heady days period. The brand may be a long way off being dominant again, but it does at least need to be a challenger. A vehicle that hits the sweet spot is required right now. Well the GMC sourced Acadia has landed and Chris Bowen has driven it.

What is the Acadia?

Holden actually has a long history with SUV’s. It started with the Jackaroo then along came the Suzuki made Drover. Others included the GMC Suburban, Frontera, Cruze (Suzuki Ignis), Adventra, Trax and Captiva. The latter will have sold around 160,000 units before Holden farewells it at the end of the year.

But now we have this, a full sized North American produced seven-seat SUV. Made at the GMC plant in Spring Hill Tennessee, the Holden Acadia is bold in looks and a brave move for a brand fighting to win back the trust of committed fans. But access to the best portfolio of cars, SUV’s and trucks globally may be Holden’s trump card. 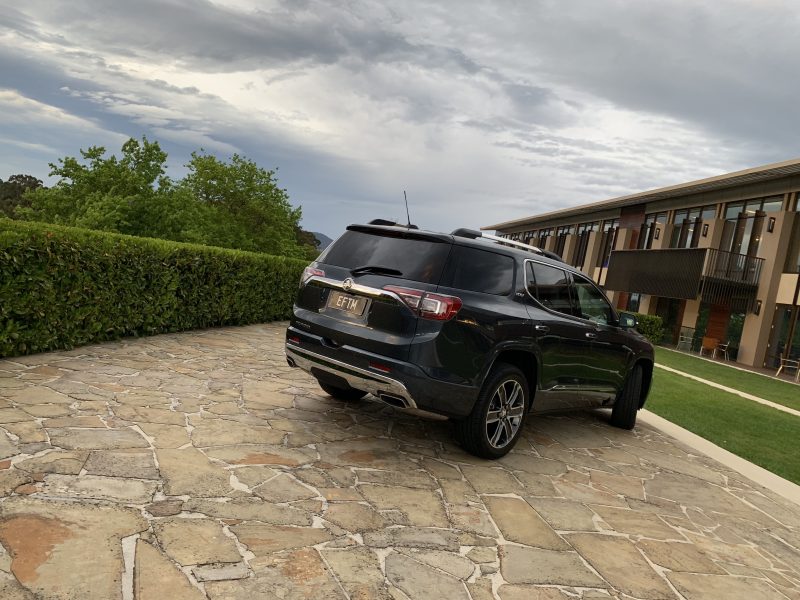 The Acadia has long existed in the US, but this current generation is also exclusively being made in right-hand-drive configuration for the Australian and New Zealand markets by General Motors. The move heralds the beginning of a couple of things, a cut off in supply from European markets given Opel’s purchase by Group PSA, plus the rise of American produced vehicles flooding The Red Lion’s showrooms.

Given GMC is the world’s number one SUV maker you’d have to assume Holden may well ditch regular passenger cars all together at some point, you don’t need to connect too many dots to realise the impact of that on a certain badge. 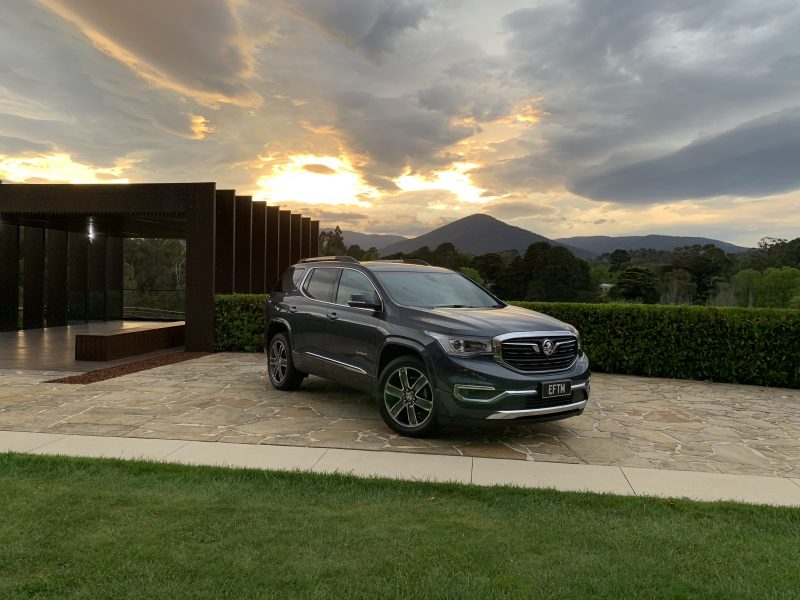 This car in my mind could well attract back some of the Holden set. This brash and masculine vehicle looks like a WWF wrestler when put alongside obvious competitors like Mazda’s CX-9 and Toyota’s Kluger. Plus, I can really see the potential for a market filled with pimped up versions.

A petrol 3.6-litre direct-injection V6 produces a substantial 231kW / 367Nm. It’s linked to a nine-speed transmission and is about all any family will ever need in terms of straight out grunt. There’s a choice of 2WD or AWD across all three grades, the LT, LTZ and LTZ-V. Fuel consumption sits at 8.9L/100km in two-wheel drive and 9.3L/100km in all-wheel using standard 91RON fuel. 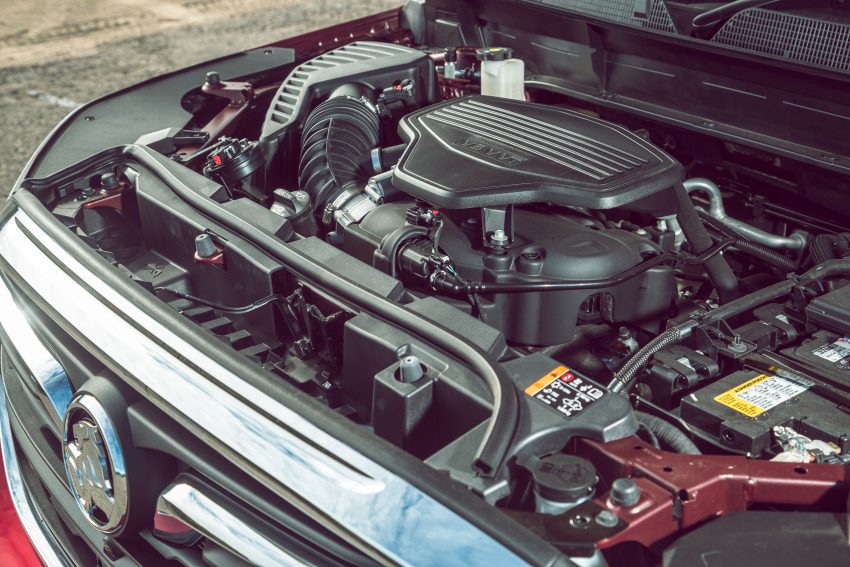 But this is no Yank Tank, Holden put a fleet of test Acadia examples through around 1.5 million kilometres of local testing to get the handling package right. Delivering classic Holden handling traits is going to be so important to a brand who insist it isn’t just a marketing company but a development outfit as well. There will eventually be 150 staff on the ground in Australia to fine tune whatever vehicles it gets access to.

A dive program through previously bushfire ravaged areas of the Yarra Valley and surrounding ranges was certainly a way to show off the handling capabilities. In my opinion the Acadia is one of the better sorted SUV’s around, even to the point of being highly engaging even when driven hard. 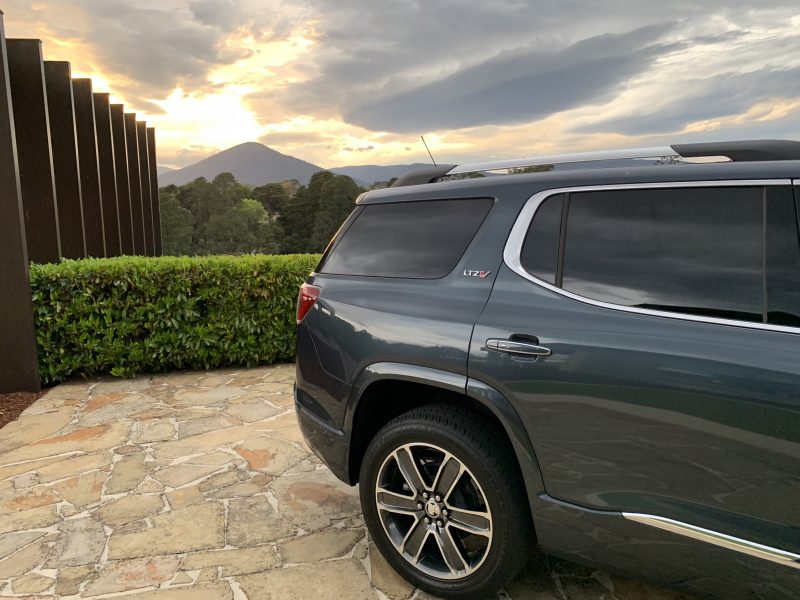 On the flagship LTZ-V FlexRide adaptive suspension really adds to overall pitch and roll control, it’s not the kind of SUV passengers will become instantly carsick in. The steering communicates better than a car this size should warrant, and acceleration is very brisk indeed.

When placed in sports mode the transmission cleverly instigates a ‘Lift off’ mode, to help select the right cog when entering and existing corners. 2WD models do suffer from a fair degree of wheel spin in the wet when pushed hard, I’d really prefer the option of toggling into 4WD when enjoying some free spirit driving.

In short the Acadia is a hoot in not just a straight line, but around corners as well. 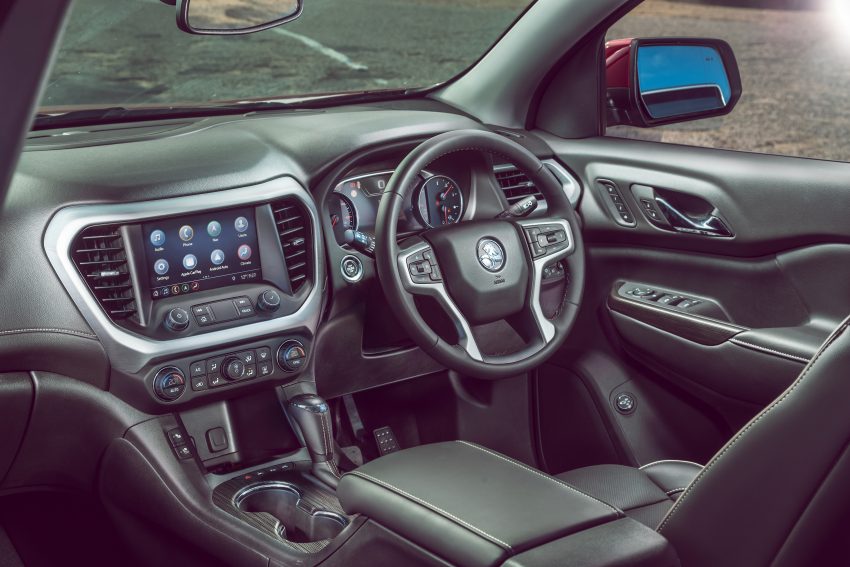 There’s little doubt the Acadia is big beast. It has 28 per cent more cargo space than a CX-9 for example. Clever storage options are offered throughout the cabin, there’s an enormous console drawer for second row passengers and an under-floor bin in the rear to keep items from flying about. 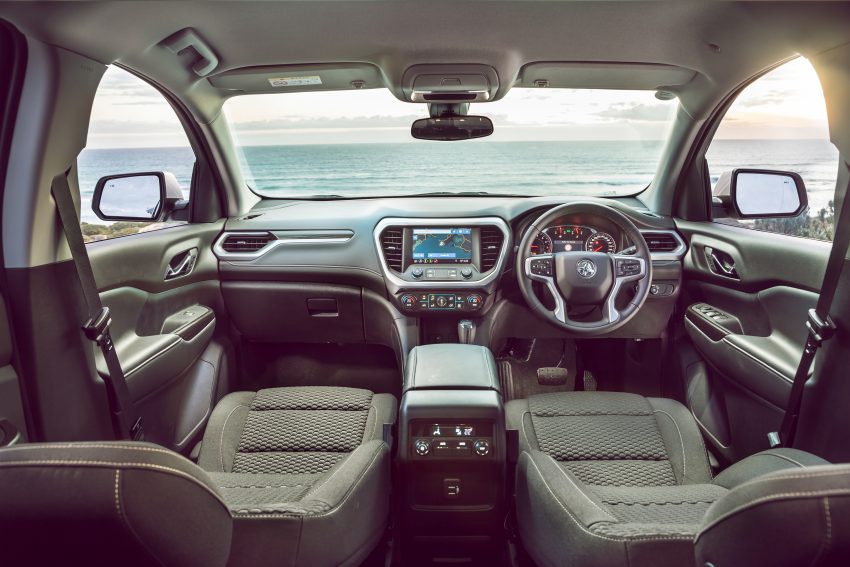 Be it cloth or leather trim, the seats are big and well padded. Higher-end models enjoy air-conditioned and heated perches while tri-zone air-conditioning is standard all round. There are some disappointing aspects to the cabin with hard plastics and particarlly ordinary material surrounding the head unit. Overall, you’d describe it as a semi-premium cabin, functional, spacious but not quite matching what Mazda pumps out for example. 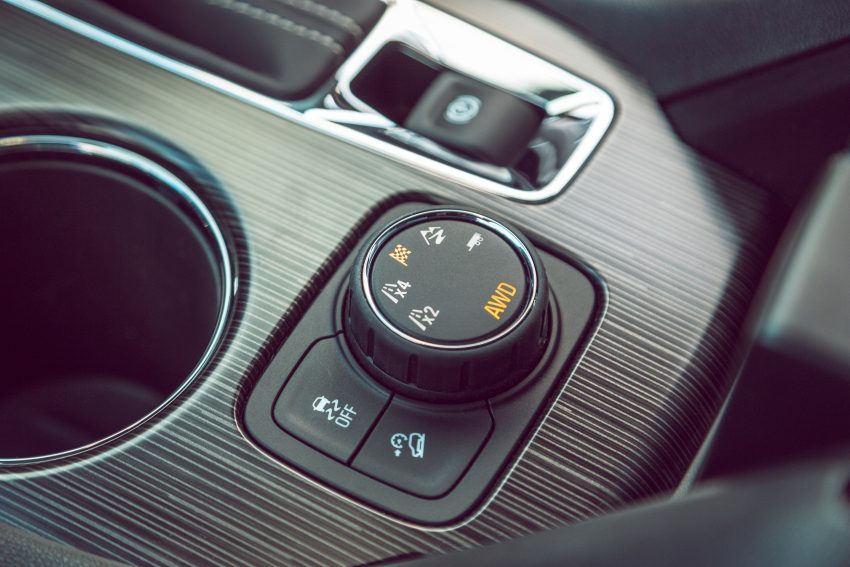 The Acadia is far from a dummy when it comes to advanced driver assist technologies. In fact, the forward-facing radar camera is said to be the most advanced in the GM fleet. We were shown a video of what it “sees” and some of that includes traffic lights, a technology that currently is sitting there dormant. 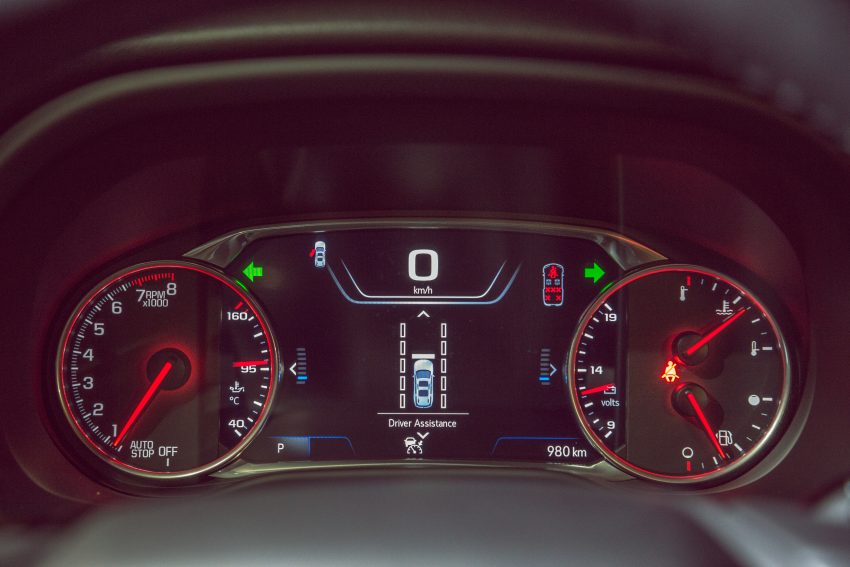 Traffic speed sign recognition is also standard and underwent much scrutiny during the local development program. So much so the company engaged with government on the extremely diverse range of speed signs throughout the country. For example, every state and territory have different style school zone speed signs, so engineers had to ensure the system could read all of them correctly. Hopefully one day this will lead to a more standardised approach to speed zone signage.

Infotainment is provided via an eight-inch next generation infotainment touchscreen. Gone is MyLink, in is a new system on debut in Australia for the first time, a system that has no name. Graphically it’s hardly amazing, it almost felt as if it was some kind of mid-term system before something more substantial arrived. However, there was Apple CarPlay and Android Auto functionality. 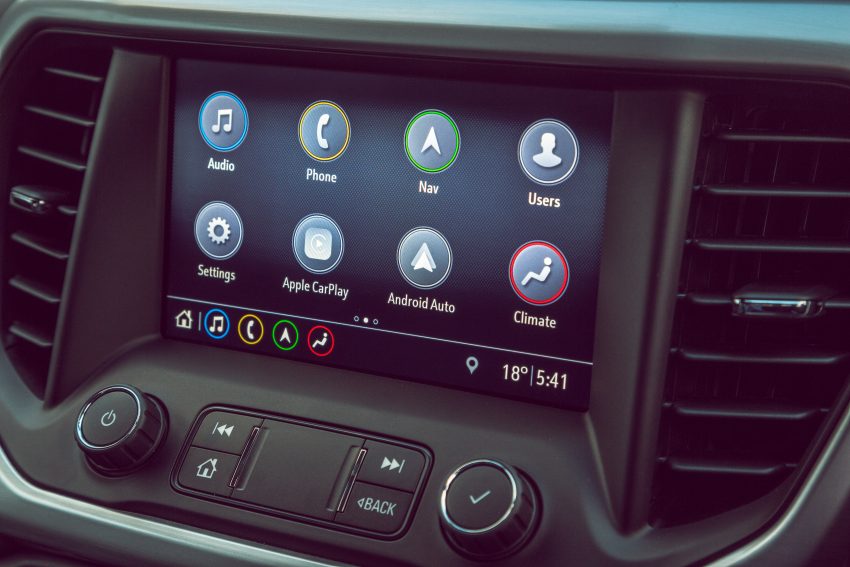 You’ll never fight over a USB charging port in the Acadia with 2.1-amp fast charge versions throughout the cabin. There are two in the front, two in the second row and one in the third.

Towing capacity sits at 2000kg braked and features a Hitch Guidance and Hitch View when reversing. A Tow Haul mode also calibrates the transmission to help it along under load.

Before on-road costs the Holden Acadia kicks off at $42,490 (drive away) with AWD models carrying a $4000 premium. But here’s the full range including list and drive away pricing at launch.

Many people simply jump at a car purely based on looks. I firmly believe there’s a desire in this country for American looking cars. With that imposing front end, squared off wheel arches and plenty of chrome look highlights, I think at the very least heads will turn when passing a Holden dealership. In reality a very strong marketing campaign, which I’ve seen, will need to spike the attention of not just Holden diehards but large SUV buyers. The Holden Acadia is surprisingly very good, it’s not cutting edge but what Holden ever has been? It’s an 8 out of 10 from me. 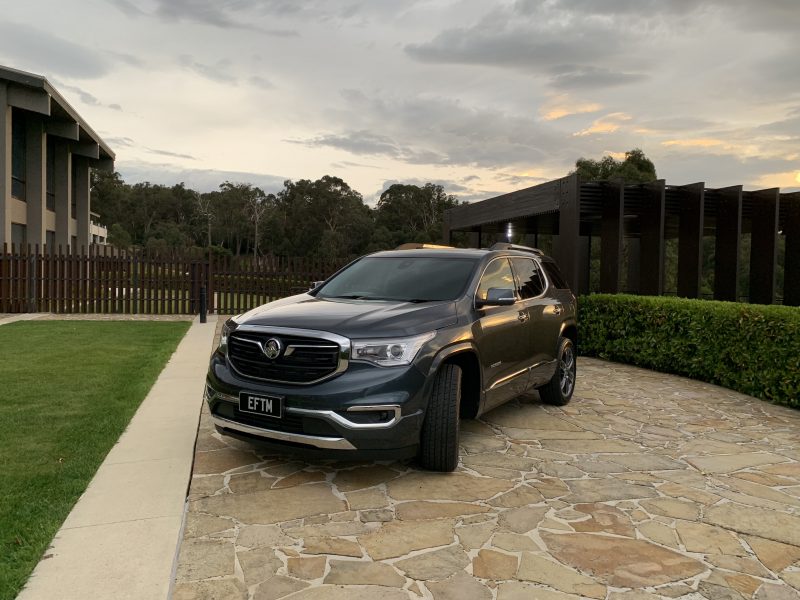