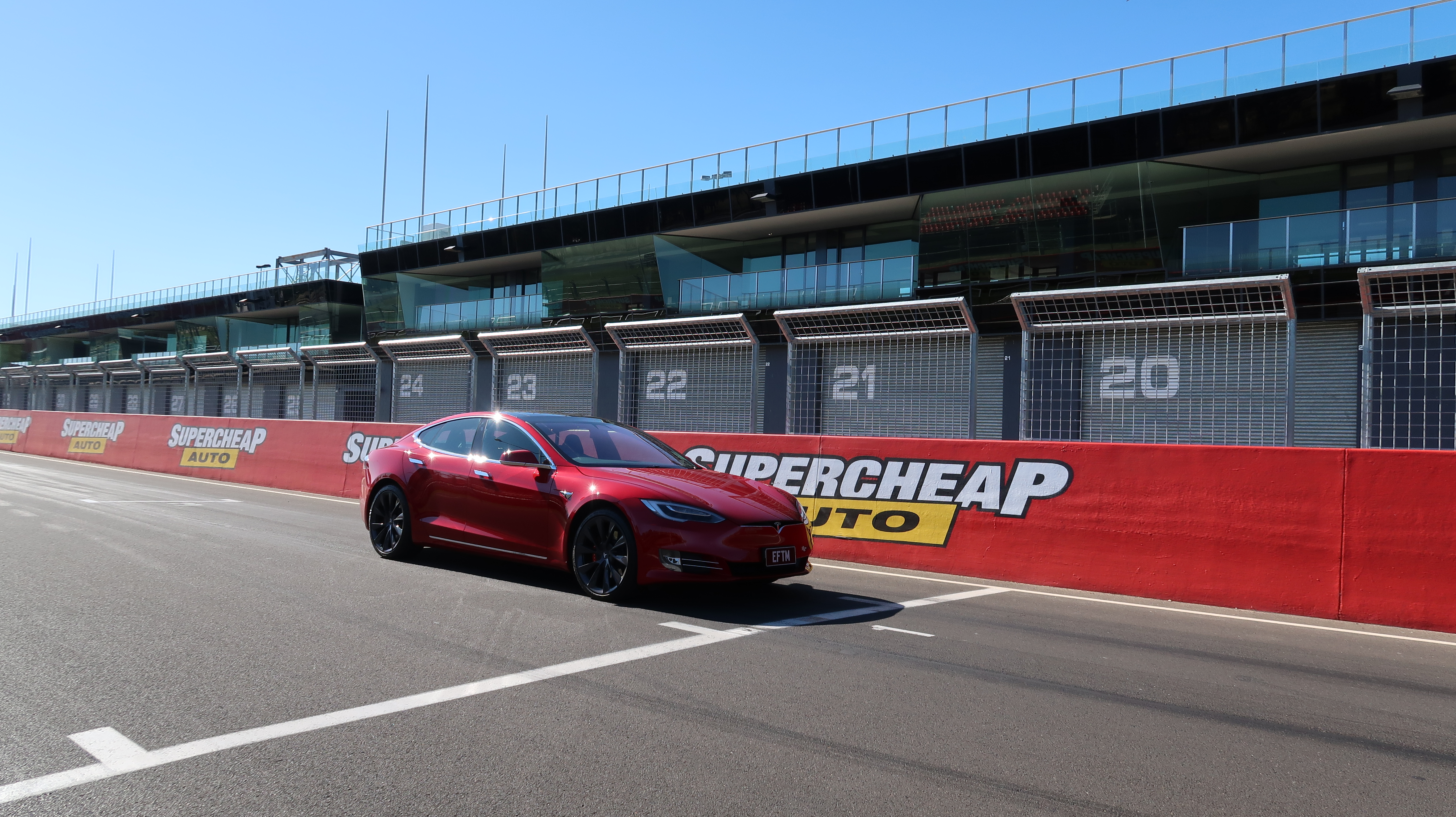 Over-the-air (OTA) software updates for cars actually isn’t an entirely new concept, but Tesla no doubt pioneered and advanced the idea very rapidly. The mainstream players are on the verge of catching up but for now Chris Bowen takes a look at Tesla’s Version 9.0 software after a Christmas road trip to Bathurst. 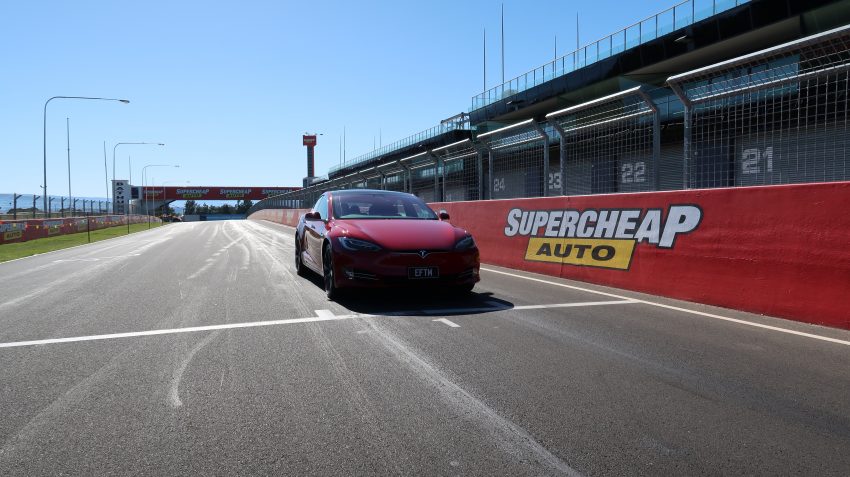 Tesla’s free updates arrive via Wi-Fi, literally like they do for your smartphone. Basically, you may wake up one day with a car that has received some serious renovations overnight.

The latest software really adds some handy features, some already used by players like BMW like sending navigation directions to the car before you even get in. But others include the more convenient placement of key functions, such as those for climate control. 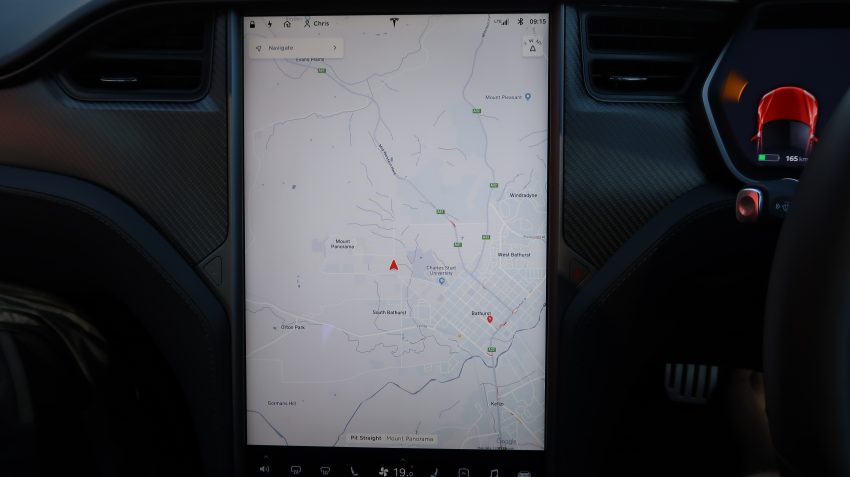 Tesla vehicles have always had an array of cameras and sensors. This technology allows for the car to “see” its surrounds, which allows the brand to deploy the most daring and advanced Autopilot system seen in any car. 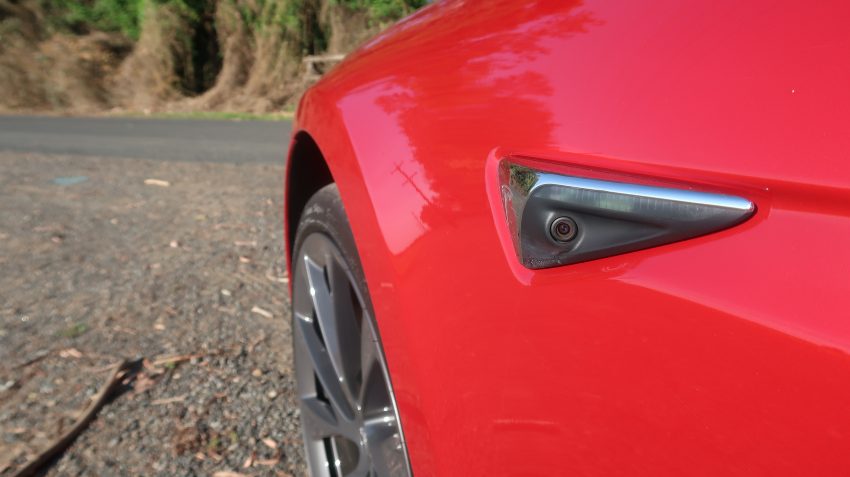 Now one of these cameras has been turned into a dashcam, of sorts. Forward momentum is captured via the windscreen mounted top camera. It’s just a matter of plugging in a USB flash drive, correctly formatting it and creating a “TeslaCam” folder. As soon as the USB is plugged in the process of continuously recording begins. 60-second clips are recorded repeatedly until either an hour’s worth of footage has been recorded or your trip is finished. You can pause and archive footage on the run, via a little camera icon at the top of the Model S’s vast infotainment screen.

There’s little doubt that this feature is in no way a true replacement for a high-end dashcam. Firstly, the quality of the vision is a little off, sound isn’t recorded nor is any easily accessible telemetry such as speed available.

As you can see here I recorded a lap around Mount Panorama, which I’ve cut down to 60-seconds given I was driving at the posted 60km/h speed limit. Some of the files on the trips I did ended up with “generic errors” and were unwatchable. But I did manage to capture most of my lap.

I have no doubt future updates will improve the quality of this feature, plus add other cameras to the mix. But for now, it’s more of a novelty than a true dashcam.

The instrument cluster onboard the Tesla Model S and X has always shown 3D renderings of the vehicles around you. But version 9.0 has taken the display up a notch by also detecting and showing the type of vehicle, be it a sedan, SUV, bus, truck, cyclist or even pedestrian. This is probably the biggest leap forward, a function found in no other car I’m aware of. You can be sitting at a set of lights on a three-lane road and all vehicles in your immediate surrounds are clearly identified.

The rendering is a bit jumpy from time to time, all the cameras are constantly trying to form a virtual map around you so there’s bound to be the occasional glitch. But it really does take blind-spot monitoring to a completely new level.

Just on Autopilot, I’ve had a stack of experience with it having driven from Brisbane to Adelaide last year in a Model X. Back then the version was a little hairy and even today doesn’t earn my complete trust. But this time around on my 320km round trip from Sydney’s North West to Bathurst I learnt how to manage it better.

We are a very long way off letting a car drive us around unsupervised. But incremental improvements have led to a leap in finesse in the way it operates. While it still requires clear road line markings, it’s pretty amazing to see it drive around some very tight bends with just the slightest amount of hand pressure on the steering wheel. Occasionally it will overreact to an oncoming car, disengage or dramatically and suddenly drop speed. But overall Tesla’s autonomous driving capabilities surpass all competitors. 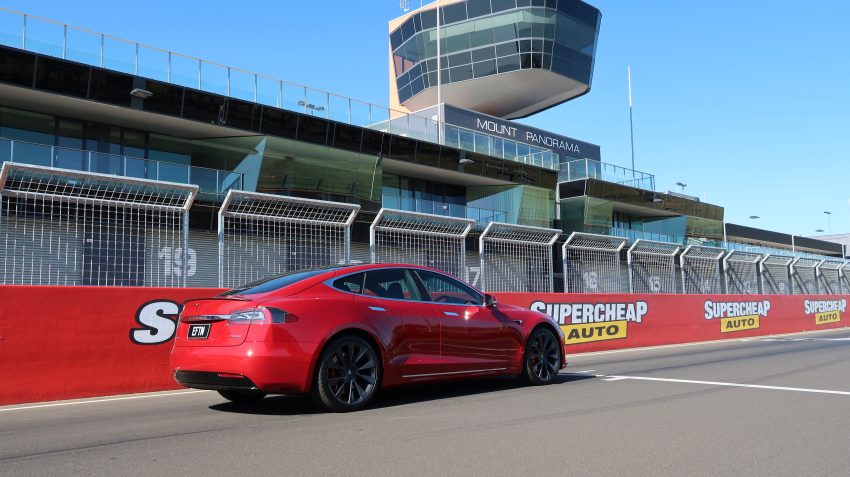 The Tesla app has also received a refresh allowing for the aforementioned sending of directions to the car and remote media control. But honestly the coolest stuff for me is still the pre-conditioning climate control and summon feature, shown in this video much to my relatives’ chagrin.

While I’ve spent dozens of hours behind the wheel of a Tesla there’s a man who probably has forgotten more about Tesla’s than most people know. Mat Peterson the Fleet Manager from Evoke Limos runs a fleet of up to 12 Teslas in both Sydney and Melbourne. The fleet has travelled over 1.5 million kilometres with one even notching up 250,000km.

I asked Mat about his take on Version 9.0, “Over the years of owning the cars the software has steadily improved and removed every grievance that we have. V9 especially removed the last major one and that was the poor quality of the suggested navigation. It now seems to use Google’s turn by turn directions and it is far more accurate in terms of the recommended route and estimated travel time. We will no longer have to explain to our customers why we don’t use the car’s inbuilt navigation! Alongside this we’ve received many features that we didn’t know we needed from the useful (cabin overheat protection) to the whimsical (emissions testing mode). The key item that we are looking forward to is the dash cam functionality being upgraded and hopefully enabled on older vehicles.”

The latter is a good point made by Mat and missed by some. The dashcam feature is only enabled on those cars fitted with Autopilot 2.5 which means Model S and Model X examples made after August 2017. 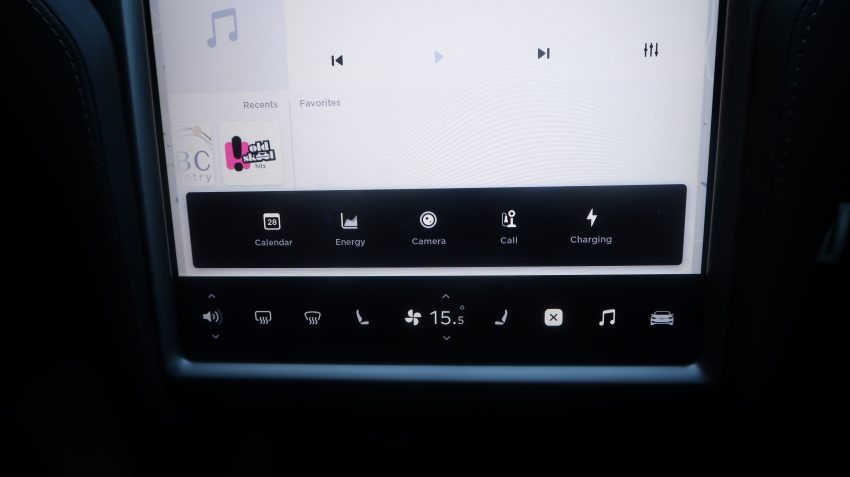 Then there are the games and fireplace graphical wonders. Activating the romantic log burning scene turns the heat up on not just the screen, but the seats as well. Along with an appropriately pulse-racing soundtrack. The below video tells the story. A “Fart on Demand” feature can also be activated… Elon, well he’s a crazy kid. 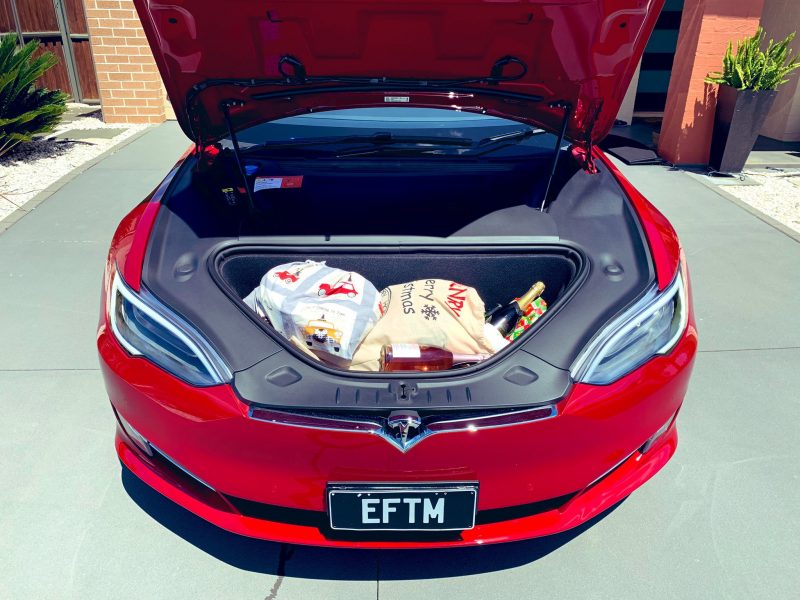