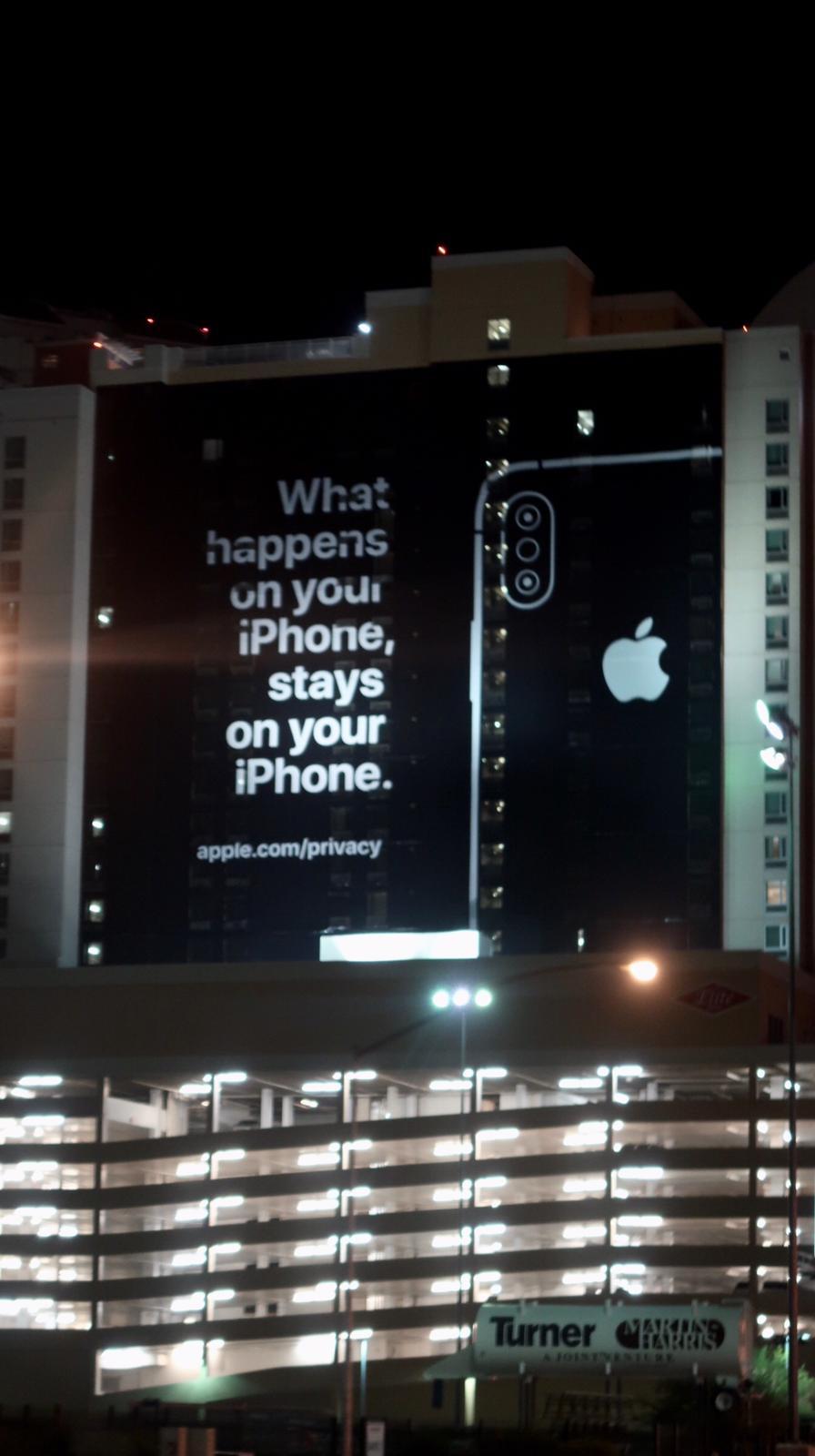 Driving past the Las Vegas Convention Centre last night doing my annual look at the billboards to give us some guidance on who’s doing what, it was stark to see a huge billboard for Apple.

Not directly for a product, but for a message they’ve been pushing now for some time – Privacy.

“What happens on your iPhone, stays on your iPhone” – that’s the message from Apple in this 14-15 storey high billboard on the Marriot hotel opposite CES.

Why? Well – there’s a lot of concerns around the privacy of other devices. Of course there are the stories about Huawei and their networks, then there’s concerns about governments getting back door access to other devices.

What Apple wants you to know is that your Fingerprint, your Apple Pay cards, your PIN, whatever it is – it isn’t saved to the cloud, it’s stored securely on the iPhone.

This is not a billboard targeting consumers. Nor is it targeting the media. It’s targeting the 140,000+ retailers and analyst types who perhaps are wondering what 2019 holds for privacy legislation around the world, and arming them with a simple message that can be used when consumers ask the question – “on which device is my information most safe”.