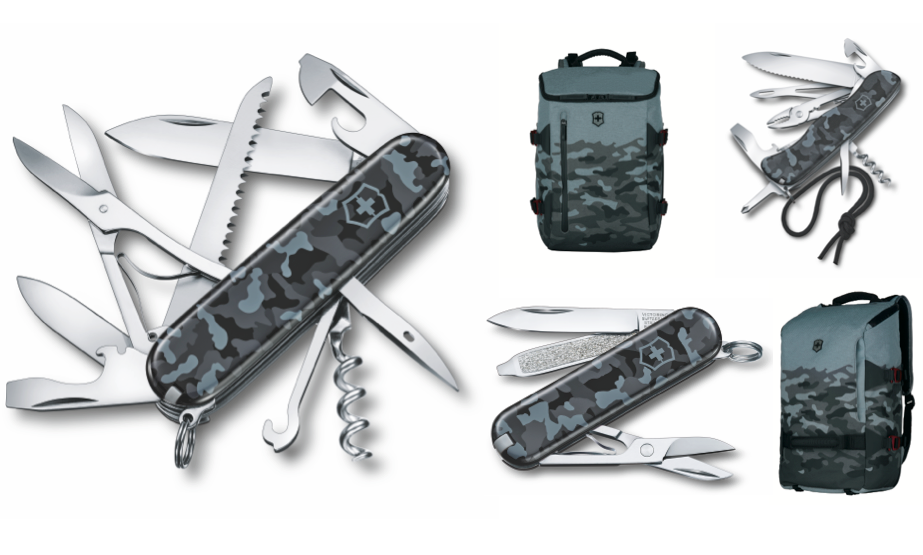 Victorinox have a new “Navy Camouflage” collection out inspired by the world of Maritime. The nautical theme is applied to its most popular products ranging from their classic knives to backpacks of varying sizes. Here’s what’s on offer.

A compact knife with scissors, nail file, and more.

You get more functionality with the Huntsman with two blades, a wood saw and can opener.

The skipper really is designed for the boatie with sailing-specific tools like a shackle opener and a marlin spike.

This can be used as a Backpack or use the handle system and use it as wheeled luggage.

Able to fit a 15’’ laptop and other mobile devices you can get the best of both worlds, for the connected outdoors type person.

Got bigger laptop, the VX Touring then the 17’’ version is for you.

Designed for the urban explorer this is simply a handy daypack.