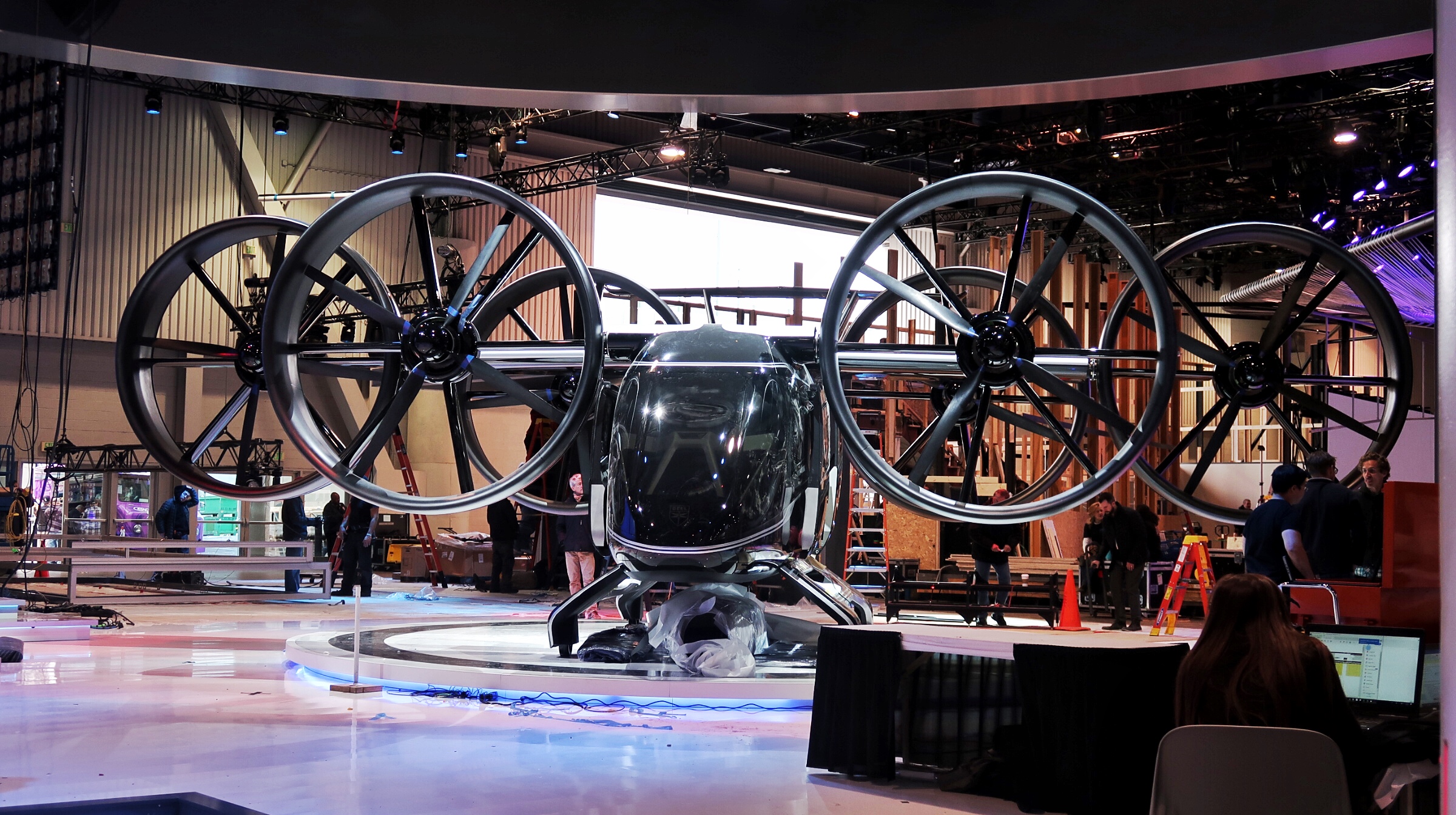 CES is full of plenty of WOW moments, most of which will occur on press day. But our spies on the show floor have been having a bit of a wander around, taking in all the behind the scenes action and came across this. Bell, best known for their choppers is going to showcase what we can only describe as the world’s largest passenger drone.

On display is a full-scale version of a concept we saw last year, an electric (we assume) passenger carrying machine. There are six enormous enclosed rotors, that we again assume flip up once a vertical take off has been performed.

Bell has been talking about the idea of an air taxi style concept for some time. We will find out more very soon, but in the meantime take a look at the crazy beast.