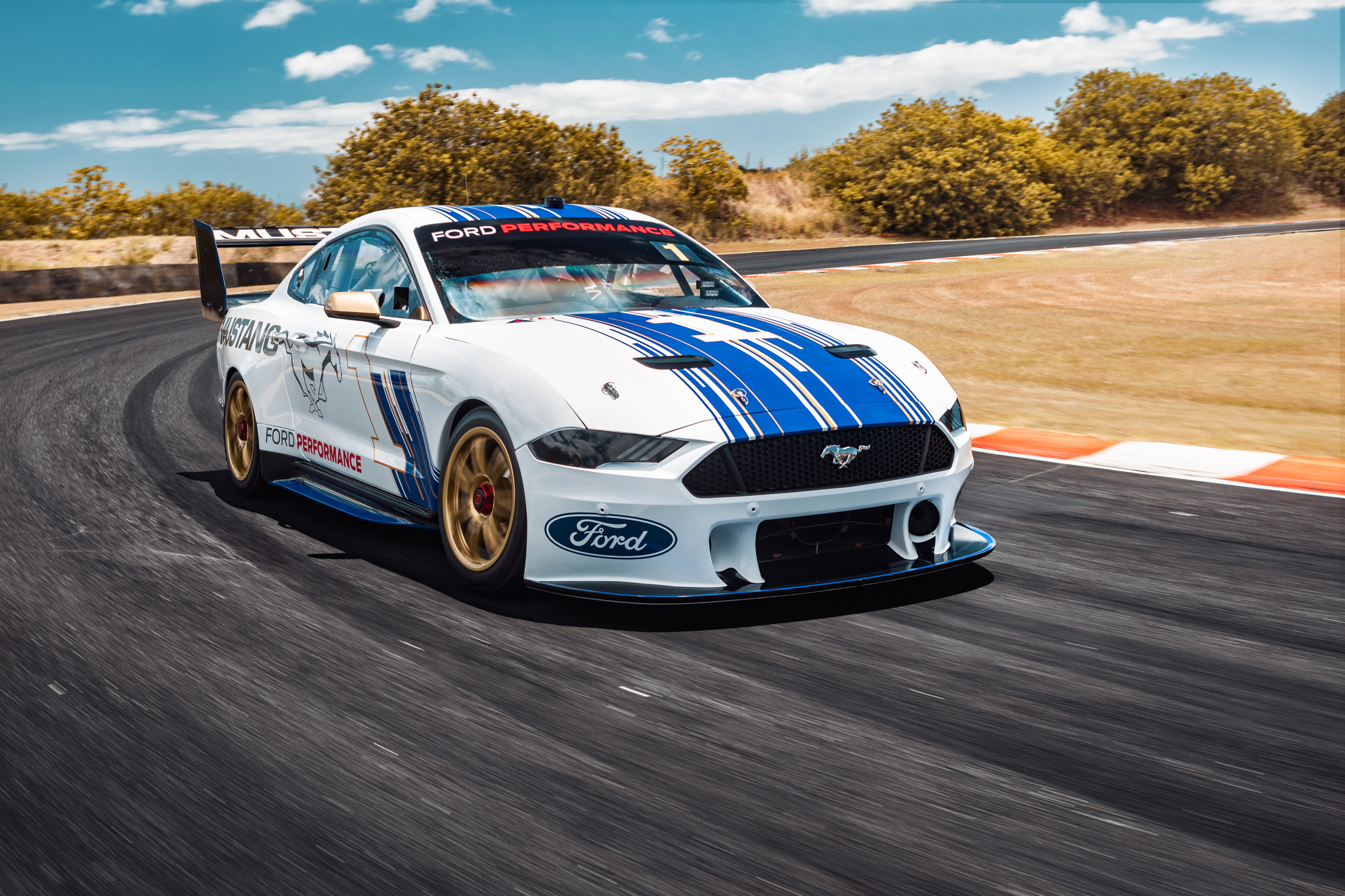 We’ve seen the camouflaged version of the new Ford Performance Mustang Supercar. But today the covers have been lifted off and they didn’t even get hooked onto that enormous wing.

The full Ford Performance livery Mustang will debut at the Adelaide 500 later this month. Ford and Ford Performance plus Shell V-Power Racing and Tickford Racing are responsible for the design, engineering and homologated Mustang for the 2019 competition.

So has the end result done the iconic Fastback and Australia’s number one selling sports car any favours…? The jury surely has to be out.