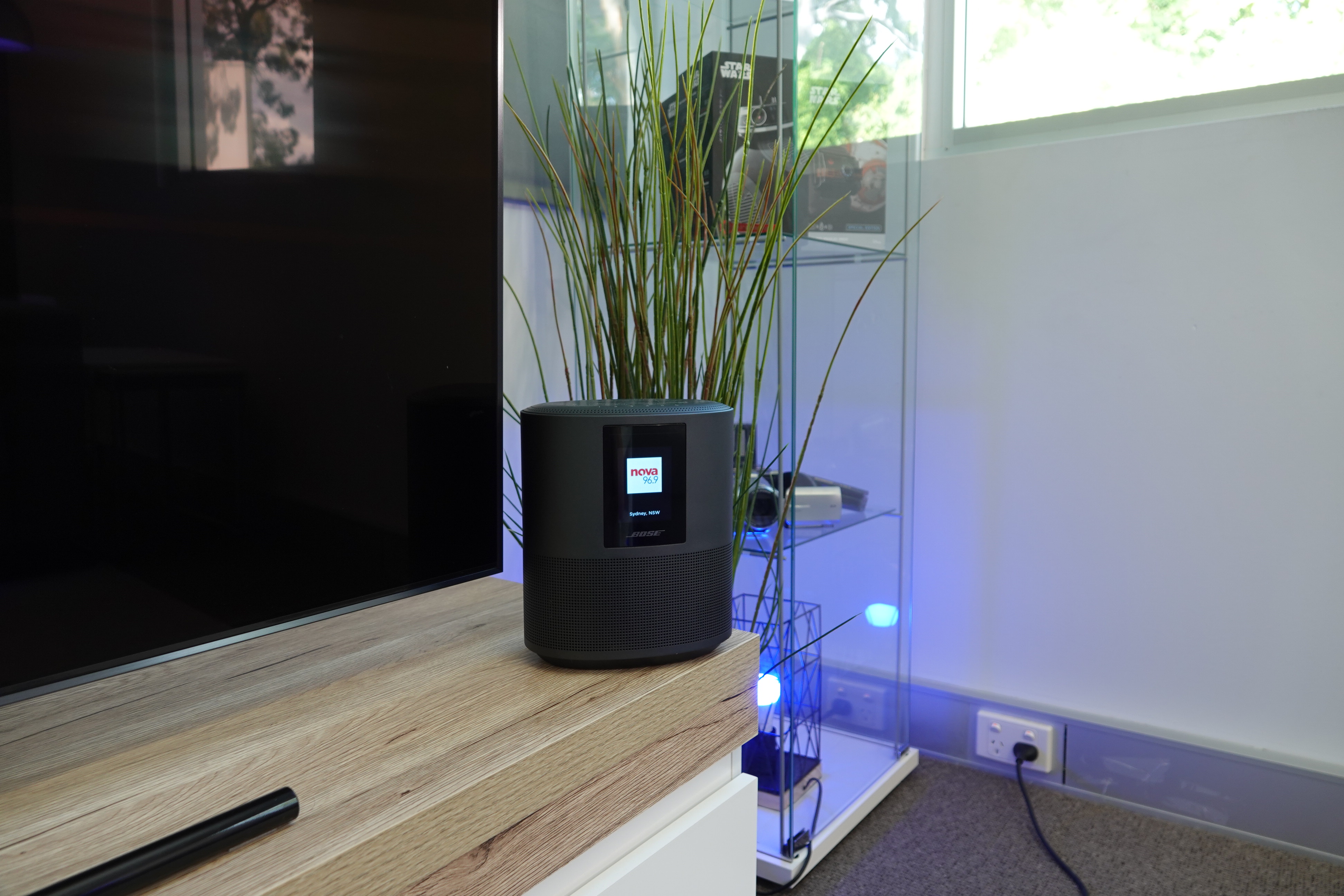 For some time now the Bose Home Speaker 500 has occupied the EFTM office. While this is yet another smart speaker, Bose do make the claim it has a wider soundstage than any other.

Inside the grey oval shaped speaker are two custom drivers that face in opposite directions. The key to any decent smart speaker is the ability to fill a room with sound, not just rubbish noise but three-dimensional high-fidelity stereo sound.

There’s little doubt this Bose unit is more than capable of just that. It fills the top floor of our office with tremendously loud sound. A soundtrack that is seemingly at odds with the size of the speaker.

Even at 100 per cent volume the sound remains strong, showing little signs of distortion. Alexa instructions can still be issued even at this level thanks to an array of eight microphones, although you’ll be shouting when it’s pushed that hard.

Features include play, pause and shuffle. Audio news updates are provided by Sky News Australia, although the updates aren’t exactly up to date. Via an Amazon Music account, you can access a very large library of artists. Creating playlists and albums is easy while local radio stations are streamed via iHeartRadio.

The speaker also supports Spotify plus Apple AirPlay 2 compatibility is due this year. Connecting to the speaker would normally be done via a home Wi-Fi network, but it also supports Bluetooth connections from smartphones and tablets.

You can choose to use the Bose Music app if you have other Bose products as well, like a soundbar. It is the visual one stop shop for setting up pre-sets, jumping between stations or allowing multiple users personalise their own tastes.

The Bose Home Speaker 500 is one of the more accomplished and polished smart speakers we’ve come across. It offers superb sound with deep base that really drowns a room in high quality thumping sound. But one this it isn’t is cheap with a RRP of $599.