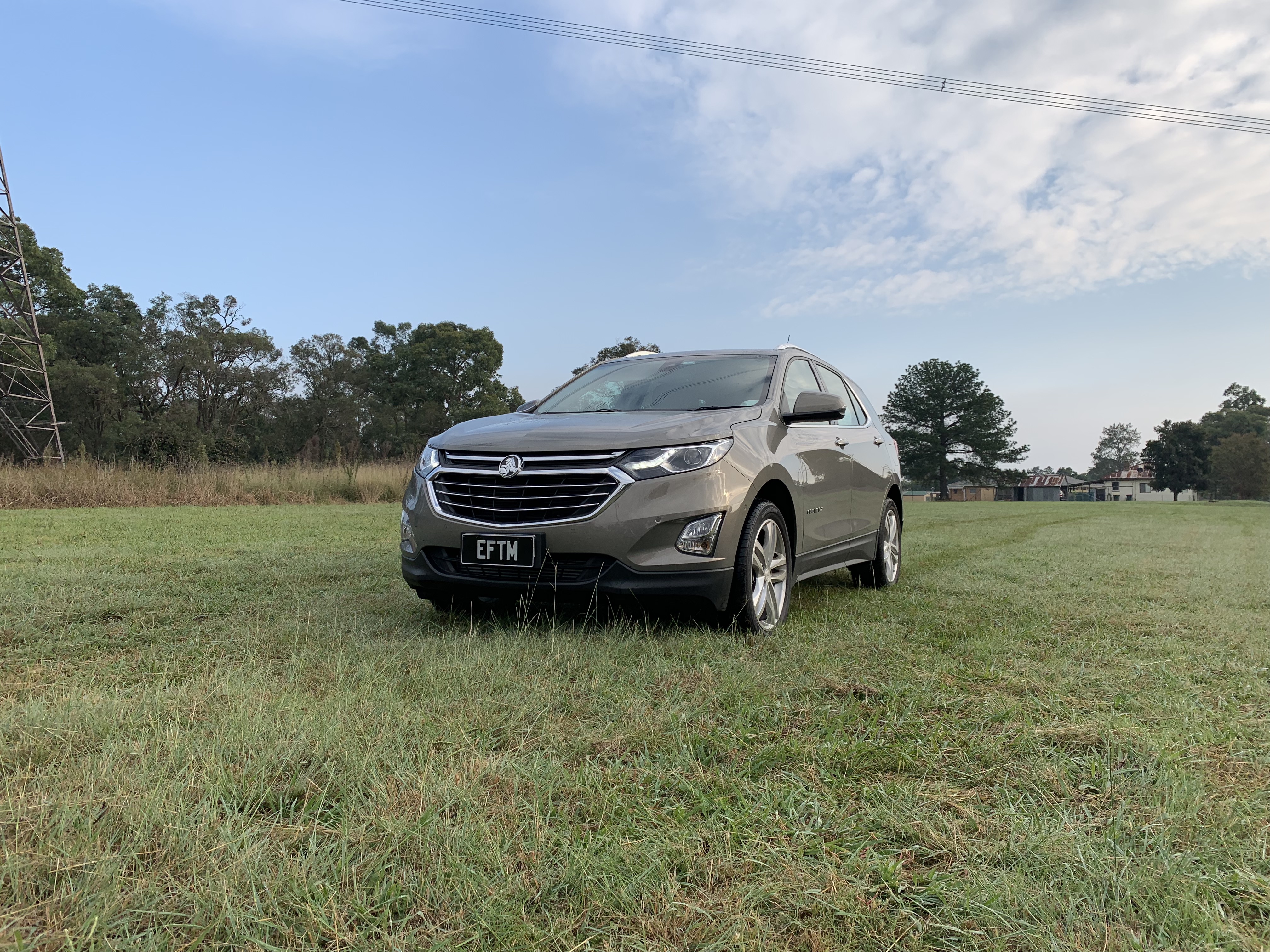 Occasionally we offer up a car review that goes beyond the typical week-long drive. In this instance Holden has given us its Equinox LTZ-V for a six-month “owner simulation” review. The Equinox is sourced from GM’s Chevrolet stable and is a successor to the popular Captiva. The Captiva, despite the naysayers, was a very popular and important car for Holden, so the Equinox has a lot riding on its back.

It has been just over a month since we took possession of the top of the range Equinox. This is a mid-sized SUV with five-seats, a 2.0-litre four-cylinder petrol engine, nine-speed transmission and in this case, part-time AWD. The LTZ-V is as high up the Equinox tree you can get and is priced from $46,290 before on-roads.

Being the range-topper, it has all the kit you’d need. Holden’s MyLink system sits front and centre, although Apple CarPlay and Android Auto are available as well. Everything is automatic such as the wipers, headlights including high-beam. The rear tailgate is electrically operated plus your compatible smart phone can be powered inductively via the front charger.

There are four USB points, two up front with a 12V outlet and two in the back along with a 230V universal power point, handy for powering a laptop. If you need to tow, the Equinox can accommodate 2000kg braked.

Since collecting the car we’ve put 2674km on the clock with an average fuel economy figure staying consistently on 8.9L/100km. Not too far off the 8.4L/100km figure, although Holden suggest using 95RON fuel for maximum performance.

Like the larger Holden Acadia, local development has been put into the feel and ride of the Equinox, it pays off too. It has a nice easy feel to the steering, not too light not and not too firm. Body roll I think is very well contained and it’s generally a hushed experience on most surfaces, the active noise cancelling technology helps. I must say though it’s not the most manoeuvrable SUV around with a rather large turning circle.

My wife has been driving the Equinox on and off, with our nearly two-month old securely attached in his forward facing Isofix child seat. She loves the panoramic sunroof, which is actually more of a novelty for Henry as a means of a distraction. But should the passing scenery not suffice, the missus loves the Siri integration and using voice requests for various Wiggles songs via the six-speaker Bose system.

The Equinox also has DAB+ radio, which is another massive bonus for my better half. If you don’t have little ones you simply don’t understand how important the discovery the ABC Kids channel is!

The cargo space is pretty good with 846-litres available. It easily absorbs our rather large pram, although the rear wheel arches intrude a little. My wife noted that we seem to be heading to the local BP more often. Despite the pretty good fuel economy, the tank is only 55-litres which is a tad irritating.

How does it drive?

The 2.0-litre turbocharged engine doesn’t hang around, putting out 188kW at 5500rpm and 353Nm at 2500-4500rpm. The nine-speed transmission goes about its job without any jerkiness, it’s a slick box which is also found in the new Commodore.

The one thing I will say is that it’s almost too perky, especially in the wet. Whilst the Equinox does have an adaptive AWD system it’s not on via default. Drivers are given the option to turn it on, the reason behind this is potential fuel savings. Personally I think a full time on-demand system is a better way to go, because there may be occasions when you don’t have time to reach down and push a button. Regarding the fuel savings I’d suggest they’d be minimal but for a couple of weeks we are going to leave it in AWD mode to test this. But as I said the actual real world economy we’re getting is impressive.

The Equinox is filled with all of GM’s best tech. It has a five-star ANCAP rating, six airbags, Autonomous Emergency Breaking (AEB) with frontal collision a rear traffic alert. GM cars use a vibration system in the driver’s seat to alert you when you’re about to hit something or drift over white road line markings.

The $46,290 before on-roads price tag is pretty tempting for all the features. Plus, Holden now offer a five-year unlimited warranty with service intervals of 12,000km.

This is actually a decent alternative in the mid-sized SUV market. It lacks the premium feel of a high-end Mazda CX-5 but has an Aussie touch thanks to the local tuning. I’m not personally enamoured with its looks, but there are some angles that are somewhat appealing. Until now we’ve been largely commuting to and from work, but we have some roadtrips ahead of us. That will give us more of an idea about overall comfort levels plus how much we can cram in the rear.