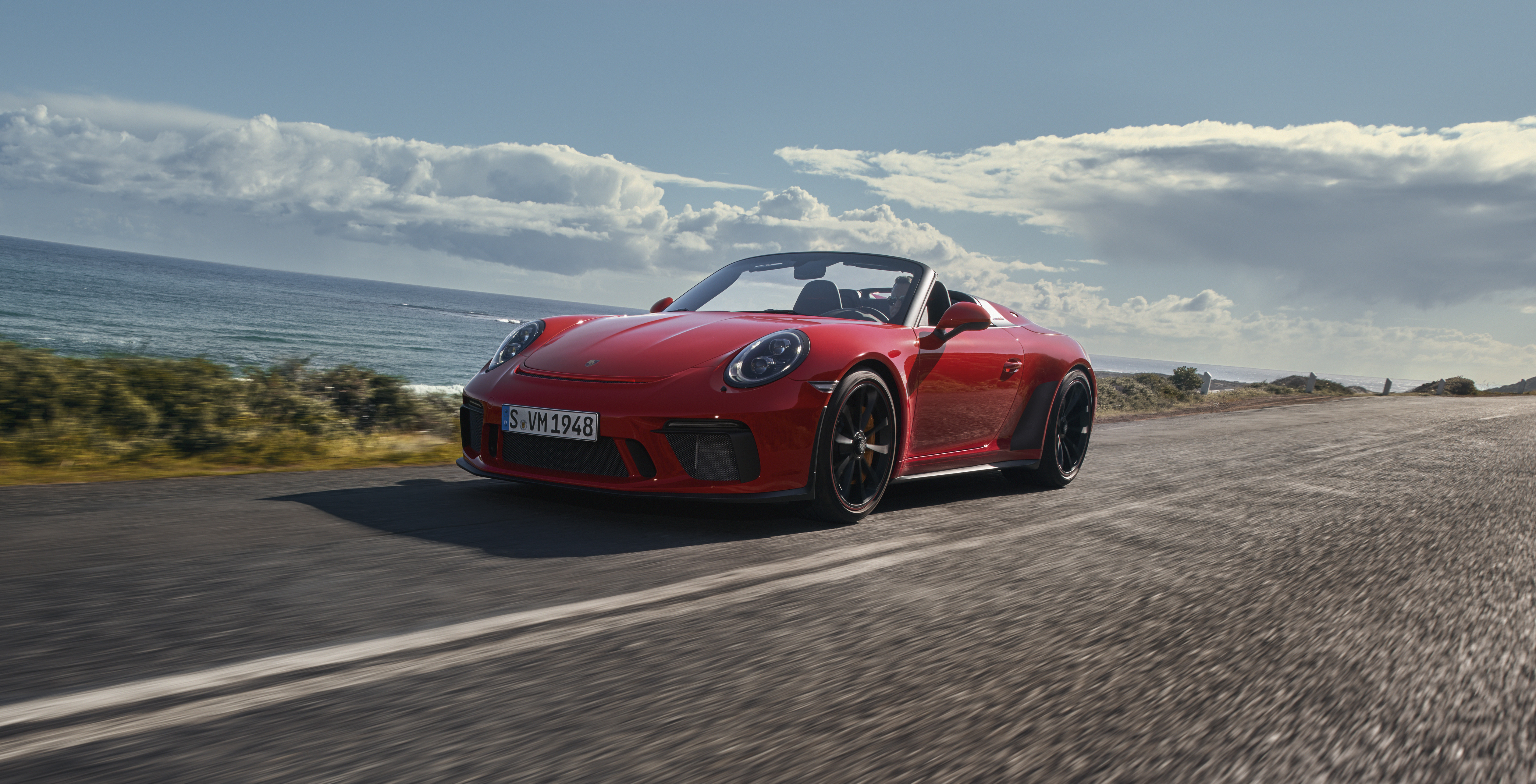 A production version of the Porsche 911 Speedster has made its debut in New York overnight. This comes after two concept versions were showcased in 2018 to celebrate 70-years of building sports cars.

This is basically a race-bred version of the 911 GT3 R race car. It comes with a GT Sport six-speed manual and will rocket to 100km/h in around 3.5 seconds. This is the first production model developed by the Porsche Motorsport Department.

It comes with a low-cut front windshield and side windows plus a manually operated lightweight fabric top. The streamliners on top of the read decklid are made from carbon fibre and are a nod to the model’s history.

Inside are lightweight door panels with a standard black interior, although red stitching for the dashboard and the word “Speedster” can be embossed in the headrest if you so desire. The GT Sport steering wheel has a red centre marker while further touches of carbon fibre are found on the gear knob and sill guards.

Other weight saving measures include ceramic composite brakes, the omission of standard air-conditioning (although this can be optioned!) while even the gear box is lighter. Overall the car weighs in at 1,465kg.

Only 1498 models will be sold worldwide, Australian pricing and timing will be confirmed in May.