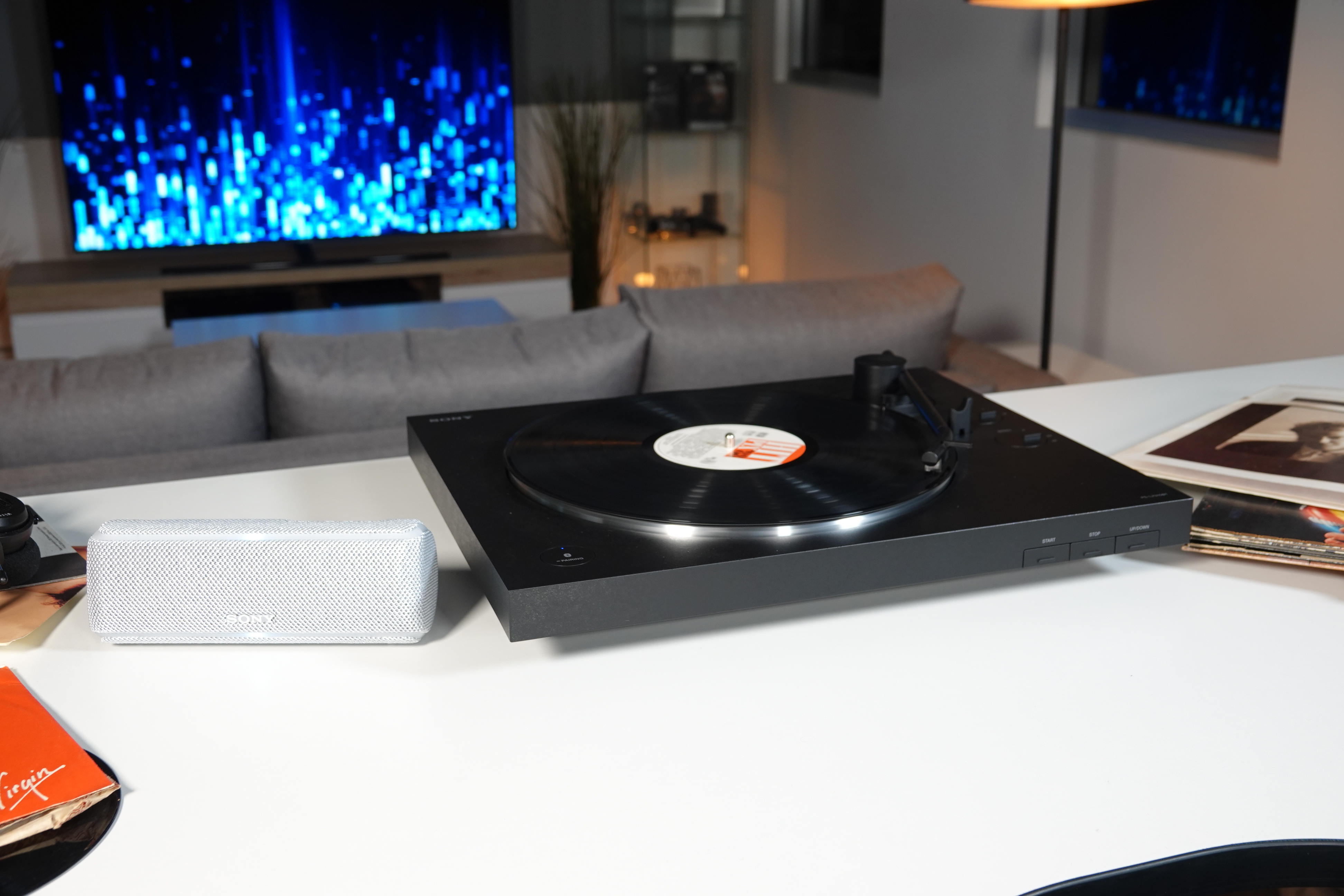 Since the day I heard about this product at CES in January I’ve been keen to get my hands on it – and ahead of it’s Australian release next month I’ve done just that – and it doesn’t disappoint.

The Sony PS-LX310BT is a turntable for your old or new vinyl records, but instead of just being something to plug into a HiFi system, it’s got Bluetooth output. Boom!

You’ve got a Bluetooth speaker right? Or headphones? Maybe a soundbar – this thing just powers on, then you press the pairing button for two seconds – initiate pairing mode on your Bluetooth device – and like magic they connect.

Set the record size (7 or 12) and speed (33 or 45) and there are three buttons to get you going. Start, Stop and Up/Down. Start takes the needle off its stand and moves over to start the record. Stop lifts and returns the needle while Up/Down lifts it up or down in place while the turntable keeps spinning.

I listened to this on a couple of Bluetooth speakers, but it was on some of my favourite Bluetooth headphones that I really really got to appreciate the sound.

At $299 it’s just utterly great value, and I can’t imagine them not selling out fast.

It’s coming next month (May) to Aussie retailers – so keep an eye out and your credit card poised.