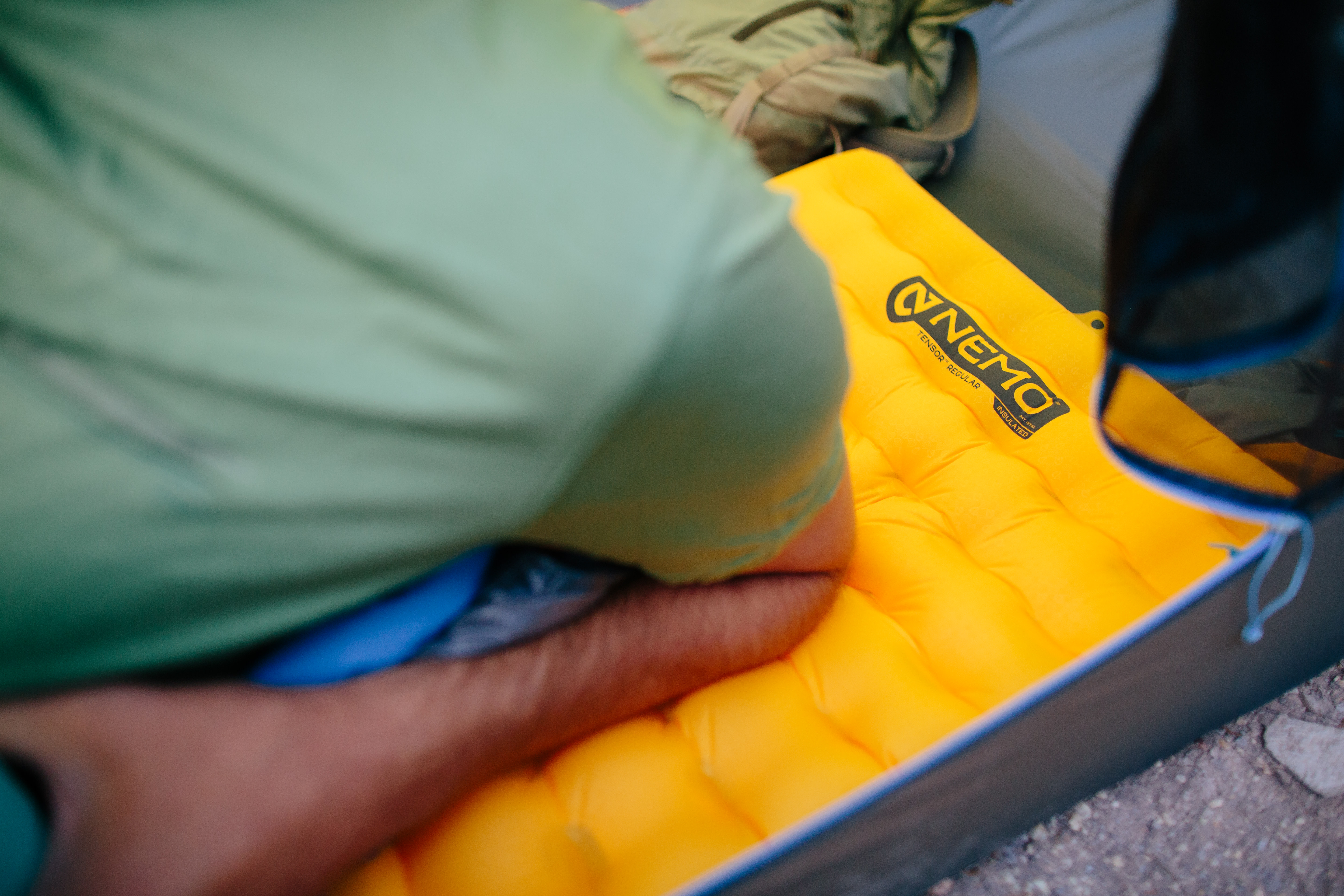 I’m happy to put my hand up and say I was once a member of the 1st. Gosford Scouts. Back in the mid 90’s I literally had the time of my life on the various trips we went on. But there was always one drama, at night you’d usually sleep on one of those roll-up foam pads. Even though they were around 1cm thick, it still felt like you were lying on a pile of rubble.

So how good is this product! It’s called the Nemo Tensor Ultralight Insulated Mummy Sleeping Pad, a mouthful but stay with me. This pad is designed for hikers who don’t want to lug around too much gear. It weighs just 490g and is 8cm thick, packing it away is so easy. In fact it can even be secreted inside a drink bottle.

Comfort levels are very good thanks to a stable cushioned base via what they call Spaceframe baffles. So, you won’t sink into it and wake up feeling like you’ve been doing a Yoga class. There’s two layers of Thermal Mirror metalized film suspended inside so the bed doesn’t produce crinkly noises as you adjust throughout the night.

The Tensor Ultralight Insulated Mummy stays warm, which can be an issue for other inflatable mattress because your body heat escapes downwards into the internal air. A special valve allows for customised control over how hard or soft you’d like the bed to be. It also comes in a range of sizes to suit your sleeping bag and tent size.

The Tensor Ultralight Insulated Mummy Sleeping Pad is priced at $269.95