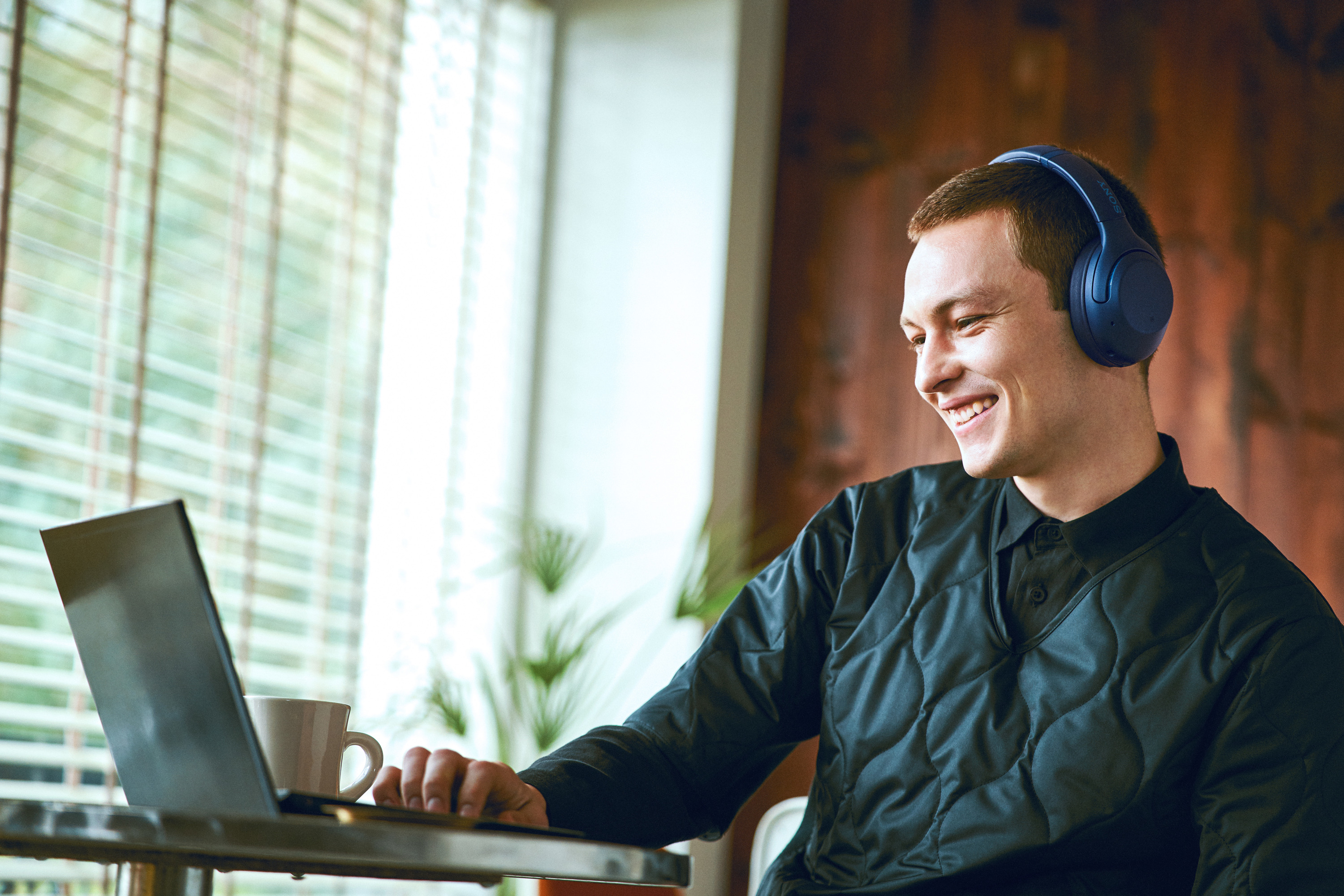 Sony do noise cancelling very well, trust me I know. When I travel the Sony WH-1000XM3 is the only set I use. Now Sony has turned its attention to the EXTRA BASS series, adding some serious noise cancelling software to range.

Using digital noise cancelling it cuts out ambient noise allowing the delivery of crystal clear details for every track. Noise cancelling headphones are always a tad anti-social, especially on planes when a flight attendant is trying ask you something. But thankfully the WH-XB900N include a “quick attention” feature. You simply touch the right ear cup to send the volume down a few notches so you can at least converse with someone without looking like a stunned mullet.

WH-XB900N allow for 30 hours of music playback wirelessly. So you can immerse yourself in bass to your hearts content. If they go flat there’s a quick charge function that allows for one hour of wireless playback after just a 10 minute charge.

The WH-XB900N headphones, available in blue and black, will be go on sale Australia wide from August with a RRP $399.95.