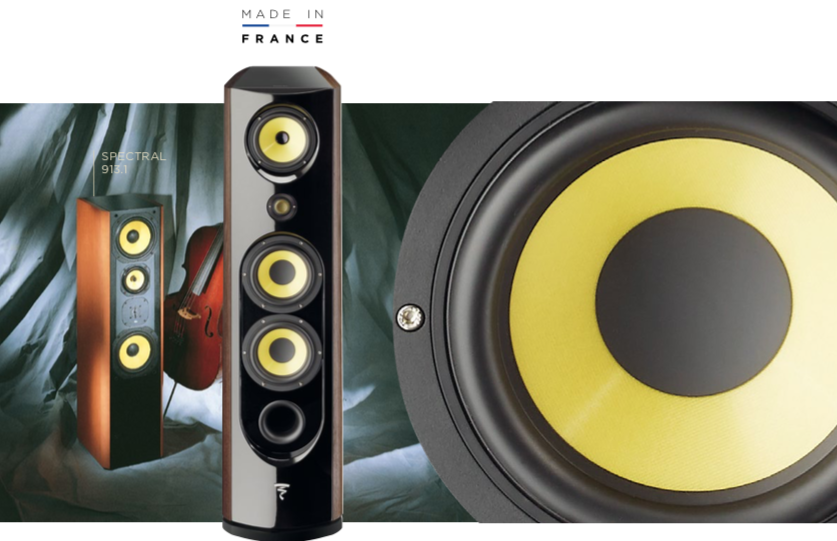 Focal is a very high-end French sound brand that specialises in High-Fidelity products. Recently I was lucky enough to sample the Focal Stellia headphones that are priced at a staggering $4,499.00. Now the brand has gone all out for its 40th anniversary via new products across its range.

The Home collection is the centrepiece of the party thanks new a new neo-retro acoustic loudspeaker. Focal set out to achieve a balance between its heritage and modern day technology.

The end result is the Spectral 40th which incorporates elements from some of its 90’s models, the Spectral 913.1., Futura Antea and Vega. The speaker is made in Focal’s French workshop.

The Spectral 40th is a 3-way loudspeaker, equipped with the very best components and packs epic performance. The dynamic and powerful speaker drivers are fitted with Focal’s well known K2Power sandwich cone, which proudly sports the iconic yellow colour.

This driver has been reworked to produce amazing mid-range and treble, the latter is produced via the latest generation Aramid fibre ‘M’-profile inverted dome tweeter. This is said to deliver “mellow and detailed sound.”

If you love some serious bass the improvements continue with a new choice of acoustic filtering, which uses specific components to extend the frequency range, along with the PowerflowTM vent system, which brings great depth to the bass.

The finish on Spectral 40th sees it housed via Walnut side panels and a high gloss lacquered body with a matte Graphite Black base, it’s truly a one of a kind speaker.

If you have that sort of coin you can order through the Australian stockist BusiSoft AV.